Porsche has been criticized harshly for so many years and by many, for its lack of visual innovations, deficiency of boldness and exaggerated conservatism. Somehow Stuttgart car maker managed to flip the cards and join some pretty daring bunch of brands lately, now being criticized for hurting the heritage. Anyway, Porsche just doesn’t care, ’cause it’s all about the numbers, sales ones, and compared to the beginning of the century numbers have tripled.

That surely means that brand is not going to stop anytime lately and in that sense, quite soon we will welcome another shocker or 2018 Porsche Panamera Sport Turismo Wagon. 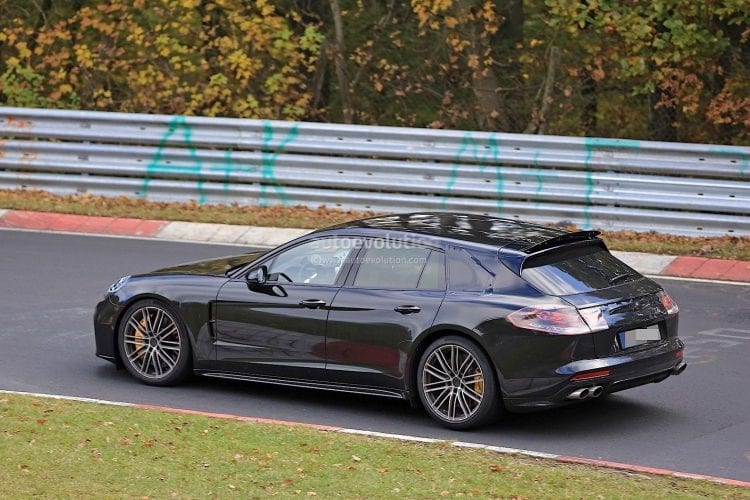 Carrera maker shocked everybody upon joining the game of full-size SUVs with Cayenne in 2002, doing that even before Audi, and way before than Bentley and Maserati, while we are still waiting for Lambo and Aston. So, sportscar brand that never surprises suddenly offered SUV, and it hadn’t stopped there. In 2009 famous 989 concept came to life after two decades, joining the top luxury sedan niche along with S-Class, 7 Series and rest of the group.

After that, the same people were criticizing racing oriented brand offer of least dynamic car species or SUV, and quite intriguing Panamera appearance. Just one more proof that you can never completely please everyone.

Anyway, that didn’t stop Germans innovating, so we have one more SUV model or Macan now, and Carerra lost naturally aspired engine lineup causing outrage with plenty of fans, despite Porsche worked really hard and successfully masked flaws of turbo powered gas guzzlers, and as we see game continues. We won’t even mention the decision of the company to introduce diesel-powered vehicles.

In 2012 during Paris Auto Show Porsche unveiled interesting shape of Panamera. Basically, it is hard to define what already Panamera is, and this took it even further. It showed how shooting brake Panamera could look like, and if you don’t know what shooting brake is, bare in mind it may be the weirdest mixture of body styles, beating even coupe SUV. Simply, it is a child of love between estate wagon or least attractive sedan form, and coupe or most attractive sedan form.

Anyway, Porsche is not joking, as Merc revived long-forgotten class in 2012 with CLS model, expand it with CLA in 2015, and even Ferrari showed its view of it with FF model year before Merc, although with two doors, so expect Panamera to join them during this year, more precisely at Geneva Motor Show. 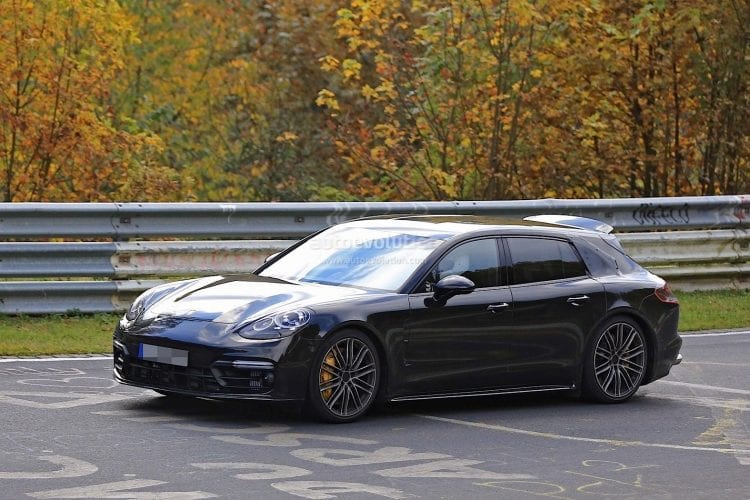 WHAT DO WE KNOW

In essence, we almost know how it will look like. Take the concept and exchange front fascia and interior with the current model, keep the rear and Voilà! So despite carrying wagon genes, it is going to be quite gorgeous, and if you ever belonged to the bunch nagging about Panamera boot size, you are about to be silenced. It is supposed to be priced slightly above regular model, so it will be new flagship, at least until Mission E arrives.

Since Merc is not going to continue the same story with next generation of CLS, Sport Turismo Wagon, is going to be pretty lonely as the same form of CLA is just a fraction of the price and Ferrari GTC 4 Lusso does the opposite making Porsche looking like a bargain. Engine line up stays unchanged so from base 300 horses we climb to 570 in Turbo S version, accompanied by hybrid offer also. Despite not being officially confirmed, expect this one in the US too.

2018 Porsche Panamera Sport Turismo Wagon is another proof that the Porsche is not stopping. If you want a decent boot in highest luxury segments and cornering in SUV is just too annoying for you, or if you are eccentric or attention seeking, there is not much else to turn too. And one more thing, it might turn out to be the best looking wagon in the world.