Porsche 911 is a living legend. It raised Porsche’s name to stardom, and it is always carefully nurtured by its brand. One of its interesting characteristics is an absolute variety of offered versions. You have a myriad of offered power choices through Carrera, Carrera S, Turbo and Turbo S models, if you are more inclined to the apexes than for curbs you can opt for GT3 or GT3 RS. When you are in the mood for a retro feel at the wheel go for R model (actually you can’t anymore as they were instantly sold out), and feel free to choose from three body shapes- coupe, cabriolet and even Targa. Fancy AWD? Even that is covered with Carrera 4 and Carrera 4S models. You see, there is an abundance of choices with 911 and believe it or not there is even more with 2018 Porsche 911 GTS.

You are probably wondering where GTS would fit in all that commotion of different models. GTS moniker arrived in 2011, and it slotted itself neatly between Carrera S model and GT3 one. This is its latest reincarnation, and it is available in all body shapes and both with the rear wheel or all wheel drive.

GTS has quite a number of unique bits to set itself apart from the rest of the lineup, such as changed front bumper, dimmed rear lights, blacked-out exhaust pipes, 20-inch black alloys, black or body colored strip connecting headlights and side mirrors with blacked parts. 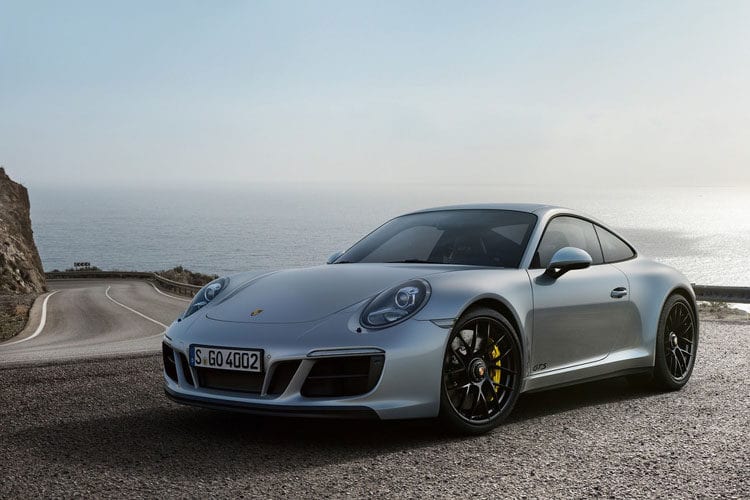 It sits on wider all-wheel drive chassis even in rear-wheel drive configuration. Interior also has a couple of its own special touches, with extensive use of Alcantara for the seats, armrest, doors, steering wheel and parts of the dash. There are also GTS logos, a special way of stitching and racing inspired carbon trim to complement the whole picture.

There is newly, and for Porsche revolutionary turbocharged 3.0-liter V6 version delivering 450 hp and 550 Nm of torque available in very extensive range from 2150 and 5000 rpm. It is revolutionary because it replaced naturally aspired 3.4 and 3.8 engines bringing turbo power to the non-turbo models for the first time. 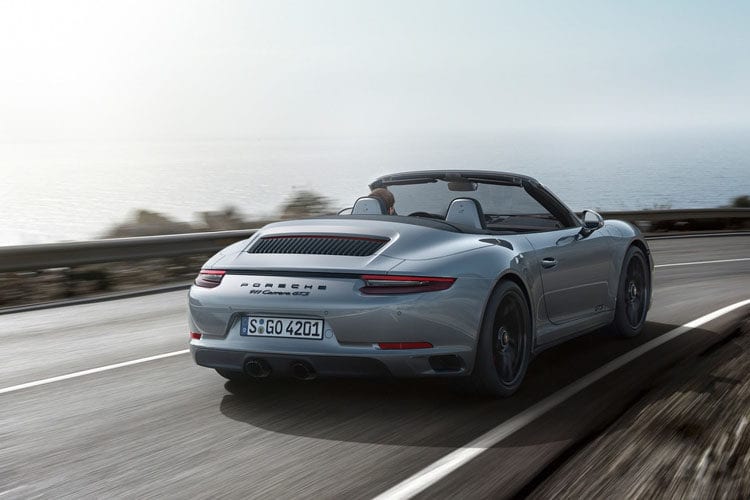 Current Carerra along with S model are using the same powerplant, but in GTS variant it produces 30 hp more than S model has. It is also by 20 hp stronger than previous GTS model and it still can be matched with manual or automatic PDK transmission, probably the best one in the world. 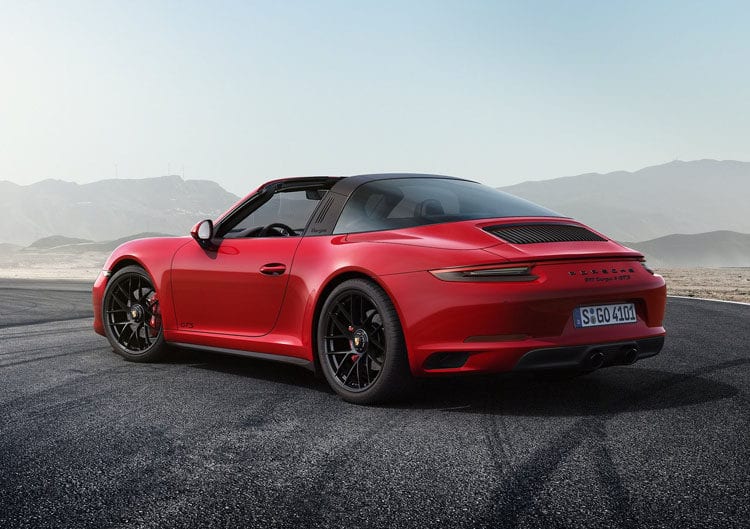 It comes with Porsche Active Suspension Management as standard, which translates to sportier chassis with lowered stance by ten millimeters. It accelerates to 60 mph in 3.6 seconds, and it can go over 196 mph, all while allowing more than acceptable 28 mpg combined.

Sport Chrono Package stopwatch sits proudly at the top of the dash, while Porsche Track Precision app has the ability of automatically record your laps with detailed display and analysis of driving data, which would make amateur car racing enthusiast fall in love with it instantly.

WORTH OF PAYING FOR

2018 Porsche 911 GTS in Europe starts at €124,000 and goes all the way to €145,000 for AWD Targa option. The price is obviously above Carrera S model, but you’re getting plenty for it. It is more powerful, better looking and better equipped than it, while still significantly cheaper than Turbo versions. It is the sweet spot in the lineup, having more than enough charm to tempt you to stretch a bit longer, but saving your wallet from excessive damage at the end.