Pagani made the world drop its jaw when introduced its first model in 1999. It was Zonda back then, and it shocked with appearance, eccentrically lavish interior and later with track times. Zero to sixty time wasn’t the best, but there was nothing closer to Formula 1 car on the track. This thing was impossible to derail as it was absolutely glued to the pavement and its lateral Gs shock the world instantly.

If you are looking for a gorgeous roadster that will go almost as fast as you like, the new Pagani Huayra is a clear choice. This model will be introduced at the 2017 Geneva Auto Show, but the company decided to reveal it a bit earlier. 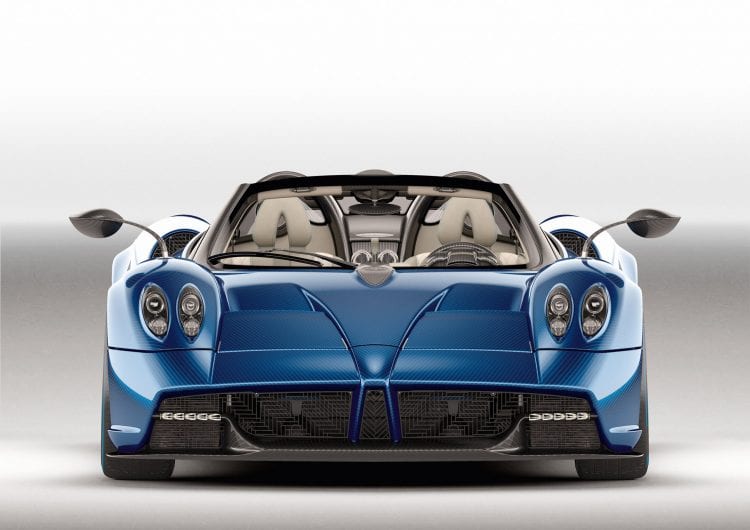 The founder Horacio Pagani described their latest addition as, “The pursuit of beauty as a fundamental concept, an unbridled work of art, intelligence and open-air passion.”

So far, other than its amazing looks, we know that the vehicle will have a twin-turbo Mercedes-AMG V-12 sourced engine, just like the Huayra coupe, that is good for 754 hp and 738 lb-ft of torque which is more than the ultra-limited Huayra BC has. An ATM seven-speed transmission is built by X-track and paired with the mid-mounted engine. Only 100 units will be produced and sold at around $2.4 million without applicable taxes, and if you were hoping to get one, you are already too late as all those supercars already found their future owners. 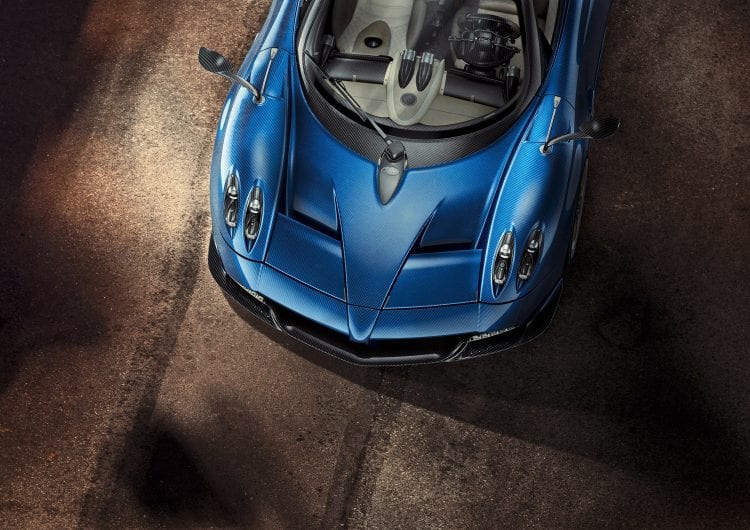 When it comes to chassis, in the front and rear it has steel tubes with a Carbo-Triax HP52 and Carbo-Titanium monocoque. As Pagani says, “a 52-percent increase in stiffness, at the same weight,” is achieved with that setup. However, the coupe version and the roadster have different weight. The coupe is 176 pounds heavier than the roadster which sits at 2,822 pounds.

The new model features an aggressive lower grille, roll bars, wider wheel arches, a soft fabric roof which you may activate quickly and a carbon hardtop that includes glass moonroof.

“If we think of the Huayra Coupe as a personification of elegance and timeless lines, the Huayra Roadster is here to be the rebellious sister, shapely and beautiful, but with a sharp edge for those who are careless,” explained beautifully by Pagani.

The model will feature a new suspension system that was built out of HiForg lightweight aluminum alloy and developed specially for Huayra. 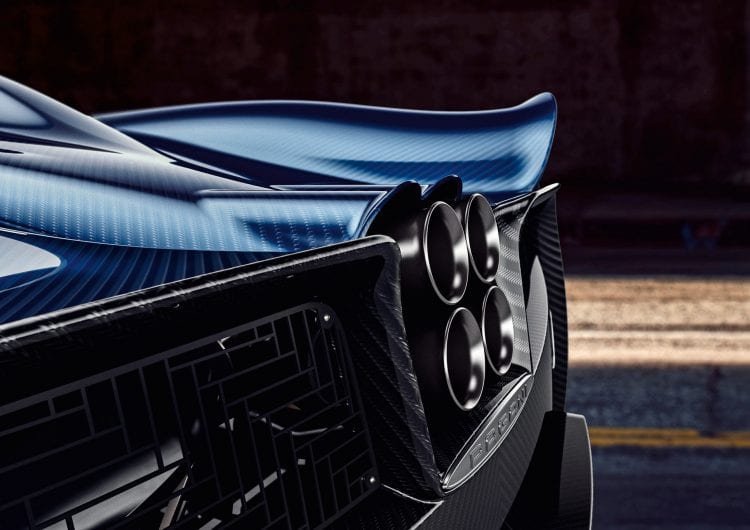 Pagani revealed, “This lightened the car by 25 percent, compared to the Huayra coupe, an extraordinary result for a car already considered the paragon in optimizing power-weight ratio.”

Huayra came as second part of the story in 2012 and since all 100 models were sold a long time ago, and special BC version was introduced it should be the right time for roof removal too. In January last year it was confirmed that roadster version is set to debut at Geneva Motor Show in March this year, so it is time for us to pay attention to upcoming 2018 Pagani Huayra Roadster. 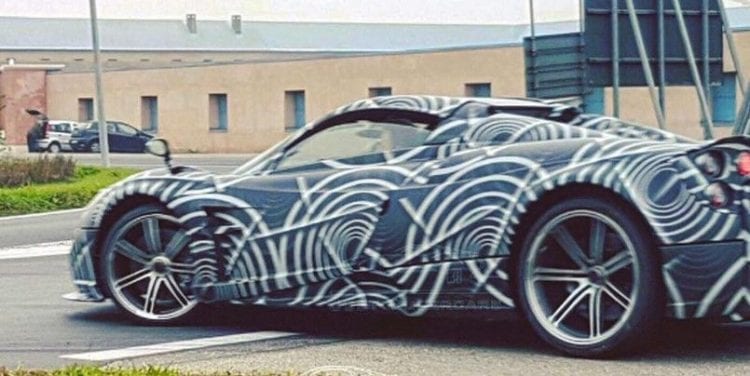 Almost nothing is officially known at this moment, but some rumors are suggesting that roadster will not be a just coupe with a retractable roof. We should expect a lighter car, with more power and optimized chassis tuning. So it should be a model that has been properly taken care off, trying to at least in part justify probably outrageous price tag.

We have one leaked image and gift from Pagani in the form of teaser photo. It is not much but is plenty to reach some general conclusions of the upcoming model. From leaked picture, we can see that rear end is changed, with different diffuser and center section. Also, there are two elegant flying buttresses preserving V shape of the roof. From the teaser image, we can see that front bumper is going to be revised too so that the roadster will receive its own styling signature from all sides.

Interior is going to be borrowed from coupe version in total. That translates to leather, aluminum, and Alcantara in unprecedented amounts and forget about the plastic as Huayra never heard of that. Whether it is work of art or an ugly vehicle is on each of us to decide. Options for personalization are limitless, and every buyer can create its own masterpiece or commit visual negligence. In either way, Huayra interior is something that we don’t see that often even in the supercar world. 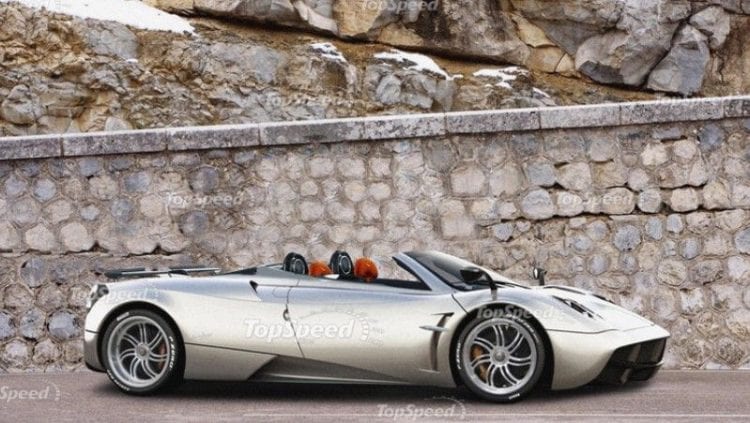 2018 Huayra Roadster UNDER THE CARBON

Expect the real masterpiece developed by AMG. This means 6.0-liter V12 that delivers 739 hp in the regular version, and since BC is bringing an increase in power, the roadster is probably going to slot in between. BC version is also lighter than the standard model, and since it was rumored that roadster would feature reduced weight compared to the coupe, we predict that it will slot in between those two in this situation also.

With more power and less weight, despite reinforcement mandated by cabriolet form, roadster will likely feature better acceleration time than one of the coupe, but still lagging behind hard-core BC version.

It is a stupid question in this case. Huayra is priced at $1.4 million, and all 100 units were sold without Italians breaking a sweat. It is going to be the same story with upcoming 2018 Pagani Huayra Roadster which would probably carry the $2 million price tag. Anyway, the price just means nothing in these heights.

We all admit that there are extremely cheaper but technologically even rivals to it, but also we all admit that it has its own unmatched charm. In conclusion, with limited production numbers, Pagani has proper bait for all those who can afford it, and they are ready to wait for it as long as it takes. 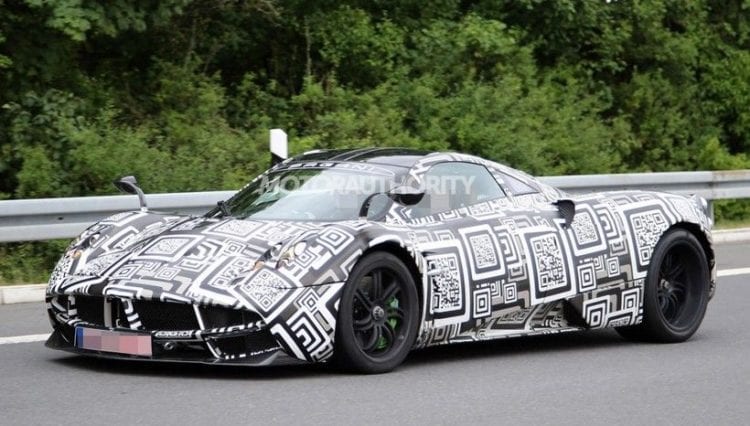