Mitsubishi offered compact MPV named RVR or Space Runner in two generations from 1991 till 2002. In 2010 RVR was back, but not in a way that anyone could imagine. It transformed from compact MPV to compact CUV, and you know it as Outlander Sport if you are in the US or ASX if you are across the ocean. The current generation was introduced in 2010, meaning it is kind of dated, so today Mitsubishi tried to freshen things up with another facelift. Let’s see if the changes that the 2018 Mitsubishi Outlander Sport bring are enough to keep it afloat until new generation arrives.

ASX managed to borrow from Lancer a quite aggressive fascia when it debuted, which was a bold move for one small SUV. That made it interesting, but honestly, there was not much besides that. Just two years after introduction Japanese company brought refresh, quite a mild one though, but in 2015 again another face-lift occurred, but this time more thorough one. 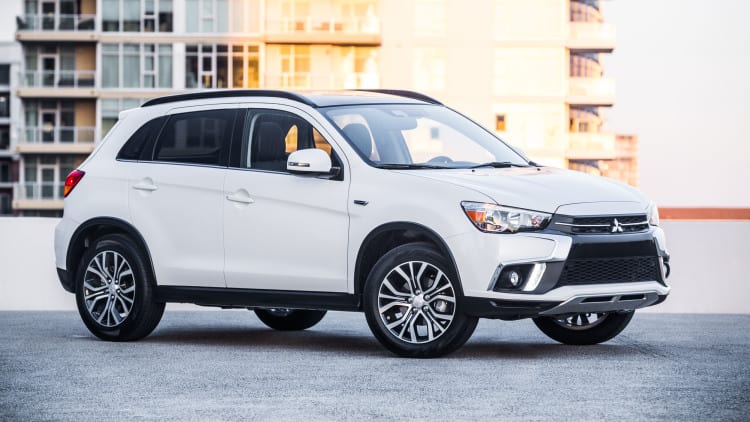 The fascia was heavily redesigned with the incorporation of Dynamic Shield styling approach, while rest of the car was neglected. Guess what, we are here again to speak about another redesign, and that would make it no less than the third one. We are usually accustomed to one before next model arrives, but Mitsu is reluctant, I guess, on this topic.

Don’t worry Dynamic Shield is still here as that is the only good part about it. It is just moderately modified as grille lost vertical slats and received meshing, the upper segment has thin chrome line, and we have horizontal LED daylights right next to the fog lights. 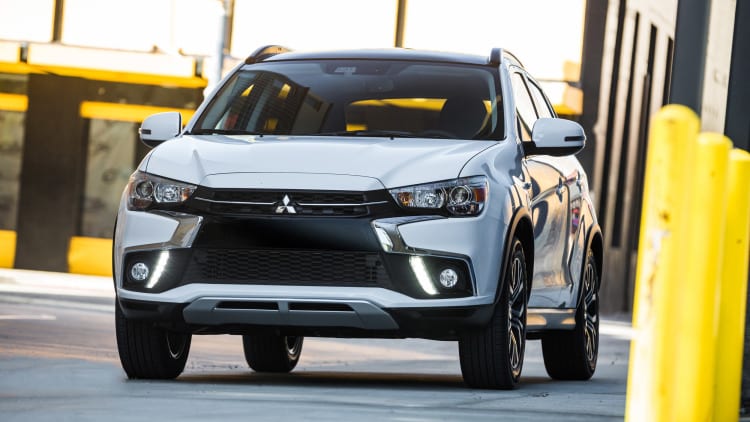 Finally, Mitsubishi has remembered that things, as the back of the car, also exist and it paid attention to it for the first time. We have smoked tail lights, silver skid plate, and totally redesigned bumper. It looks incredibly more modern now, compared to the pre-facelift model, but not compared to any rival.

Japanese have also decided that maybe it’s time for the cabin to see some improvements and eventually did something in this area, though not much. We have a new steering wheel with open lower spoke decorated with chrome and gloss black inserts, dash received gloss black cover and shape of it is slightly changed along with the lower console. 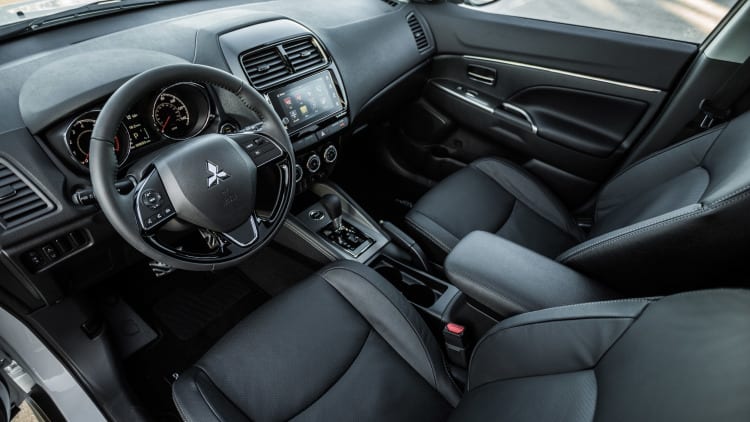 One of the main things is the 7-inch infotainment system, which Mitsubishi calls Smartphone Link, which supports Android Auto and Apple CarPlay. As for equipment area, you can stuff this little Mitsubishi with quite interesting things. Touring package brings some luxury connotations with a panoramic sunroof, rearview camera, and automatic high-beams, but it also offers something in safety area with automated emergency braking, forward collision warning, and lane-departure warning.

To make things clear from the beginning, newly developed turbocharged 1.5-liter petrol engine destined to power new Eclipse Cross is not here, at least not yet. You can settle with existing 2.0-liter and 2.4-liter naturally aspirated petrol engines, first rated at 148 hp, while later deliver 168 hp. Both are dated and going above 2.0-liters became rare in this segment, so Japanese should hurry with the introduction of the new engine, that is far more appropriate for these times.

No! Same as it wasn’t with the previous redesign because Dynamic Shield design philosophy is mostly just about fascia and upgrades in that segment, forgetting that every car also has other parts. Grille looks good, but not the rest of the car. Everything else is visibly dated, dull and boring and there are no special moves in technology or engine area to compensate that. 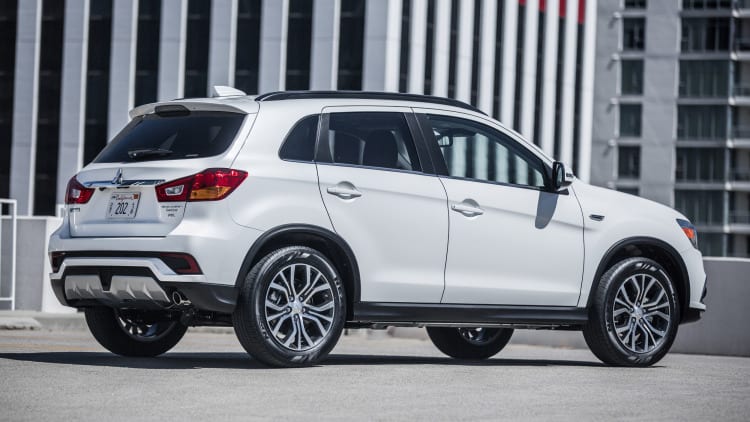 2018 Mitsubishi Outlander Sport is a heavily dated thing, and it just can’t keep up with any of its rivals in almost any area. If you have to spend between $20k and $28k, you have plenty of better stuff to look at, so when it debuts on New York Auto Show it will hardly change something for the brand.