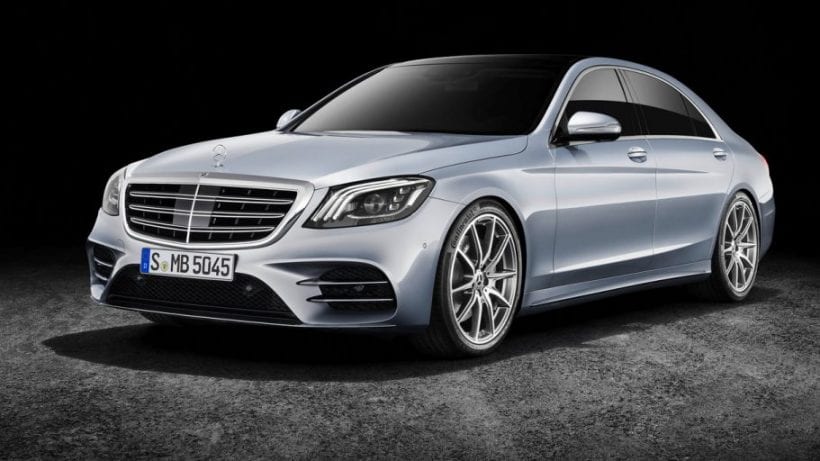 By now we all know Mercedes and Maybach story and how that ended. But just two years after Maybach brand went to history it reemerged, this time it comes as a special version of Mercedes vehicle. This proved as the right move, and we know it is not the same recipe especially keeping in mind price tags, but pure fact that Stuttgart manages to sell way more S-Classes with Maybach badge in one month than Maybach managed to sell both of its models in one year is purely astonishing. The current generation of S-Class debuted in 2013 while Maybach model came in 2015, the recently revealed refresh swept the whole S lineup, which also includes 2018 Mercedes-Maybach S-Class, so let’s see what’s new.

On the outside Maybach is nothing more than stretched S-Class, keeping the visual side of it almost intact. We said almost as some things differ as unique alloys, ticker grille slats and chromed window frames and additional use of chrome in other places.

Refreshed regular S-Class now features the same grille as Maybach, but special badge now comes with unique front bumper with larger intake and lots of inserted chrome in it for an extra dose of lavishness. That is a nice move from Germans giving extra credit to this special version. Headlights are refreshed in line with the regular model coming with configuration and three LED strips for daytime lights, probably future signature move for Mercedes, along with a new layout of tail lights.

Interior also received some upgrades. Two 12.3-inches screens representing instrument cluster and infotainment display previously placed on two glass surfaces merged into one piece, which is a more elegant solution. On top of that, we have a new steering wheel with touch sensitive buttons, which we saw previously in latest E-Class. The cabin became an even more lavish thing with new “wellness while driving” invention. 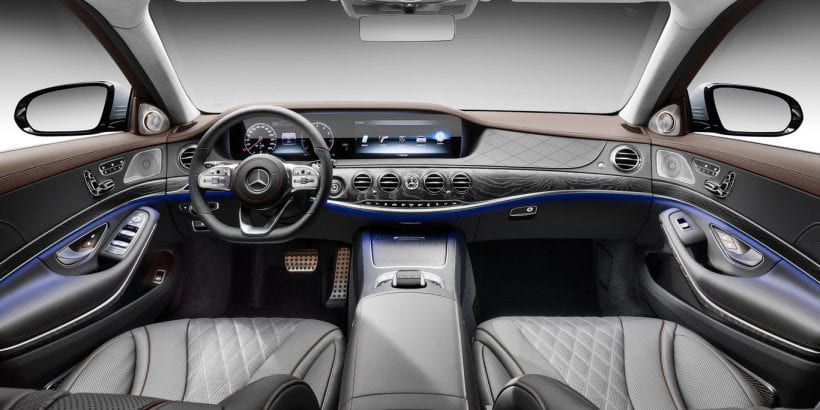 The system plays with several points in the car trying to create a special environment based on one of six programs that you selected. It meddles with climate control, fragrance dispenser, seats heating, ventilation or massage, wall heating, ambient lighting and it even picks appropriate music, trying to adjust everything to resemble Freshness, Warmth, Vitality, Joy, Comfort or Training, while each of those programs lasts 10 minutes. Astonishing, what else to say. 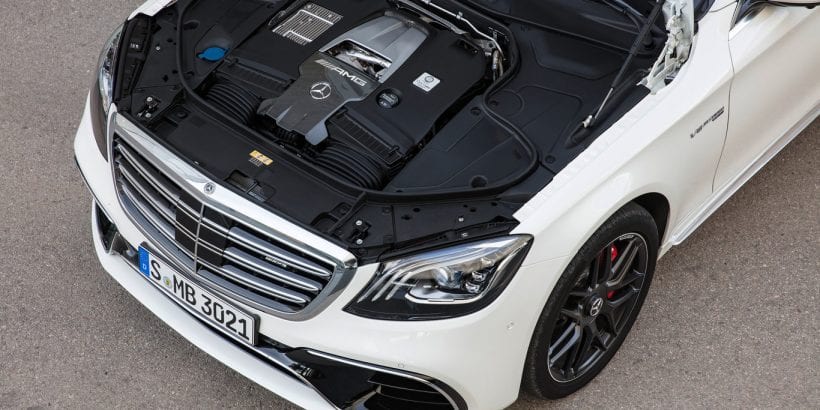 Maybach S600 model carries on unchanged with 6.0-liter twin-turbocharged V12 delivering 530 hp and 612 lb-ft. Even the V12 has more cylinders and bigger power output we need to say that the engine is quite dated and it can’t actually properly compete with new V8, which is evident with on its extremely short power band with hard to reach peak torque point. Yet, just the notion of owning twelve cylinders under the hood is enough for many buyers, hence the continuous offering.

2018 Mercedes-Maybach S-Class starts at $167k which is significantly below Bentley Flying Spur and grossly lower than Mulsanne or anything from Rolls. Its badge and offering are obviously not so special, but once you are inside, you might feel as exceptional as in one of them. The whole interior is soaked in lavishness and luxury, and we could bet you will enjoy special “wellness” treatment. One more point to the Germans goes because of the new bumper and effort to visually distance this model from regular S-Class, while overall conclusion remains the same. This is the most reasonable purchase for the world of people being chauffeured around.