Maybach is one of the oldest car brands in the world dating back to 1909. It was mainly focused on the production of engines for different purposes, and ten years after it was founded, the first car was built. German manufacturer did deliver some other models until WW2, but not after. It was purchased by Mercedes in 1960, and no vehicles were offered carrying its name or badge until 1997.

That was the year when the brand was revived with its own two models 57 and 62, which was the same car with different dimensions, while actual number depicted that length in decimeters. Despite having only one direct competitor, Rolls Royce Phantom, Maybach sales were appalling, and brand again felt in oblivion in 2012, though just shortly.

Obviously, Maybach as a brand on its own hasn’t shown enough strength to survive on the market, so Germans have to redesign strategy around it. At the same time, Mercedes is one of the most recognized and worshiped names in the auto world and incorporating Maybach as a sub-brand into it gave better promises of its future. That lead to the new revival in 2015 when S-Class was revealed with Maybach treatment. It was 20 cm longer than the long-wheelbase version of S-Class and luxury was upgraded to a whole new level. 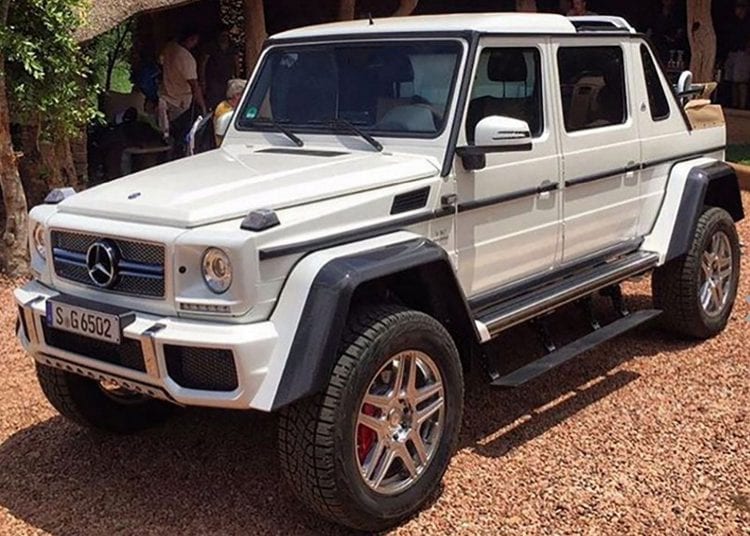 This approach brought new pricing, and special S-Class is more competitor to Rolls-Royce Ghost or Bentley Flying Spur than it is to Phantom or Mulsanne. We should just mention that currently, Mercedes sells in one month and only in China more “special” S-Classes than it sold Maybachs 57 and 62 in the whole one year in the past. We all knew that Benz is not stopping there and everybody waited for GLS to receive its portion of lavish luxury, till now, as Germans had some different plans installed and apparently G-Class had its go first.

Apparently so. The video leaked and it represents future Maybach model, and it isn’t one that everybody was expecting to come. First thoughts when video surfaced was that it was about pick up version of G-Class, but badges on side cleared out all doubts. 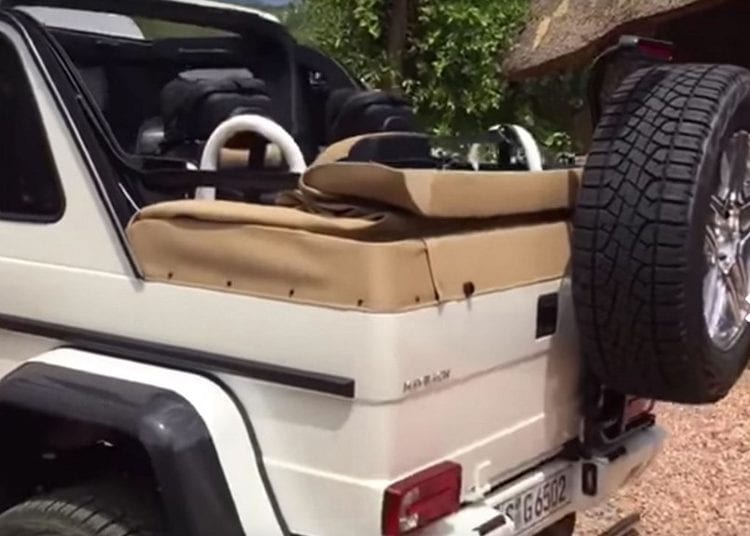 The model will be called 2018 Mercedes-Maybach G650 Landaulet and if you remember we already had Landaulet version of 62 model, making it more than interesting. An open-top version of SUV is rather more controversial, but let’s trust in Mercedes judgment as G63 AMG 6×6 was sold out with no problems despite the outrageous price and not so sophisticated looks.

WHAT DO YOU GET?

G500 4×4 carries the hefty price tag of $225,925, and Maybach should go well above that figure, as that is the model it is based one. This also means huge ground clearance, high riding portal axles, swollen fenders and 6.0-liter twin-turbocharged V12 boosting 621 horsepower and 738 pound-feet of torque, which by power easily rivals AMG version. In addition to that, wheelbase is stretched to 3428mm so it can accommodate the third row of seating and classic Maybach luxury is expected inside.

Rumor says that only 100 of them will be built and they are supposed to hit the streets, or maybe more sand, during this year. We don’t see a problem for it to be sold out instantly, despite the price, whatever it will be, as oil has not depleted yet, right?