The mid-size truck segment is booming, with more and more automakers entering the area. There are many models that are expected to be released in the nearest future in this market, with 2018 Mercedes GLT being one of the most anticipated ones. The spy photographers worked days and nights to bring us some photos of this model, and they finally succeeded.

Before we proceed to the actual review of their photos, let’s discuss a background a little bit. Clearly, the model will be the German automaker’s response to the growing mid-size truck segment and an attempt to strengthen the position on this market, especially in the U.S. There, the Germans will enter the segment for the very first time with the real potential to be successful with all that experience and reputation. We anticipate this model to be great with high price being the only possible disadvantage of GLT if compared with the competitors. Also, it is a first such project for Mercedes that cooperated with Nissan because of their experience in pickup manufacturing. As the result, the GLT will be based on the platform of the Nissan NP300 Navara when it will enter the market the next year.

What the Photos Showed: Exterior

The vehicle we see in the spy photos is almost entirely covered with camouflage, so we cannot really see a lot of details. However, that does not mean that we have do not have something to discuss. For example, we saw that the grille on the GLT will be quite large with the elevated hood and expansive shoulders; these features are very popular on the American truck market. The headlights are also going to be very large and just below them, there are openings for air vents. So far, the body of the vehicle carries a lot of Nissan elements.

Next, the bumper on the vehicle is going to be massive, which reminded us of a lot of modern SUVs. GLT will be a tall truck, so the automaker has provided side steps on each side to make it easy for the driver and passengers to get inside the cabin. The side steps, by the way, appear to come straight from the catalog of Nissan additional parts. As for the wheels, it is safe to assume that usual 21-inch units will be expected in the basic configuration with some optional ones. 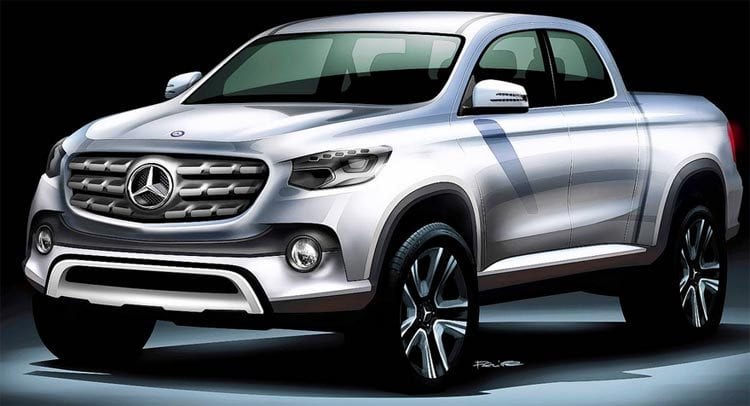 The rear of the vehicle is a massive cargo bed that should meet the needs of the most demanding customers because of its size. It is also possible that cargo bed will contain some practical and useful features, such as the ability to open tailgate down and sideways, speaker system integrated into the bed walls, and storage for spare tools. We expect the payload capacity of the cargo bed to be around 1,500 pounds (680 kg) or more because it would be consistent with the other upcoming mid-size trucks on the market, such as Honda Ridgeline.

At this time, the interior of the vehicle appears to be the biggest mystery because not a single spy photo provided a good look at what is inside the cabin. All we can do here is speculate but it will be really great to see what the Germans did with the interior because of the following reasons. 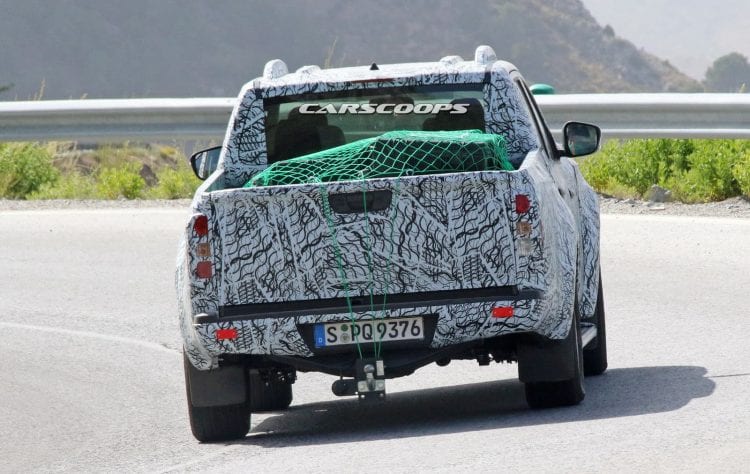 The history of the pickup trucks showed that their interior tends to lean more toward functionality than aesthetics but the Germans are known for their luxurious cabins with leather seats. The Mercedes can become the first manufacturer of pickups that incorporate a lot of modern functions and luxury into them, which would be fun to see.

It is still very early to talk about the engine as well, but we can certainly speculate over this as well. We think that the model will be equipped with gas and turbo diesel unit in 4 and 6 cylinders configuration, which seems as a standard engine selection for modern mid-sized pickups. Let us make the prediction of the horses and torque by reviewing some of the latest German offers in the segment. 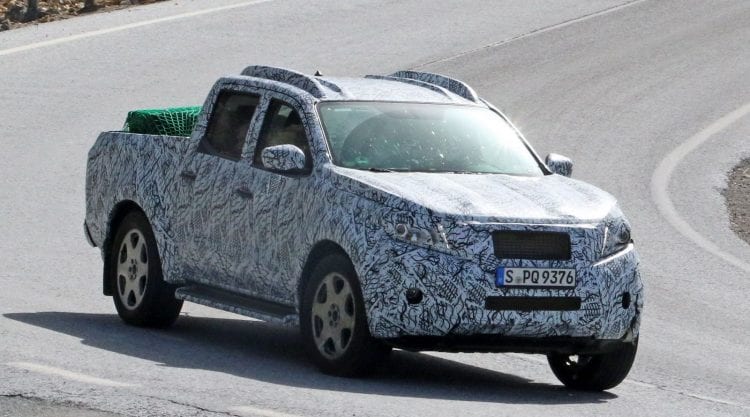 For example, the latest VW Amarok’s engine produces 177 horsepower, so we think that Mercedes will take this capacity one step further to deliver around 205 horsepower and 258 lb-ft of torque. If the vehicle will be using a familiar Mercedes 2.0-liter engine, it is likely that it will be coupled with an automatic seven-speed transmission that allows both FWD and AWD. Also, this engine should accelerate the GLT to 60 miles per hour in around 8-9 seconds with the top speed up to 130 miles per hour.

That’s all we can really predict at this point but it is likely that Mercedes will provide some premium engines as well, such as V8 unit. Let’s wait and see.

The new GLT it expected to be unveiled in Europe in late 2016 or 2017. The cost of the vehicle is difficult to predict at the moment but we think that the price will start from around $30,000 to keep consistent with the prices of competitors. For example, the current VW Amarok’s basic configuration starts at $27,000 without options. Also, some reviewers suggested that Mercedes will be manufacturing GLT for the U.S. market at its Mexican plant to avoid tariffs.

We cannot wait to see the GLT because it will be the first truck from Mercedes, which is very exciting because this company knows how to impress us. It is expected that the model will be great but the automaker is yet to release the details and all we have at this point is a few spy photos of GLT covered in camouflage. 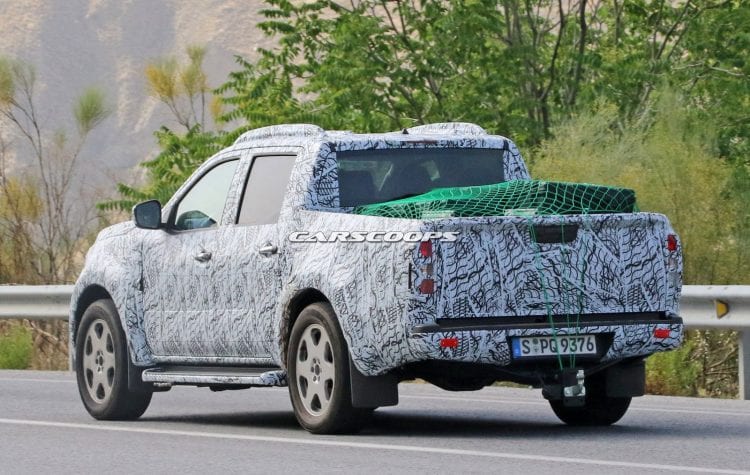 Despite the lack of information, we can assume that cargo capacity of the vehicle along with the engine performance, will be outstanding based on the photos and other models in the segment. Moreover, it would be fun to see the results of cooperation between Mercedes and Nissan because GLT carries the underpinnings of Navara.