Three years has passed since Mercedes revealed latest S-Class and keeping in mind that German car maker is going to respect its seven years lifespan, we could all sense that refresh is around the corner. Debate whether current model needs it could be endless as it looks as good as new. Anyway, ones named Sonderklasse, which is German for a special class, expect on its own that it should have special treatment, and in that manner, we can assure you that facelift is near as camouflaged vehicles roam around at this moment. So, what you could expect from 2018 Mercedes-Benz S-Class?

Current styling is impeccable. It looks stunningly fresh despite reveal date and can still proudly stand next to new BMW 7 series or new Cadillac CT6, let alone current Audi’s A8 which is waiting for its dismissal. Used design clues, later transferred almost unchanged to smaller C and later E class proved as a nuclear explosion in terms of booster for sales, so we don’t expect radical changes.

It will probably provide much subtle redesign compared to the previous generation, and we expect minor changes for front and rear lights, larger air intakes on the front bumper and modified area around exhaust at the rear. Additionally, we can see from spy photos grille is also refreshed, as it has now three slats instead of four. 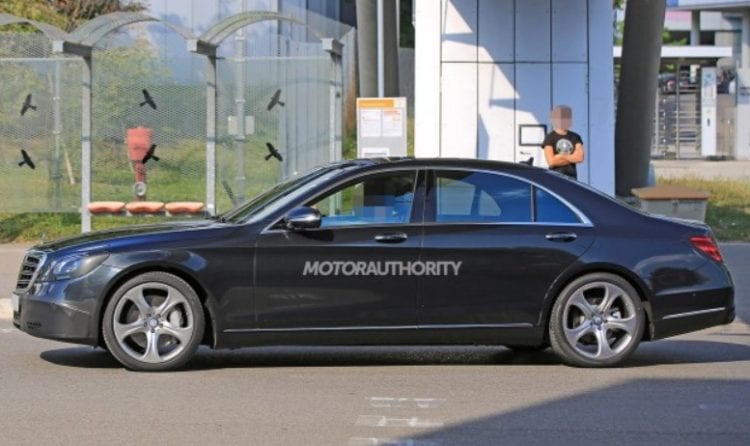 Interior is lavish in both quality and design, and while it is the ultimate mixture of both, it would be sacrilegious to change something dramatically. Visually expect new touchpad and lack of buttons between screens and it end there. On the contrary in the tech department, a lot of new things are expected. It is not that S-Class is outdated there, I can’t believe that I wrote that word, it is just Mercedes is working around the clock all the time in order to preserve its legacy and top spot in the segment.

So, new E-Class brought some novelties and model in question is bound to get them too. We are referring to touch sensitive controls on steering wheel, upgraded infotainment system with redesigned menus and functions and finally Drive Pilot, which can enable the S-Class to follow the car in front at speeds of up to 130 mph, giving it the designation of the semi-autonomous vehicle.

Don’t expect changes here as everything is up to date. Maybe the minor increase of horsepower up to 15 is possible, but nothing more, as competition didn’t jeopardize current line up consisting of S550, S550e, S550 4Matic, and S600 for US market.

SHOULD YOU WAIT FOR IT

When current generation was introduced, compared to latest it was more comfortable, it offered better ride and tech part was like a candy store for any geek out there. If you are hasty, just go and buy S-Class now as it is perfect anyway. But if you are at least tactical wait a little bit more for this 2018 Mercedes-Benz S-Class which is like adding a dash of cinnamon on top of the perfect cappuccino, yes it was perfect before but now it just got even better.