When Mercedes-Benz introduced new S-Class in 2013, we were all amazed by its refined aristocratic look. A year later came the C-Class looking quite as an S-Class. Surely you wouldn’t confuse those on the streets purely because of the sheer size difference, but on the pictures, it was quite possible. When new E-Class was preparing to arrive, we all suspected what Germans have installed, and we were right. They all look pretty much the same on the outside, but they are all gorgeous, and sales figures confirm that. What goes for sedans, count for coupes, with being impressive is part of the equation, and finally, we have 2018 Mercedes-Benz E400 Coupe in front of us.

E-Class is obviously going to resemble both C and S-Class coupes. But which one more? In its case, it is S, which is good as it poses as sort of reasonable alternative to it. It borrowed its hood with two bulging lines, grille and headlights are very similarly shaped, although that counts for C-Class also, while bumper and air intakes are entirely different. 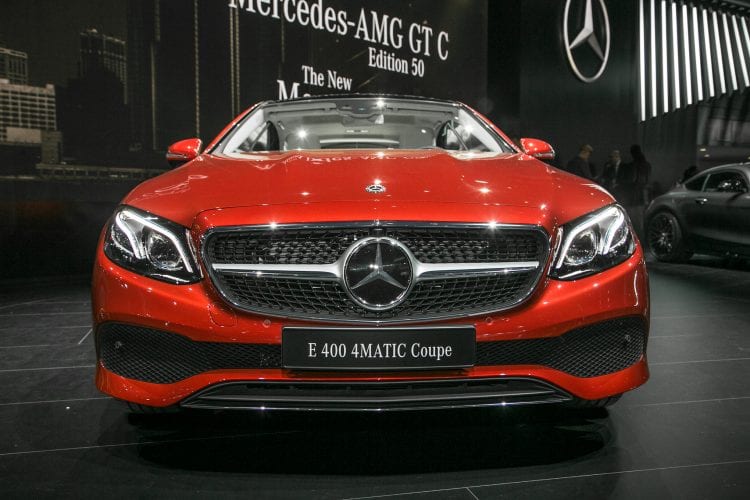 The rear end is again very similar, tail lights are slightly slimmer, but there isn’t chrome line connecting it and area of lowest of bumper around exhaust tips is differently styled. Side profile of C and S-Class coupes is almost identical, but here E-Class went its way. The bottom line that stretches across the side is present, but dynamic upper one is not. Maybe small change, but it actually enhances elegant side of the story.

The cabin is taken from the sedan and is stunning obviously. With two 12.43 inch LCD screens, incredibly refined design and way more than suitable materials, it really puts into question extra payment for S-Class’s one. One of the downfalls is noise at highway speeds, bit over the limit for this type of luxury. 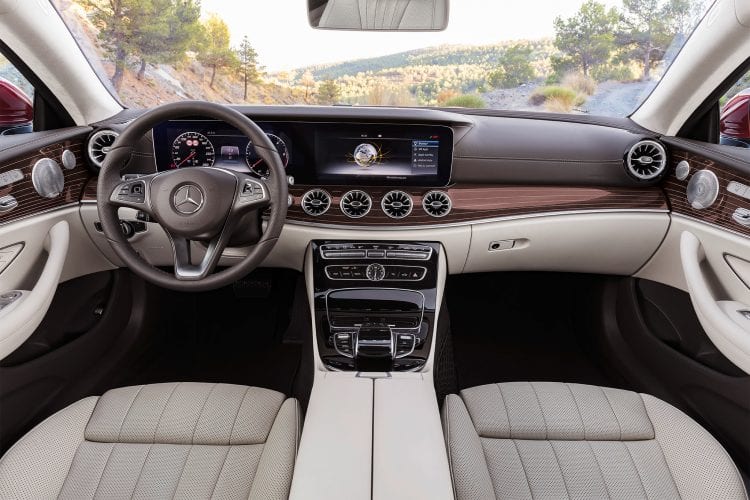 But since we mention highway, the car can actually drive by itself over there keeping an eye on speed limit and even change lanes autonomously so maybe we can pardon mentioned shortcoming in this case.

Approaching the US shores with only one model is a decision taken by Germans, and that model is E400. That stands for 3.0-liter twin turbo V6 delivering 329 hp and 354 lb-ft of torque, matched with a nine-speed automatic transmission which sends power to rear wheels, AWD expectedly being an option. It takes just 5.3 seconds to 60 mph, while still managing to allow 29 mpg combined. Mentioned V6 is top offer in the regular lineup, while Europe gets turbocharged L4 with two power outputs and one same size diesel unit. Eventually, AMG version will also arrive in the US, but it is still early for that.

Mercedes offered three choices in this area, Direct Control as base setup, Dynamic Body Control with adaptive dampers and Magic Body Control or air suspension. The outgoing model was soft in all cases, but this one tries to compromise. It still doesn’t pose as master of corners, it is more luxury ground tourer, but let’s say that you can squeeze more g out of it. 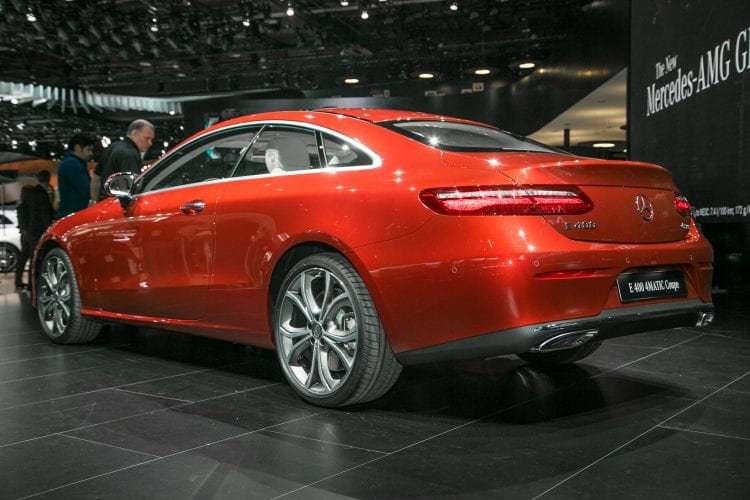 But you don’t want to. It doesn’t call you for that type of road manners, besides it getting shorter wheelbase, lower center of gravity and widened both tracks compared to the sedan. Air suspension does bring less body roll, but on erasing unperfections of the road beneath, adaptive dampers are more than suitable, so you could save quite a sum, avoiding air stuff on the options list.

Current price is $55,000, and 2018 Mercedes-Benz E400 Coupe should not differ much. That is around $12k more than C-Class, entirely justified by increased size and luxury, but less than half of price of the S-Class coupe. Let’s say that E, in this case, does get quite near S, making this elegant cruiser top choice as far as Stuttgart elegant part of the lineup is concerned.