The German automaker is working on the third generation Mercedes-Benz CLS which will be a bit different both in design and name. Instead of “Benz” new vehicles will be branded with “AMG” nameplate. However, a four-door coupe based on the E-Class will surely be manufactured just under a different name.

Our cameras managed to capture a vehicle with a heavy camouflage and judging by the latest Mercedes-Benz nomenclature that appears to be the 2018 Mercedes-Benz CLE. Every three-pointed star model is connected to the corporate platform it corresponds to with a suffix. 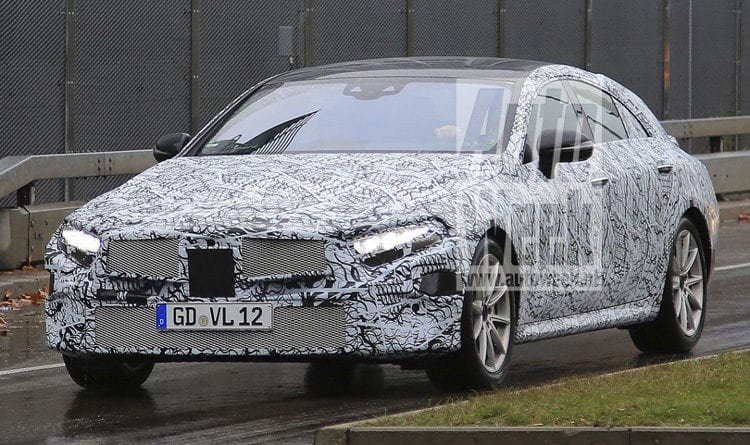 When it comes to sports cars, it is SL, and for SUVs and crossovers, we have GL letters. However, when it comes to the core models (A-Class, B-Class, C-Class, E-Class and S-Class), it is a different story.

Just like the latest E-Class, the new 2018 Mercedes-Benz CLE will have the same Modular Rear-wheel-drive Architecture (MRA) platform. Given the fact that its official debut is at least a year away, we have every right to assume that the power will come from all-new modular engine family. 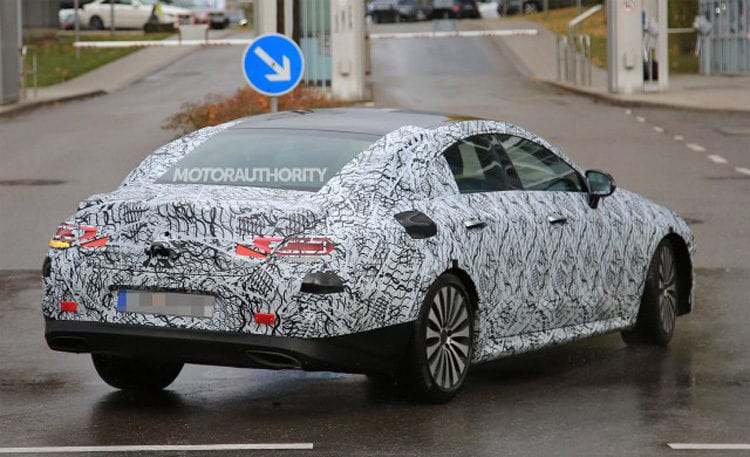 The new units have less in common with E-Class and more with 2018 S-Class facelift lineup. Instead of V6, the new vehicle will have an inline-six engine with a 48-volt mild-hybrid system. The Multibeam LED headlamps from the current CLS will most likely be used on the new CLE giving it much thinner headlights and meaner appearance. 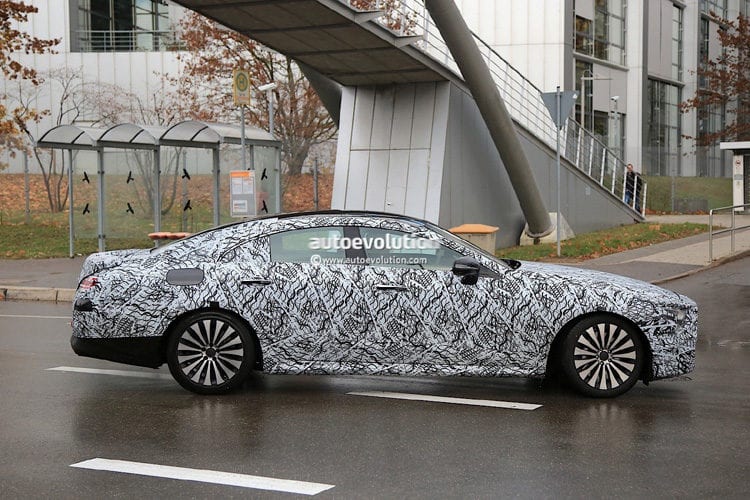 Even under that camouflage, some design changes can be spotted. The hood might be just a tad longer, and the gigantic rear overhang is the same one from the CLS. Mercedes-Benz never manufactured a car with taillights that join in the middle, but this might change with this model. Something similar could be seen on few Porsche 911 vehicles. The pre-production prototypes should start showing up during the next year.