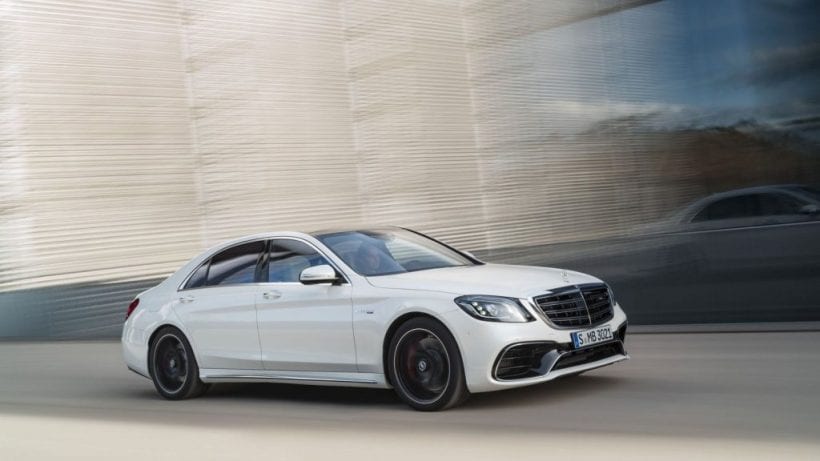 Mercedes has just revised S-Class after four years on the market. Refresh swept whole S lineup and while we covered Maybach part of it, let’s pay attention now to spicier side or 2018 Mercedes-AMG S63.

The first thing that you can instantly notice are new headlights with new shape and layout. Among else, incorporated daytime lights are offered in the form of three thin stripes which will probably find its place soon in the rest of the brand’s lineup. The grille is also new with just three, but thicker, slats, which was prior to this facelift reserved just for Maybach version. We also have new 19-inch Y-spoke alloys painted black, while S65 version gets one inch more in size. 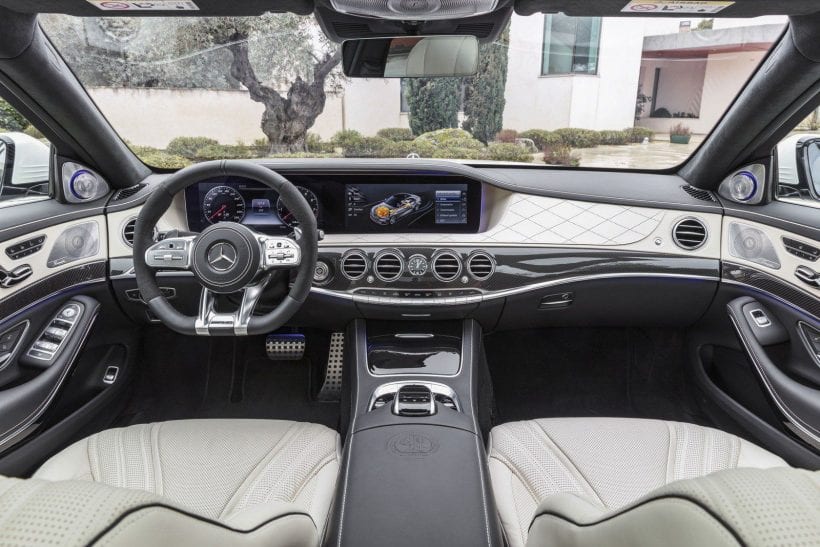 At the rear, taillights feature new configuration and all visual changes mentioned so far are shared between AMG models and regular versions of S-Class. AMG only thing would be reshaped lower part of rear bumper still retaining quad exhaust outlets and brand new front bumper. When S63 AMG sedan debuted in 2013 look of the front bumper was totally in line with previous AMG badged Merc’s vehicles, but that was the same year when refreshed 2018 Mercedes-AMG S63 hit the roads with new “floating” styled AMG bumper.

This design soon found its place on almost all brand’s AMG models including S63/S65 AMG Coupe and Cabriolet, even penetrating SUV lineup, apart from GLA and G-Class. Despite stronger S65 AMG sedan debuted a year later after new bumper arrived, it retained the same one as S63 version, and with this refresh, things are finally straightened out.

With this facelift, AMG version received more special attention, and finally, the steering wheel is not shared with the regular version. Both beautifully and aggressively shaped lower aluminum spokes along with patches of Alcantara are the main distinction, while touch sensitive buttons are identical to those in the normal model and borrowed from newest E-Class.

A huge change happened here. We all knew that 5.5-liter biturbo V8 was destined for history as soon AMG developed a suitable replacement for it. Finally, 4.0-liter twin-turbocharged V8 has arrived and same as with front bumper, things are finally sorted out as a bunch of other AMG models are using the same V8 for some time now. In S63’s case, it delivers 603 hp or 26 hp more than older V8. Peak torque is same at 664 lb-ft, but powerband is not.

A surge of torque is available a little bit later at 2,750 rpm, but momentum carries on till 4,500 rpm or significantly higher than in outgoing V8, along with the fact that both turbochargers need less time to spool up.

Emissions are also lower, and new engine can deactivate half of its cylinders when they are not needed in order to preserve fuel. As for the 0-60 time, it dropped by half second to 3.4 seconds, which is also thanks to new 9-speed automatic replacing older 7-speed one, bringing faster shifts, more aggressive downshifting and rev matching. AWD system is still offered as standard, but we have one more novelty in the form of launch control system where computer decides optimal power for launch, despite how deep your right foot is plunging the gas pedal, giving you max traction when you release the brake.

The S65 model didn’t receive any changes as far as its engine goes, making it even more absurd purchase after new V8 arrived. Old 5.5-liter V8, despite the lack of power on paper, was reaching 60 mph quicker than 6.0-liter biturbo V12, along with much more useful powerband. With new V8, the difference is even wider, and paying over $80k for V12 makes you kind of foolish and ignorant. 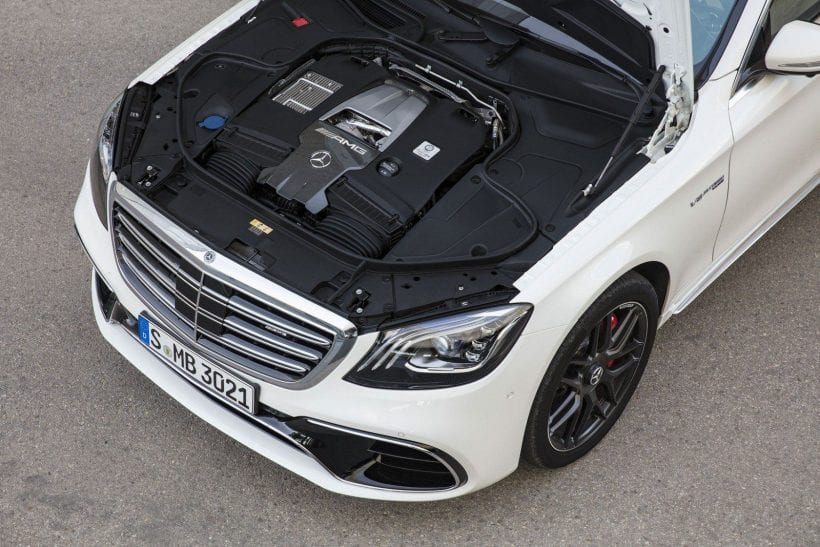 2018 Mercedes-AMG S63 came with the bunch of significant upgrades, despite the fact it was the best offer even previously without them. Audi’s S8 Plus is not RS product, and neither is BMW’s M760i full M one, while Jaguar XJR is evidently underpowered and slower than all of them.

The current price tag of $145k might grow a bit, but it remains fair, in line with BMW‘s partially M product, though making Audi and Jaguar appear as bargains. Don’t think too much, you can’t get better than this, including ridiculously expensive, but evidently worse, AMG S65 model.