Mercedes must have quite a mixed feeling about offering supercars. SLR model was deemed as a failure since its enormous price tag seemed acceptable only for 1400 buyers, which holds as much less than 3500 units which were an initial goal by Germans and that was supposed to be a limited number. But Benz hasn’t been mourning in the corner as they offered SLS right when production of SLR ceased in 2010. SLS was playing on retro style card and significantly more modest price tag, actually halving that of SLR and without breaking a sweat it became a success worldwide. Its story ends in 2014 and new story with AMG GT starts, interestingly with another halving of the price tag, making it more in competition with 911s and top Corvettes, rather than Ferraris or Lamborghinis in the case of SLS. The current model is constantly expanding its offer and new 2018 Mercedes-AMG GT C Coupe is joining the line. 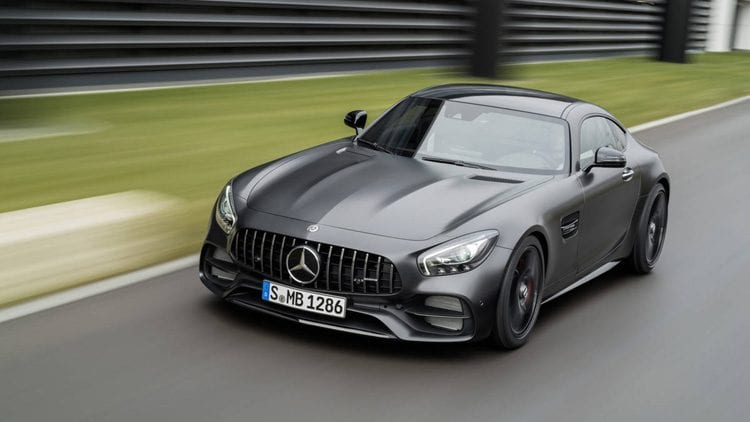 One more thing is on the way, and it is pure racing AMG GT3 version also, coming with 6.2-liter V8 engine, while all mentioned others carry 4.0-liter V8 under the hood. So, “C” or AMG GT C Coupe, stands for the coupe version of last year introduced GT C Roadster, and that makes it more powerful than GT S version, but below GT R one. If this seems confusing take a look at Carrera lineup, it is no less simple.

AMG GT brought a different view of sports styling to the segment. We had traditional looking Porsche 911, immature Nissan GTR, sharp and futuristic Corvette, serious looking Audi R8, making Merc as almost only one playing with the fluidity of lines and on elegance card. 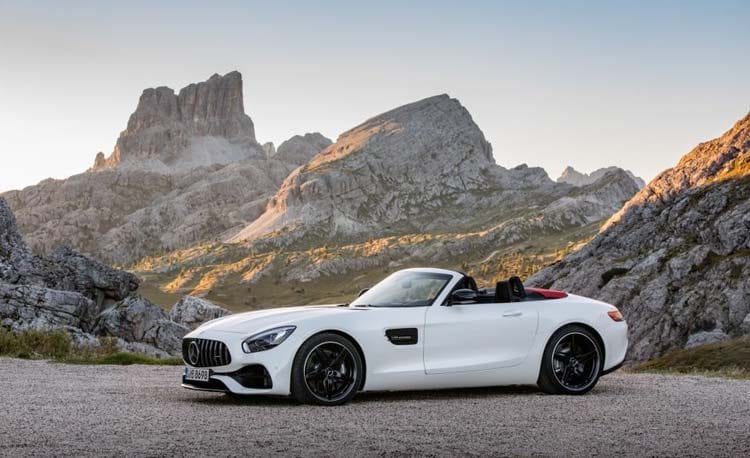 Fine, Aston always plays on the same card with all models, which includes Vantage, but which is definitely outdated considering its lifespan. The closest thing to it would be Dodge Viper, and that is odd since it is pure American sports car and yet it managed to incorporate some of the unexpected elegance. Anyway AMG GT is gorgeously looking with all its seductive and unintrusive curves, in a world of angularity and omnipresent sharpness.

GT C is visually closer to GT R model, as it shares the same “Panamericana” slotted grille, but both GT and GTS are going to change their meshed one for the same grille during this year. Front bumper appears as tuned down version of one that GT R brings, mainly because it’s missing vertical slats at the sides of air intakes. At the rear, it is not near as aggressive as GT R, with the omission of its enormous wing and diffuser, but vertical slats in the rear bumper make it visibly more menacing than GT S model.

GT C has the same cabin as other GT models as it is just a more powerful version of a bunch, but also keeps the comfort in the equation, so racing bucket seats from GT R version does not belong here. GT cabin also brought new thinking in the world of furious cornering. 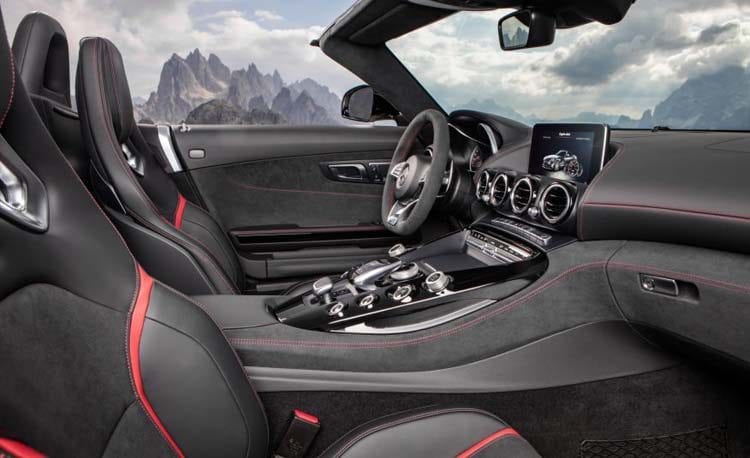 Porsche has always offered impeccable build quality, bordering with insanity, but this dose of luxury in materials and complexity in design was just unseen, while traditional Merc fit and finish doesn’t have to blush in front of 911‘s either. The only thing that could rival it in luxury part is newly introduced Lexus LC, but it is evidently playing more on GT card from the start.

Here settles 4.0-liter twin-turbo V8 delivering 550 horsepower and 502 lb-ft of torque, which makes it stronger than GT S model by 35 hp and expectedly weaker than GT R by 27 horses. Acceleration is not yet disclosed, but since GT C Roadster takes 3.7 seconds to 60 mph, our guy should do it in 3.6 just because of lower weight, while top speed will be probably limited to around 196 mph. Mentioned engine is paired with ultra quick AMG Speedshift dual-clutch automatic.

2018 Mercedes-AMG GT C Coupe is definitely a sweet spot of the range. It is for those who wants more power and more menacing styling, but are not prepared for harshness and unusability of GT R model in everyday life. Its main drawback would be price tag probably around $30k more than GT S version, but maybe if you are willing to cash out $130k for S model, than GT C may not seem so cruel to your wallet considering what you gain instead.