McLaren was founded 53 years ago, and for first 50 years, it was quite phlegmatic. It planned to produce M6GT in limited numbers in 70’s, but the idea failed. Then in 1993 whole world went silent as one of the best supercars in the history hit the road. Many years has passed from 90’s, but McLaren F1 left the dent in history so deep, that any amount of waiting was justified. After being silent again, in 2003 it helped Mercedes with SLR, and then finally it offered its own car in 2011 as MP4-12C. So to recap, in 50 years we had two models, one helping hand and one failed idea. Then everything went berserk.

The new vehicle which will take the spot from 650S has a lot of similarities with the P1 and will be introduced at the Geneva Motor Show scheduled for March 2017. Although wrapped in camouflage, these shots taken in the bright light of the day reveal much about the new member of the McLaren family. 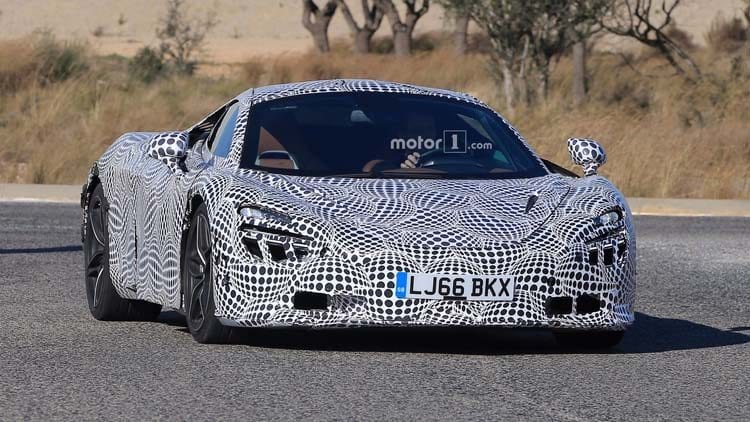 Judging by the vehicle’s new look, the difference between it and the 650S is huge. The front of the new model features enormous intakes which are positioned below the headlights, as well as more inlets in the bumper. McLaren clearly wanted to improve aerodynamics which is why the hood has slashes. Resembling the P1 in that segment, the new model also has a longer rear. Despite being masked, we can see that the P14 has numerous outlets and vents at the rear end. Also, the exhaust pipes are positioned higher which surely required adjustments in the air management segment. 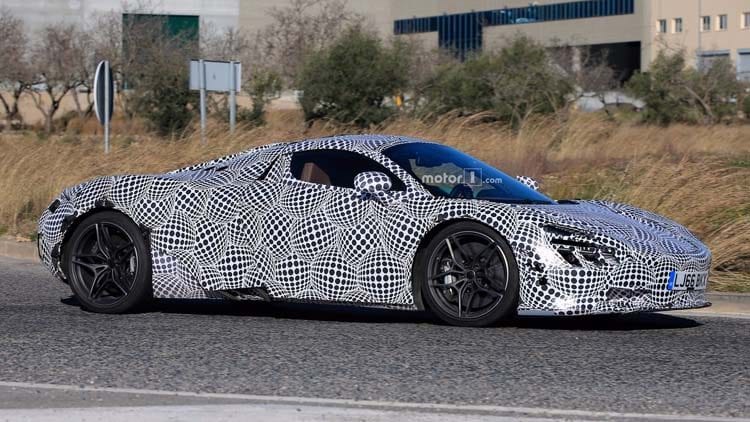 This isn’t the first time that we see McLaren P14. In fact, one of the previous photos reveals the interior of the new model along with a digital cluster on the instrument panel. Designed to make driving easier, the instrument panel moves down upon entering Track Mode. 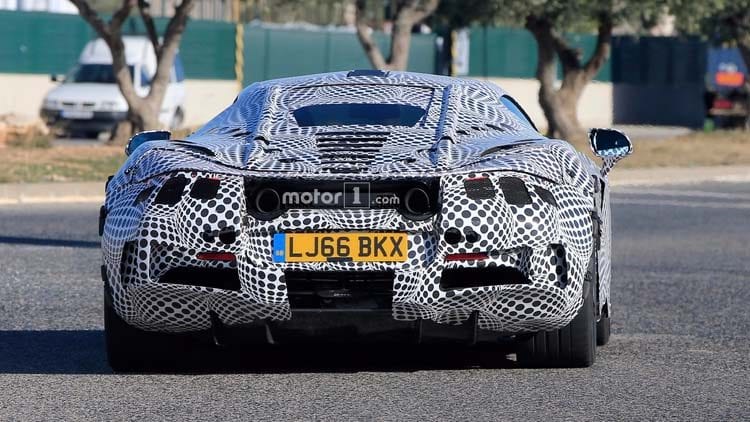 We still do not know what powertrain the P14 will have, but there are some assumptions. One of these is that the engine is a 4.0-liter biturbo V8 that is good for 720 hp (537 kW). It is also rumored that a hybrid version might be even more powerful and that it will come out later. Others believe that the vehicle will have an updated 3.8-liter V8 capable of producing just under 700 hp (522 kW).

McLaren is expected to use MonoCell carbon fiber monocoque chassis for this model to achieve weight reduction and deliver one very fast car. Apparently, the vehicle is complete, but only people with deep pockets can see it right now. The P14 will officially debut in Geneva in March, so we will have to wait for it a little bit longer.

The car that was assigned with the “P14” company codename is rumored to be a replacement for the McLaren 650S model. According to some rumors, the vehicle will be unveiled in the next year and was already seen being tested across the Europe. By the looks of it, McLaren’s competition, especially Ferrari, needs to take this vehicle seriously. 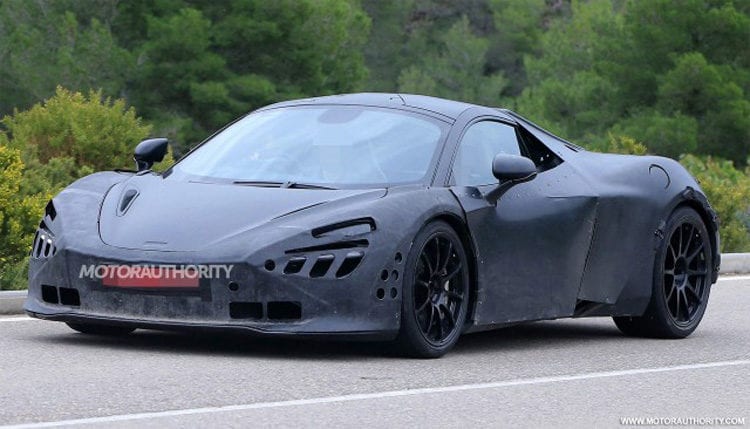 As Autogespot reports, the so-far-called P14 will change its name to McLaren 720S which suggests that the new model will produce around 720 horsepower. Unlike McLaren’s modern road cars that had a 3.8-liter engine, the new supercar will run on a new 4.0-liter twin turbo V8 engine, so there is no question where that power came from.

Earlier, McLaren invested $1.4 billion in electrification, and they decided to use it on this model so that the 720S chassis will be suitable for a hybrid version also. Nevertheless, McLaren first plans to build vehicles with internal combustion engine.

According to Autogespot, McLaren also wants to lower the dashboard in track mode in order to provide the driver with a better overview of the race course. A feature like these make McLaren vehicles what they are, and we are eager to see how it will turn out to be. 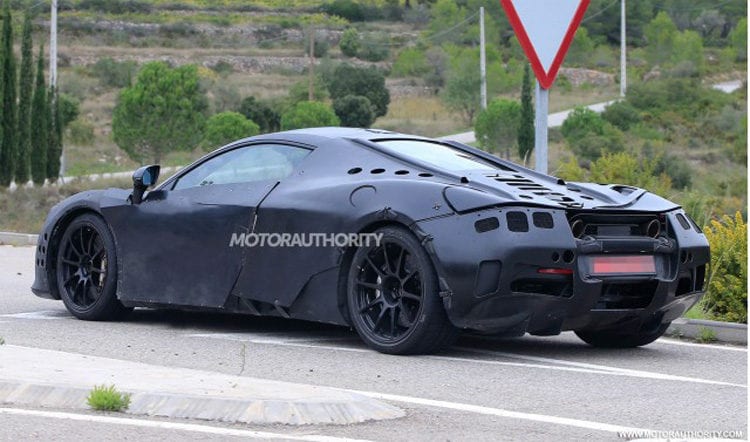 The Geneva Motor Show which is scheduled for March 2017 will most likely be the venue where the 720S will have its debut. The rivalry between McLaren and Ferrari will then be continued as the latter plans to bring the 488 GTB to the duel. If McLaren will deliver a car that has over 700 hp, Ferrari will be in big trouble and will have to work on improving the 488 Speciale.

Three tier product structure was formed, and all models were divided in Sport Series, Super Series and Ultimate Series. Sport Series featured prefix 5 (540C, 570S…), Super counted on prefix 6 (650S, 675 LT) and Ultimate Series consisted of P1 model and its GTR version. Suddenly, we had an avalanche of McLaren’s models, in just a few years they delivered more than in its entire history. And new rumors are proving the story that British maker is not losing its momentum and successor for 650S is under way in the form of 2018 McLaren P14.

650S featured hypercar styling, and P1 had donated many parts. Borrowing styling cues from over $1,000,000 bigger brother could be just admirable. The P14 should go even further and raise the bar higher for competition. It will keep similar proportions, and it will stick to the short nose and elongated tail, but despite that styling it should come as a brand new vehicle. According to the spy shots, front fascia will get a more angular design, especially in the areas where the fenders run into the trunk lid and the nose. The headlamps will be totally different as they will get special dents. Furthermore, these will sit lower than before and also count on separation of headlamps and the daytime running lights as they will be different units in future. It seems that there will be no more black elements because body colored ones are planned. At the back, the P14 will sport slim LED strips instead of previous taillights. The horizontal slat grille from MP4-12C will be gone too, as it doesn’t fit nicely with mentioned P1 style light strips.

At this time, the cabin is a total mystery. But due to scheduled changes for exterior we can expect a decent amount of novelties here too. To be expected is revised, flat-bottom steering wheel with carbon fiber inserts and a new instrument cluster with redesigned display. Also, larger navigation screen at the center dash is likely possible, as well as revised buttons and knobs. The original spirit of the interior is probably going to be preserved, so design asceticism mixed with racing luxury featured in abundance of leather and Alcantara, are here to stay.

It will retain McLaren regular carbon-fiber monocoque tub and turbocharged 3.8-liter V-8 engine. Same engine in 650S currently offers 640 horsepower and 500 pound-feet of torque which is sublime power. We know that 3.8-liter is capable of 666 horses and 515 pound-feet of torque in the limited-edition 675LT, which is stratospheric. It is expected for P14 to offer similar power level but with weight loss or but we can’t exclude the possibility for improvements in both categories. We predict acceleration time from 0 to 60 mph in less than 2.9 seconds, while top speed should exceed 200 mph. Surely current seven-speed dual-clutch automatic will receive an update to allow the driver even better to extract all potential from the mighty powertrain. 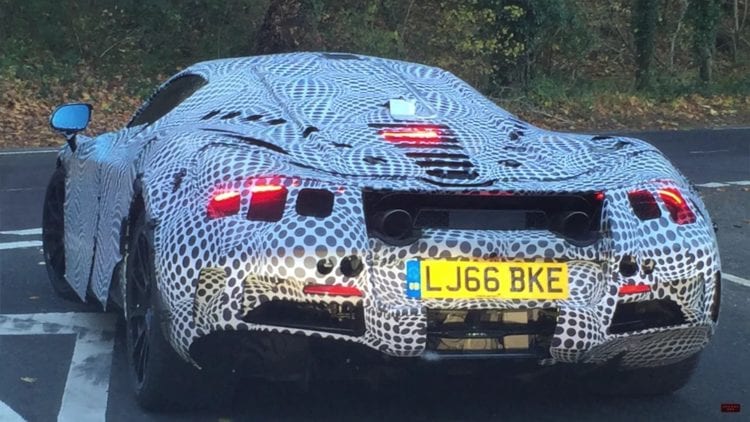 British producer’s new business plan, which includes a £1-billion investment for 15 new products by 2022, among others, count on 2018 McLaren P14. The actual product name is not yet confirmed, nor an actual release date, nor actual price. Expect the price to rise from current $265,000 to maybe $280,000, and despite that, all above mentioned improvements that are anticipated has just justified price rise and waiting time for official release.