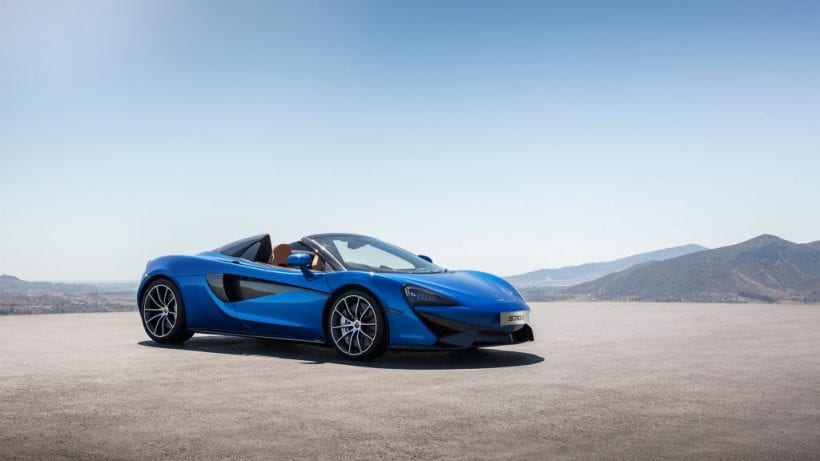 When McLaren introduced its three-tier lineup architecture in 2015, it must have made lots of people happy. Sure, we would all like to go for the Ultimate part of it, but Sports Series will do just fine for most of us, and that is for a fraction of P1’s price. Lowering the entry point to the McLaren’s world at beneath $200k broaden the range of people capable of joining it. And things are getting even more interesting. If you haven’t been so “hard working” lately to afford nearly $300k priced new gem of Super Series or 720S, stroll back to Sports Series as it has been just flavored with 2018 McLaren 570S Spider.

Let’s first clear out the most important things right away. With supercars, every tenth of a second counts and British have respected that to the bone. Despite roof folding mechanism and structural reinforcement Spider is only 101 pounds heavier. 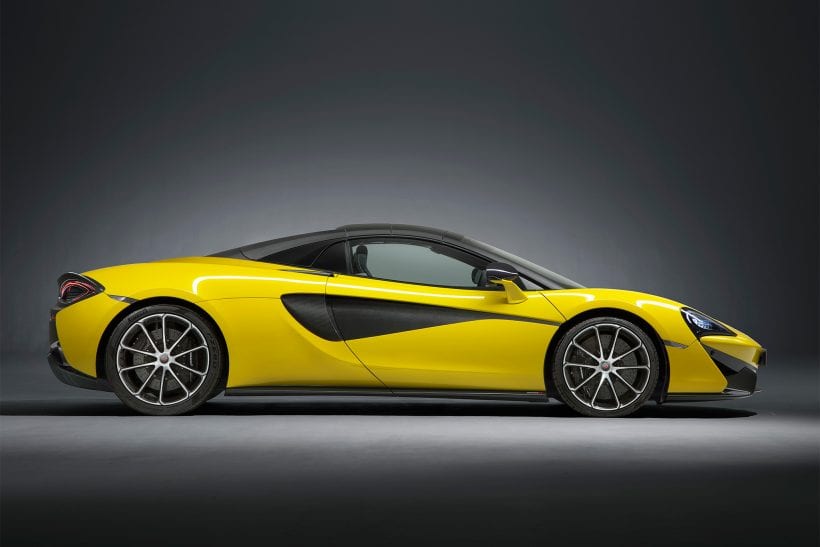 McLaren claims that carbon-fiber body retains the same level of stiffness and 0-60 time is perfectly unchanged with 3.1 seconds. Even top speed is shared with coupe at 204 mph, though with the roof down it drops to 196 mph, but we couldn’t care less about that.

SOME THINGS ARE SAME, SOME ARE NOT

The engine is expectedly untouched, and everyone will be more than satisfied with 3.8-liter twin-turbocharged V8 delivering 562 hp and 443 lb-ft of torque. British carmaker also left alone suspension setup and didn’t additionally tweaked Normal, Sport and Track drive modes, but they did fiddle with aerodynamics and raised deck lid spoiler by half of an inch for increased downforce. This should all tell us that besides same time needed for reaching 60 mph, going topless also don’t rob you of sublime driving pleasure generously offered by the coupe.

Two-piece hard top escapes from your eyesight in brisk 15 seconds, and it can do that while you’re moving at speeds of up to 25 mph. For keeping your haircut in place there is a power-operated wind deflector, which you can exploit each time when you decide to see how much grunt there is in that V8. 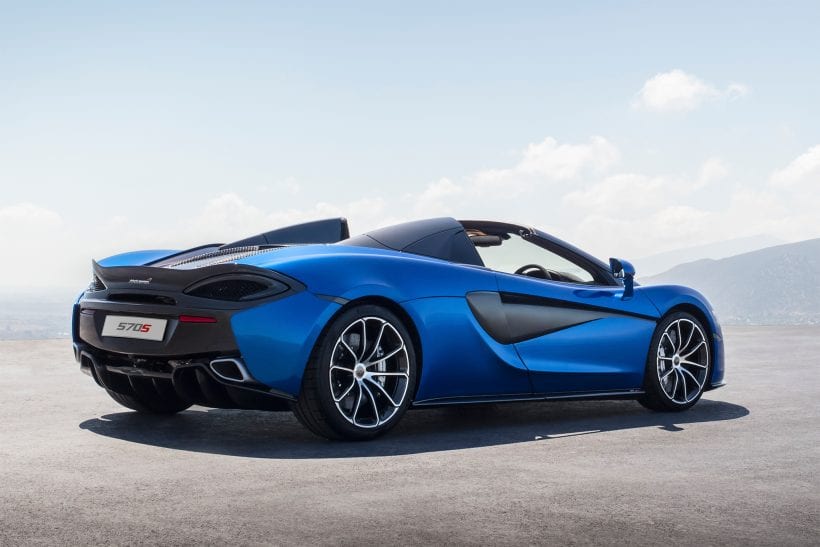 It’s not a good deal, it is a great one. 570S is “carbon-fiber” light, ferociously fast and on same level fantastic looking. Interior is hypercar ascetic or adrenaline pumping one, yet completely livable with. Driving pleasure is at maximum, fully engaging driver in every happening and letting him rely on his own skills. 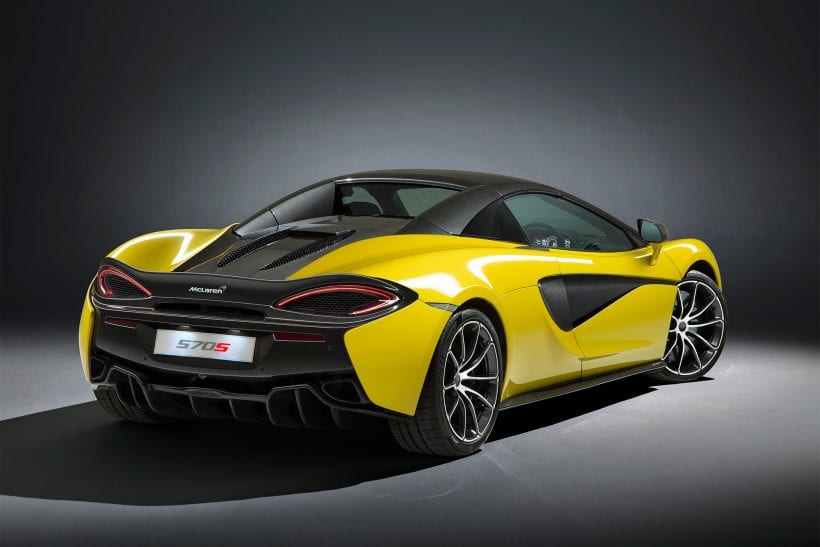 Now, you can have all that mixed with accessibility to open sky and flavored with a gorgeous body with beautiful flying buttresses totally preserving the coupe-ish shape of it. Not even $211k starting price, $20k above coupe’s one, is able to spoil overall highly alluring aspect of this deal that McLaren brought to us.