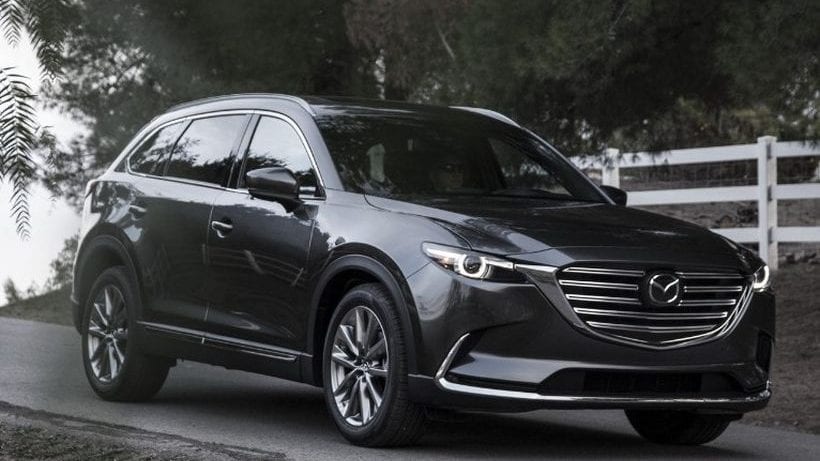 Mid-size crossover segment without premium aspirations is pretty much alive and well in the US. Ford Explorer and Jeep Grand Cherokee are pushing above 200k mark in annual sales figures, Toyota Highlander is almost there, while the majority of others don’t have any problem with breaching the 100k border.

Europe is a different thing. If the badge is not a luxurious one, segment almost doesn’t exist. The latest generation of Nissan Pathfinder threw the white towel same as Murano, leaving only Hyundai Santa Fe, Kia Sorento and Jeep Grand Cherokee to battle through. Ford is currently trying to spice things up with the introduction of Edge in that part of the globe, but old continent sales figures for those types of mainstream bulky transportation devices are relentless. You see, Japan is very similar in that sense to Europe, but Mazda thinks that they have a solution.

Mazda introduced mid-size SUV CX-9 in 2006 in the US, but it never went on sale in Europe or Japan. The second generation debuted last year, and while Europe is still out of the picture, a special approach is destined for its homeland. 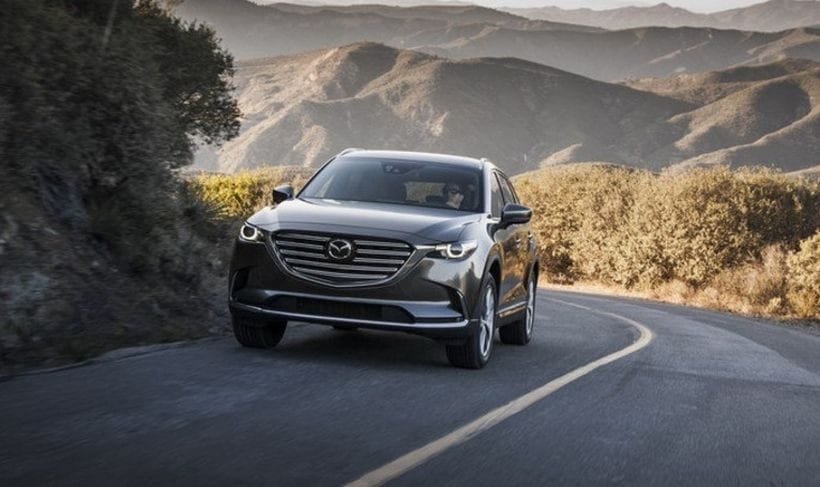 In order to better fit overcrowded Japanese’s cities and very narrow roads, mostly populated by “toy-ish” cars, CX-8 lost six inches in length, five in width and one in height, but happily, it managed to preserve the same wheelbase as CX-9. It seems as a job well done and with some other special touches it just might prove suitable for the domestic buyer.

Just to make clear why we don’t start with the exterior first. Mazda has released only one picture of SUV in question, and that one shows the interior. Yet, we don’t see any reason why CX-8 should invent something new since it can freely borrow complete exterior styling from CX-9, it is anyway just resized version of it. 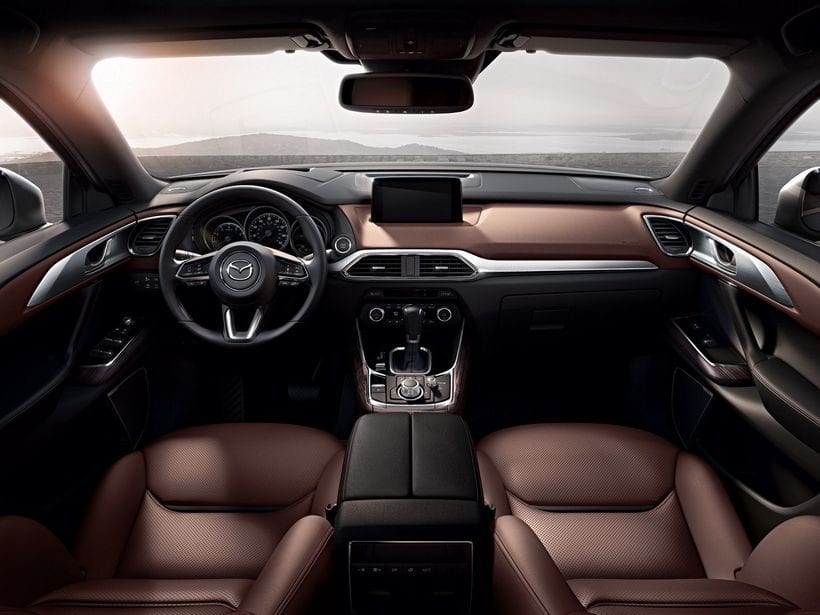 At least we know that interior went that way for sure. Presented picture doesn’t tell the whole story, but lower console, armrest, and steering wheel are copy-paste type of work. Door panels are redesigned, but the biggest difference will be present in the second row. CX-8 comes with three rows of sitting while the second could be transformed from bench to captain’s chairs with center console in between. CX-9, for now, sticks with bench configuration.

This is the area where intended market also influenced decision making. 2018 Mazda CX-8 is not going to be powered the way its twin is, with 2.5-liter turbocharged I4 delivering 250 hp, but with more modest, but also more fuel efficient 2.2-liter turbocharged diesel.

Mentioned diesel unit comes with 150 or 175 hp of output figures in European offering in the case of 6 model, while in the case of 3 model only lower output is available and in the CX-5 lineup only more powerful version is offered. Since CX-8 is about to slot above CX-5, we would bet on that 175 hp figure. As for the gearbox, it should be manual or 6-speed automatic, while AWD should be part of the option’s list.

We already established that Japan is not a very welcoming place for bigger SUVs. Still, 2018 Mazda CX-8 is, let’s say, more specifically tailored to its needs and that could hopefully produce decent sales figures for it. One thing is for sure, and that is the lack of rivals. 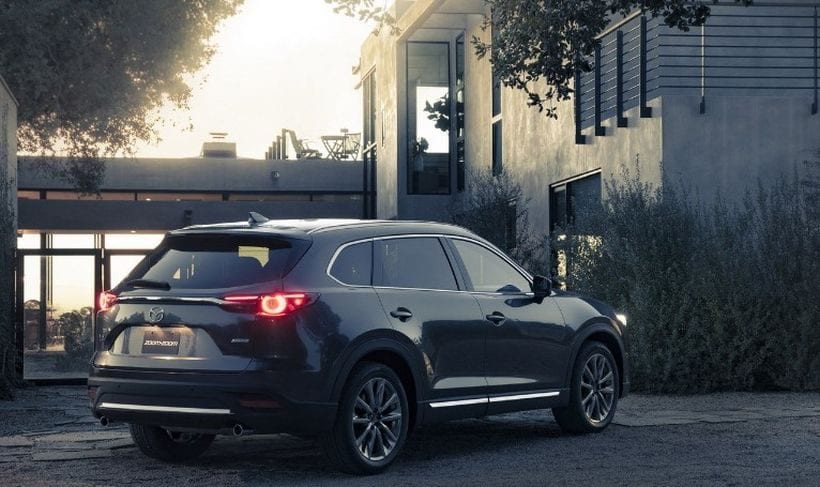 Toyota Land Cruiser Prado is not crossover it is pure hard-core SUV seated on a ladder frame, with low range gearbox, solid rear axle, and other proper off-road stuff. That leaves Toyota Harrier, previously rebadged Lexus RX but that one recently went its own way, sitting in size between compact and mid-size CUV segment. Expect similar price above $30k as in the case of Toyota’s counterpart and the games could begin.