With 2017 MY of Mazda 3 Hiroshima-based company introduced a bit freshened look, new interior tweaks, and some of their latest active-safety features. They have always tried to keep this model as fresh as they could, and they succeeded at it. This compact car was always topping its class in more than one segment. They plan to do so with 2018 Mazda 3, but also they will try to put up new standards in the automotive world by pushing the bar bit higher.

We are not sure just how much will they temper with the exterior. Last year we received a facelift that was successfully implemented, and with no significant changes 3 stayed up to date. The main change regarding this vehicle is going to happen under the hood. Mazda will possibly try to follow engine upgrades with some new and until today unseen design solutions, but the Japanese manufacturer did not give more details on this.

On the inside, Mazda 3 received some notable upgrades with the latest facelift. The steering wheel is now similar to the one in CX-9 SUV while other notable features include LED lighting, adaptive headlights, navigation, lane-departure warning, lane-keeping assist, adaptive cruise control, Mazda’s Smart Braking System, a form of automated-braking assist and Mazda’s latest G-vectoring System. All of these features are high-tech as they get and we can’t see what could be changed or improved. 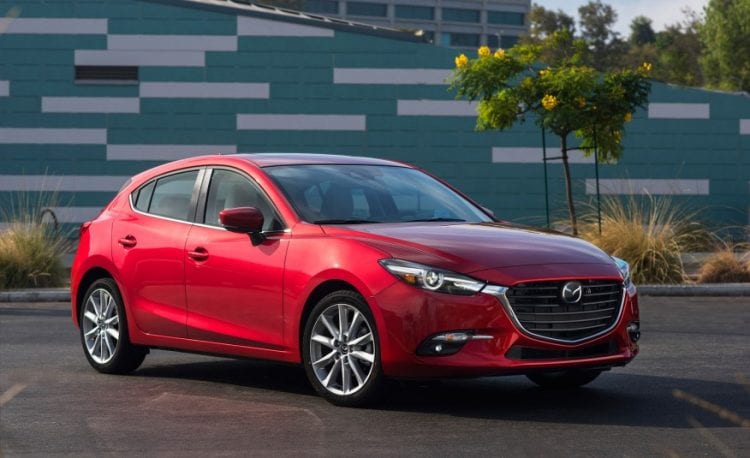 The engine department is where the real surprise awaits us. Mazda has for years attempted to make their models as fuel-efficient as they get. Now, with the new version, they will try to push the boundaries even further. The 2018 Mazda 3 will feature the second-generation SkyActiv-G engine. The Japanese manufacturer claims that this unit is going to be 30% more fuel-efficient than the current version.

Their secret lies in a fact that they are going to use HCCI (homogeneous charge compression ignition) which will ignite the gasoline engine in a manner it would be done if it was diesel. In addition to improving the fuel-efficiency, the rumored engine is going to do wonders in terms of exhaust emissions. Mazda didn’t announce displacement or output numbers for this newly developed unit, but more on this will be known in next few months. The current installment of Mazda 3 comes with two available options, and those are 2.0-liter four-cylinder with 155 hp and 2.5-liter inline four with 184 horsepower. 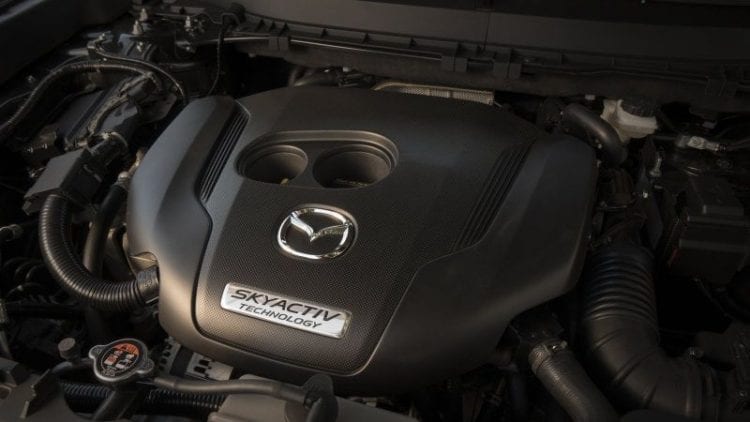 The new model is going to be a real gem in compact sedan and hatchback market, but that doesn’t mean that there won’t be any rivals. With imminent changes that will propel the 3 at the top of this segment competitors will likely try to follow. From today’s point of view, 2018 Mazda 3 will go against 2017 Subaru Impreza, 2017 Volkswagen Jetta, 2018 Ford Focus, 2018 Hyundai Elantra, 2017 Chevrolet Cruze, 2018 Volkswagen Golf, and 2017 Honda Civic.

Also people love to read about Upcoming Mazda 6 for 2018!

The price will go up compared to today’s MSRP of $18,000. It is currently unknown how is the future lineup going to look and how stretched is price range gong to be but if Japanese company comes trough with all of its plans every figure will be worth paying.

Mazda is doing revolutionary things with the new SkyActive-G engine lineup, and that’s why they are not in the position to rush anything. When everything is set and ready, they will launch this new vehicle. Expect that first concept, or prototype is presented later this year with something close to production model coming to us in the first months of 2018. After that only thing left is going to be to sit and wait for a summer release. With model such is 2018 Mazda 3 coming wait is certainly worth.