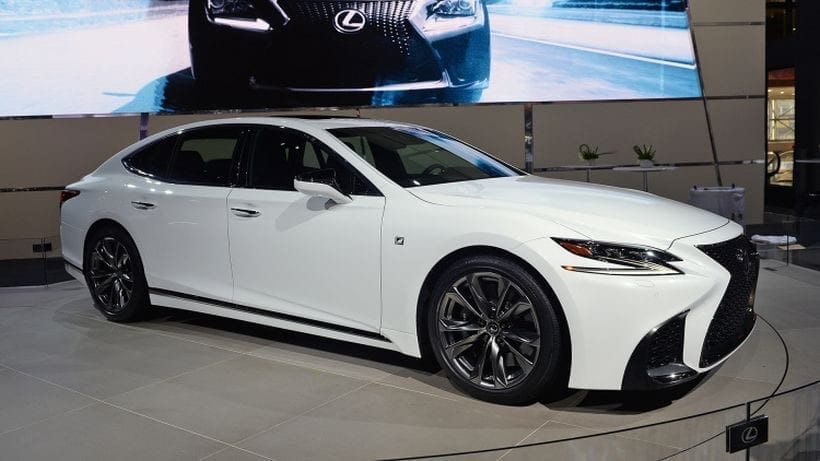 Lexus kept its fourth generation of LS on the market for the rude amount of time. Eleven years is just too much, despite two facelifts and the fact that last one tried to visually fool us that new car is what we are looking at while keeping old stuff under the skin. Everything is forgiven since this year new LS debuted, pushing our jaws downwards. It is stunningly handsome, provocative and mysteriously elegant on the inside. Honestly, that type of shape seductiveness in that class was only seen by Maserati so far.

Anyway, after new looks, new platform, new engines, for regaining old glory and proper fight against German domination it needs something more. 2018 Lexus LS 500 F Sport will try to bring that more, let’s see if it manages to.

F-Sport is not pure-bred F-car or something to rival M, AMG 63/65, RS, V or similar. It is also not something in line with the idea from Merc’s AMG 43 recipe or Audi S’s one. It is the same thing as it was with the previous generation, it is something to season or garnish luxury recipe adding some moderate flair to it. 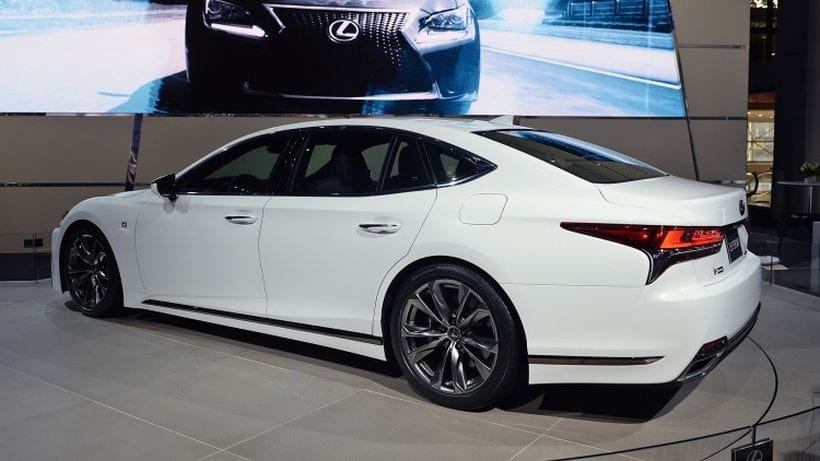 F-Sport doesn’t change anything here. You can have it with 3.5-liter twin-turbocharged V6 delivering 415 hp and 442 lb-ft of torque or with quite potent hybrid utilizing 3.5-liter naturally aspirated V6 that can also run in Atkinson-cycle, but paired with two electric motors which diminish negative sides of mentioned tune.

Total power output is 354 hp while it takes 5.2 seconds to 60 mph, which is 0.7 seconds more than V6 petrol version, but still respectable. Both engines are paired with the 10-speed automatic transmission, which is not dual-clutch one, but it does make sure to rush through the gears so fast, that you’ll never regret it not being one.

WHAT DO YOU GET THEN?

Be calm, as you do get something for your F-Sport lettering. You get black and aggressively meshed grille, menacing side intakes, black inserts for side skirts and bumpers and bigger 20-inch wheels with 6-pistons calipers at the front and 4-one at the rear, along with wider tires. The cabin is flavored with sporty seats, which combines leather, cloth, and suede, while also mimicking grille with its pattern joined by contrast stitching.

Plus to that, you have aluminum pedals and trim pieces, shift knob with perforated leather, some F-Sport badges and moving the dial on the digital instrument panel in honor to LFA. Only in F-Sport’s case, you can go with special Ultra White body color and expressive Circuit Red for interior upholstery.

Not many changes, it seems that there will be no major jumps on the performance plan, apart from some grippier tires and more pistons on brake calipers. So, with petrol version, you should go further and opt for Handling package which adds variable-ratio steering, active rear steering, specially tuned air suspension and active sway bar which is Lexus’s invention, now also adopted by Bentle in Bentayga.

With all that, despite the power stays the same, whole driving experience goes to a different dimension. Remember, you don’t always need more power to lap better times, just take Corvette Grand Sport for example. 2018 Lexus LS 500 F Sport is hardly a thing that somebody should bring to any track, nor it received extreme treatment as mentioned Vette, but still, you’ll understand the difference once on the back roads.

Yes, you should consider going with 2018 Lexus LS 500 F Sport, but you have to understand when. If you wanted to add some aggressive touches to its visual side, in that case, you could even go with the hybrid, while if you wanted more delight on back roads with increased nimbleness and determination through corners, than go for petrol version and mandatory Handling package.

This is not intended to rival Merc S 63/65 AMG, Audi S8/S8 Plus or BMW M760i, but since Lexus is back in the game with a full swing with new LS, and maybe someday, hopefully soon, LS F-Sport is going to lose that last part of its name.