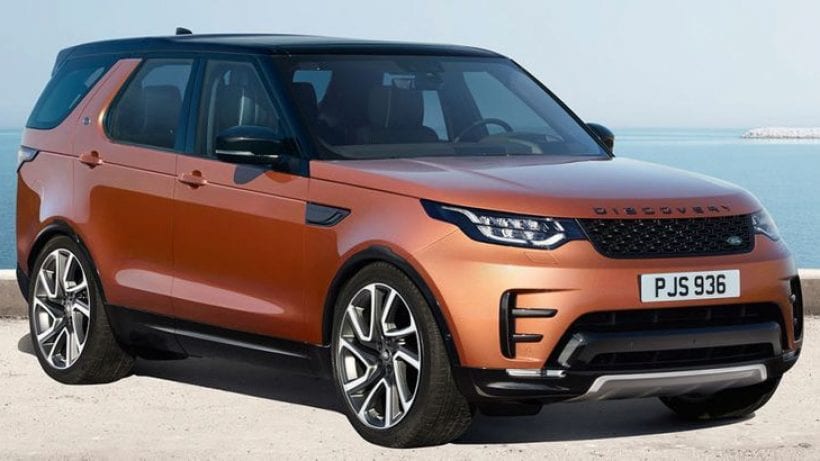 It has been some time since Land Rover presented newest Discovery and while they are finally hitting the streets these days, let’s recall what do we know about it. First of all, 2018 Land Rover Discovery brought a large change, of course, sacrificing what we all loved about it, but bringing what many yearned while owning it.

FALL OF THE LAST ONE

So, new Disco went unibody deserting last Land Rover’s beacon which could justify term SUV. And yet we are talking about Land Rover, the former epitome of a proper hard-core SUVs, currently offering none of them, sticking solely with crossovers. The British company is saying that new Defender is in preparation, not messing with basic proper SUV attributes, leaving space for Discovery to follow an evident trend. It’s not like we couldn’t see it coming. 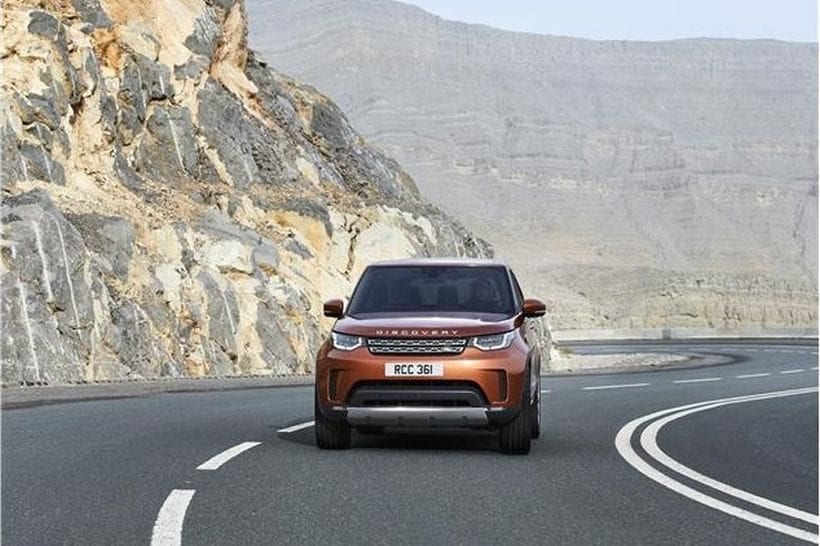 The previous generation brought Integrated Body Frame or sort of unique middle way of combing ladder frame and monocoque chassis in one, and solid rear axle gave way to independent suspension. Also, Range Rover became crossover at the beginning of the millennium, Sport version followed with the latest generation, so we could have actually predicted this happening, we just didn’t want it too.

It was an actually big point behind all that change. Used monocoque chassis is 85 percent made of aluminum, meaning that new Disco lost over 1,000 pounds which is staggering fact. It means it is quicker, less thirsty, less polluting and it drives more like a car or significantly more comfortable, which is also due to the standard air suspension. Still, you wouldn’t mistake it for Sport or Velar in the corners, since body roll continues to be well present.

For the first time, we have four cylinder engine in the lineup, more precisely 2.0-liter turbocharged I4 diesel with 240 hp, while 3.0-liter turbodiesel V6 with 254 carries over as well as 3.0-liter supercharged V6 petrol unit boosting 340 hp, and they are all paired with ZF-sourced 8-speed automatic. So, with new chassis and less weight smallest engine takes 8.3 seconds to 60 mph, while stronger diesel takes two-tenths less. Top of the line petrol strip that further down for a whole second to 7.1. Base diesel can give as much as 36 mpg combined, two cylinders more reduce that to 33 mpg combined, while V6 petrol settles with 22 mpg, which are figures that previous Disco could only dream about.

The cost is the fact that chassis cannot twist as it could and that you should better avoid Rubicon trail, the one that the former model was able to master. Still, as far everything else goes, this is Land Rover meaning that it will keep the majority of immense off-road capability. 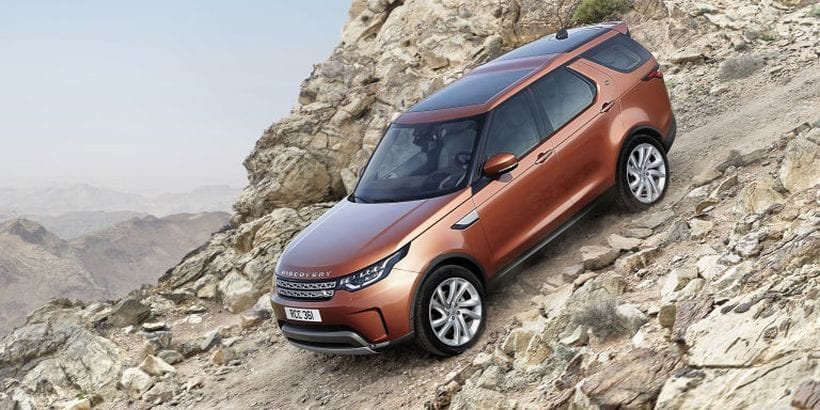 Ground clearance and angles are still huge, it can tackle water up to 35.4 inches, amazingly it can still tow the same 7,700 pounds, and it keeps low range gearbox, locking differentials and Terrain Response system. So, the base of hard-core off-roading is lost, but all add-ons remain.

The final score is blurry and British carmaker is making it complicated. In the mid-size SUV class, we have Sport, our Disco and now even new Velar. It could have been easy before for Disco since it was SUV apart from others as crossovers, but now it’s more tricky. Still, Sport is most expensive, biggest and most luxurious, Velar is smaller, most stylish and best handling in the bunch, while Disco is cheapest, most practical and spacious one. 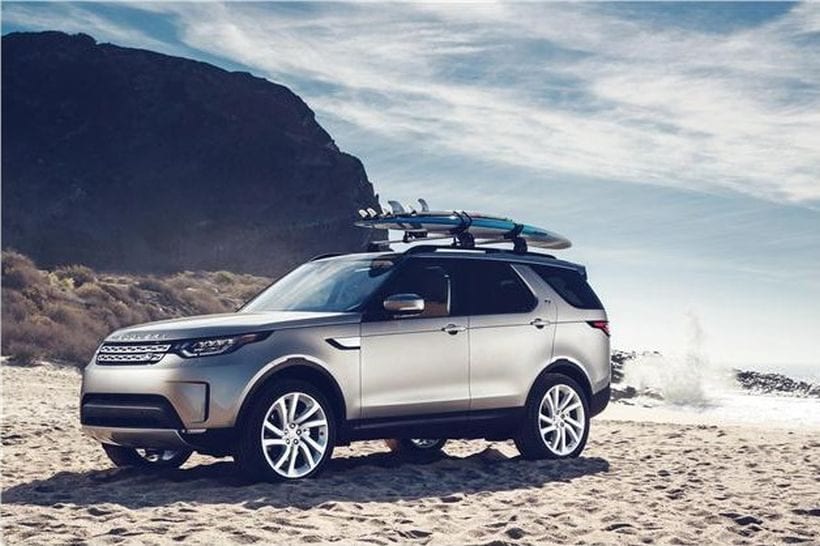 It justifies that with an enormous cave in place of the boot with 40 cu ft that can go all the way up to 85 cu ft of space. Further to that, we have seating for seven with rear bench actually capable of accommodating adults, impossible with Sport model. Interesting tech is also present as the seat fold mechanism can be controlled over your phone through a special app, as much as nine USB ports, and auto lowering of ride height is making easier activities of going in and out of the vehicle.

Cheapest attribute means starting price of $50k in the US, which is same as Velar’s, but Disco is quite far from figures which fancier sibling could reach when you pay attention to the options list. As far as the visual side of it goes, 2018 Land Rover Discovery made an intriguing choice. It retained its traditional ultimate boxy look but it garnished it with stylish design cues from latest Range Rover models, and the result is confusing. It’s not serious enough to go as proper muscular SUV anymore, but also not fancy enough for fashionable crossover, that’s Velar’s job. 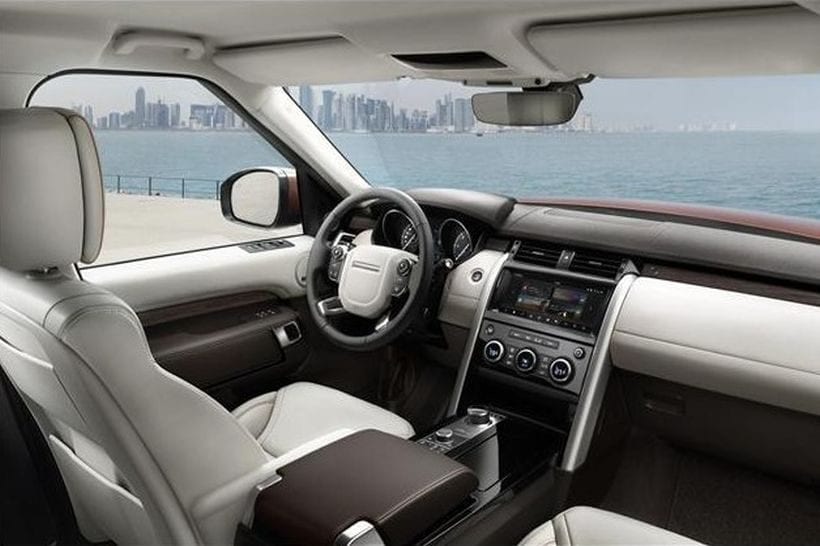 One thing is undeniable, and that would be the cabin. Executed in proper Range Rover manner, not luxurious as one in siblings sharing the same segment, but well satisfying enough. You’ll be happy to hear that infotainment system has been upgraded and treated with a 10-inch screen, that it supports Apple CarPlay and Android Auto, but it is still plagued with usual brand’s problems as the speed of response and instability.