The Huracan has been released as a replacement for the Gallardo, Lamborghini’s best-selling car ever made with over 10,000 units sold in its lifetime. To be a car worthy of its predecessor, the Huracan is using the same basic recipe as the Gallardo with a mid-mounted V10 engine and a four-wheel drive system.

The design is not that different either but the Huracan is a lot faster and also quite a bit more modern inside and out. The biggest difference between the two so far is the fact that the Huracan didn’t receive any high-performance versions so far with the only exception being the Super Trofeo, which is basically a race car. However, this is about to change with the upcoming 2018 Lamborghini Huracan Superleggera, a car which has been rumored ever since the Huracan was released.

While Lamborghini didn’t officially released it just yet, the Superleggera has been caught testing on the Nurburgring a number of times now and from the looks of it, the car will be the road version of the race car. 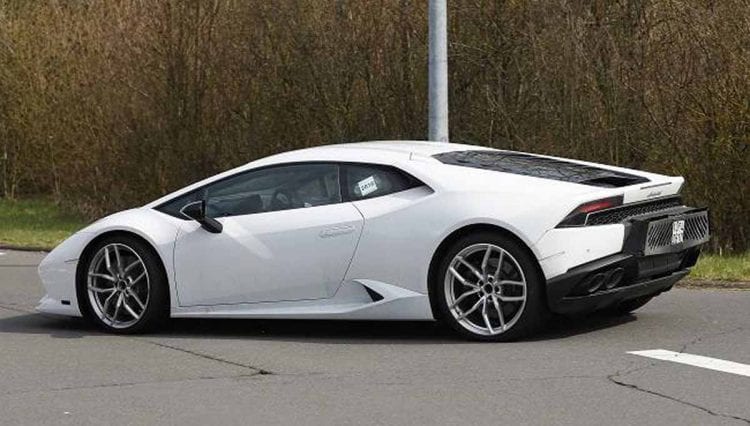 The same thing happened with its predecessor so it is quite easy to predict how the finished product will look like. Firstly, we expect the base price of the car to increase by around $20,000 due to the car’s extra features, most of which will be aimed at improving the raw performance. Huracan starts at almost $200,000 and for Superleggera model expect it to be priced at about $220,000 if rumors prove to be true. The Superleggera will be using the same 5.2 liters naturally aspirated V10 as the regular Huracan, but we expect a small bump in its output by around ten horsepower, allowing it to offer up to 611 horsepower and just as much torque.

Even though this is not that impressive and considering that the gearbox will be the same seven-speed automatic as before, the car will be faster. This is because the rumored 2018 Lamborghini Huracan Superleggera is going to be up to 200 to 300 pounds lighter than the regular version.

They will achieve this massive weight loss from an already rather light car with the help of more carbon fiber and lighter parts than before. The exhaust will be replaced by a titanium one which will shed more than 70 pounds all by itself. On top of that, the car will receive, as standard, carbon ceramic brakes,lighter wheels and a more aggressive body kit.

The cabin of the future Huracan Superleggera will also receive carbon fiber seats, Alcantara upholstery, less insulation as well as lighter carbon fiber inserts so even though it will be lighter; Lamborghini will keep all the most important features untouched.