The Korean manufacturer is relentlessly working on expanding its vehicle lineup. Latest model that was spied while testing is dubbed as 2018 Kia Stonic. This car will fill B-Segment aiming to put some pressure on its local rival’s (Hyundai) counterpart subcompact crossover. Hyundai has been putting its vehicle on tests for some time, unlike Kia Stonic which was caught on spy camera for the first time. Let’s see what second biggest Korean car manufacturer has in store for us.

2018 Stonic will adopt most of its design cues from existing Kia models and concepts. The claims that were earlier present arguing that this vehicle will be similar to KX3 which is available in only a few markets were discarded as incorrect. Instead, the biggest influence on this crossover will have recently released supermini Rio. Moving away from Rio, the new subcompact crossover will also have few things here and there borrowed from 2013 Provo Concept. Both Rio and Provo look good enough to make 2018 Kia Stonic a fascinating crossover. 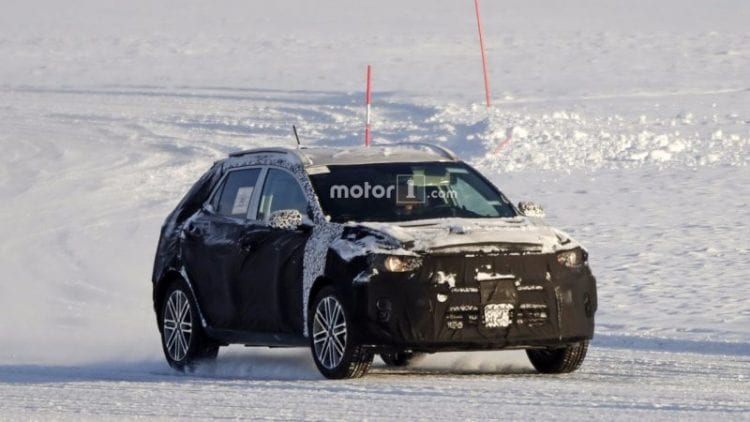 Under the hood of this model will also be engines that are already in use by other cars in the lineup of Korean car maker. Same as design, powertrains will be commandeered from Rio’s fourth generation. Not all, of course, because base Rio units that are naturally aspirated gasoline 1.25 and 1.4-liter mills wouldn’t have enough power for significantly heavier Stonic. The ones that we will see on 2018 KIA Stonic are three-cylinder 1.0-liter turbocharged units with 100 and 120 hp respectively. Regardless of horsepower, both versions are going to be able to produce 171 Nm of torque.

Another available heart under the hood is a 1.4-liter diesel. This one also comes with different outputs. The first one has 76 hp, and the other one is rated at 89 hp. Torque figures are the same for both versions, and they amount up to 240 Nm. At this point, it is not clear whether this model will come with AWD or will it stick strictly to FWD. Either way, you will be able to choose manual and automatic transmission depending on engine selected.

There is no official release date scheduled yet for 2018 Kia Stonic, but we will see this crossover stripped of its camouflage before the year ends. Depending on the part of the World you live in you will see a new car on different dates. European premiere is set for Frankfurt Motor Show scheduled for September while the North American presentation is going to happen in December at Los Angeles Auto Show. Latter decision is solely on KIA Motors America shoulders, so it is possible that they leave presentation for 2018 NAIAS.

The price details will be released when the car gets close to its introduction or even after it. Right now we can only take a look at competitors and the way they have positioned their crossovers. If KIA wants to put its Stonic onto the market swiftly the entry level price shouldn’t go over $20,000. 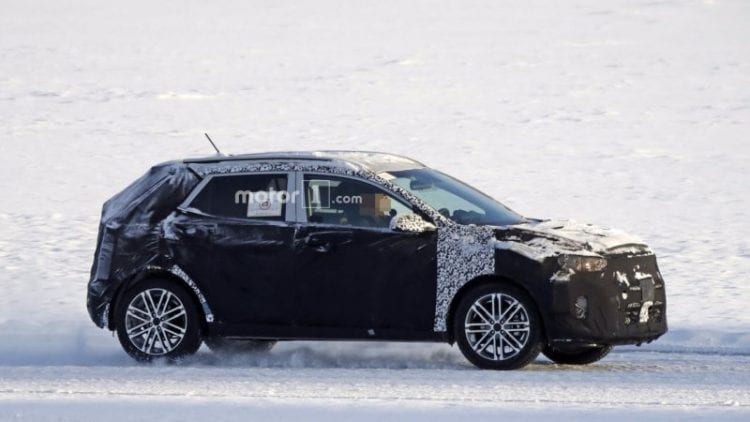 Where Does Stonic Stands Against Rivals?

With competition already mentioned, we could as well name a few. In this segment best sellers come from the manufacturers such as Honda, Mazda, and Chevrolet. They are, without any specific order, 2017 Chevrolet Trax, 2018 Honda HR-V, Fiat 500X, 2017 Toyota RAV4, 2017 Mazda CX-3, and 2018 Toyota CH-R.