The all-new Sportage has been released back at the end of 2015 for Europe and earlier this year for the US market. Even though it is one of the newest cars out there, rumors started spreading about a large update with the 2018 Kia Sportage. People are saying that this would be needed as the current car is not exactly a looker by any standards. For an unknown reason, Kia decided to ruin a perfectly good design and released something that not many people like. The upcoming 2018 version of the car would be set on solving most of its problems and making the car a bit nicer to look at.

Other changes are also going to be introduced to make the Sportage a better overall package. So far it seems that its engines and running gear might get some attention as well. The cabin of the car, on the other hand, will likely go through minimal changes only, considering that it has been praised by many, and we could hear least complaints about this part. The release date is so far unknown, but we might get the update at the 2017 or 2018 Frankfurt Auto Show. As the launch date approaches, we expect additional information’s to the surface. Some said that the price of the car would be adjusted to make it a better deal. However, we can’t agree with this statement as the current car still is one of the better equipped and cheaper crossovers on the market.

When it was released last year, the Sportage stunned everyone with its looks and changes it has brought. The car is larger than before and features a more aggressive styling at the back. However, its front end is childish at best with a large grille in the middle of the car and even bigger headlights. The future 2018 Kia Sportage should come with an exterior more in line with their other vehicles and closer to the design language implemented on the entire lineup. 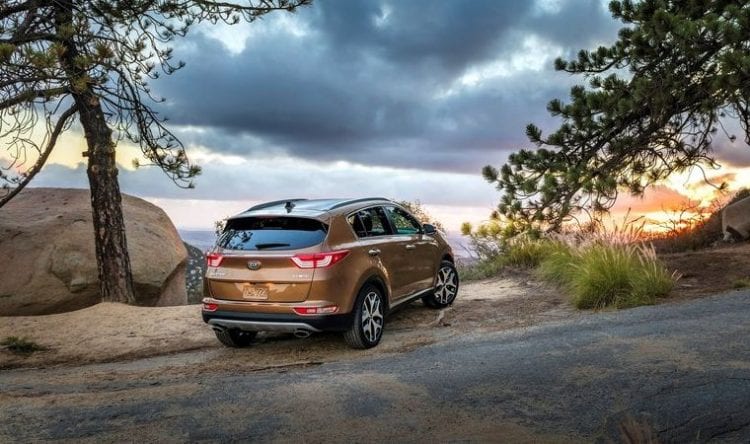 This would benefit from a lower grille segment mounted slightly higher. Also, the front bumper is expected to receive a larger air intake as well as smaller fog-lamps. In fact, some suggested that the new model might take quite a bit from the design of the Optima which is a lot more stylish. 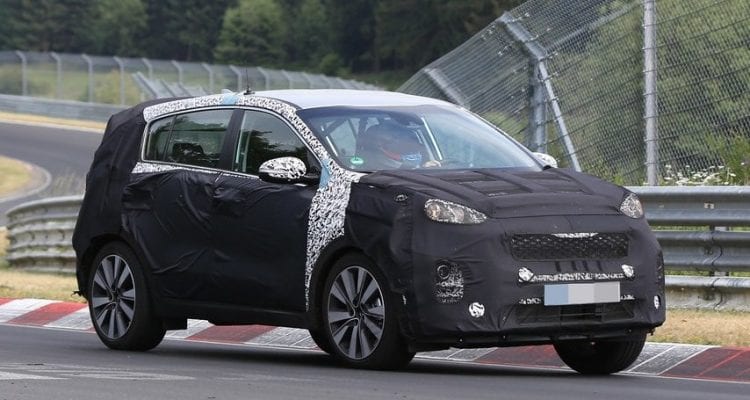 The Audi-like interior, on the other hand, is most definitely here to stay. We don’t have any problem with that because it is one of the better cabins in its class by a really big margin. Currently, the car features nice materials, a good driving position, and great details. One of the most interesting things about this vehicle is the fact it comes with the flat bottom steering wheel. We are not used to seeing features like this in the segment to which Sportage comes, but we truly like it. Commands on the wheel are used to control most of the infotainment system, but the party piece here is the decently sized display mounted in an upper part of the center console. Just right under it, we have audio and climate controls plus USB ports that can be used to connect and charge your mobile devices. The 2018 model will likely offer just that and even more with new safety technologies and possibly a new infotainment system as well. 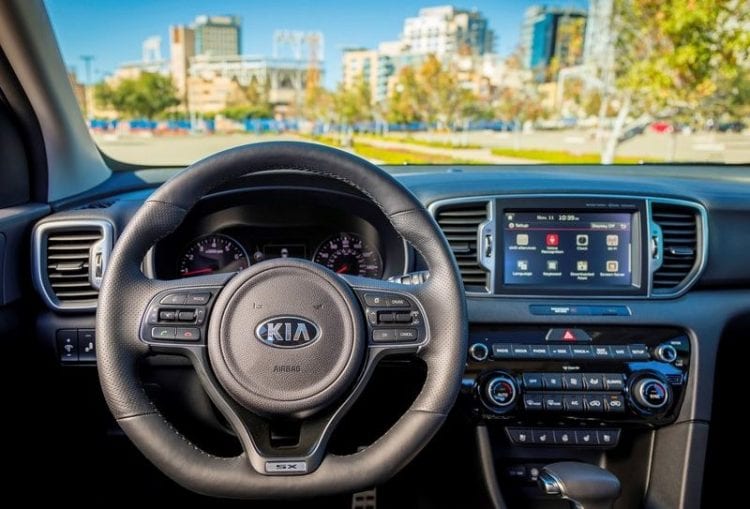 In the US, the current model is being powered by two different engines. Europe, on the other hand, gets a few more choices but still not that many. This time, around rumors, suggests that the 2018 Kia Sportage is going to feature a 1.6-liter turbocharged inline-four petrol engine as a base in both markets. This should be good for around 180 horsepower and 190 lb-ft of torque. A seven-speed dual clutch automatic is going to be used here to provide the best possible fuel efficiency. In Europe, a 1.7 and 2.0-liter diesel units are going to be available. 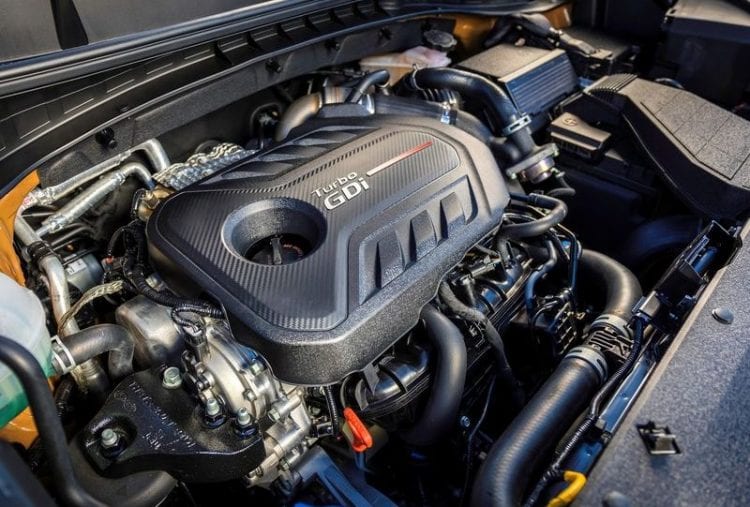 Find out more info about previous model, 2017 Kia Sportage, on the official website.

These will offer between 120 and 180 horsepower and easily more than 200 lb-ft of torque. The US market will get a 2.0-liter turbocharged inline-four petrol engine with 240 horsepower and 260 lb-ft of torque as the top offer and we think that this is enough for it to be quite sporty. Unfortunately, diesel is not going to be an option which is a shame. Also, this engine will only be available with a six-speed automatic which will be good but not as good as the dual-clutch unit which will come on the car when equipped with the smaller engine.