Trials and tribulations for Kia are long gone. Turbulent times at the end of the 90’s are forgotten, and recent history just memorizes success after success. Positive growth has been largely uninterrupted in past two decades, and it is natural that in that kind of situation car maker starts to think outside of the box. It covered usual segments from small cars and SUVs to medium size ones, even venturing to the executive territory with sedans like Cadenza and remarkably to full-size luxury one with K900. Since bigger echelons are pretty much non-existing in the saloon world and since almost all usual segments are checked, unusual thinking has to emerge. This is how we got to the Niro, and that is how we are going to get to the 2018 Kia GT.

The South Korean car maker has the intention to present itself as a sporty brand but has pretty much nothing to support that claim. Nobody argues decently powered Cadenza and K900 reaching all the way to the 5.0-liter V8 with over 400 hp in later, but both of these can be hardly recognized as sporty models in terms of driving behavior. We are talking about large luxury limousines configured for comfort in the first place. 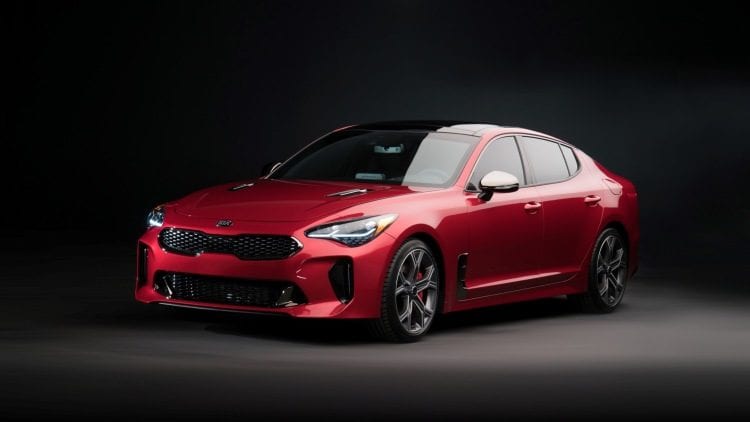 GT model of Ceed is shy attempt of Koreans entering hot hatch world with slightly over 200 hp, so it is about time for the company to bolster its self-esteem and offer something properly executed. With mentioned intention to be considered, sporty ambitions and with is own motto “The Power To Surprise” we come to the first truly and sporty thing in its future line-up. That would be our GT model, a sedan with rear-wheel drive and seductive sloping roof.

All the way in 2011 Kia informed us that work on something unusual is in progress. At Frankfurt Auto Show we had an opportunity to see the concept of a four-door coupe, a segment that’s seeing large expansion since Mercedes CLS. It was clear that concept is too futuristic in appearance and that doesn’t represent anything close to the production model, but anyway, it amused us with its intriguing appearance, stylish shape, and charming suicide doors. So, after six years we are on the verge of welcoming production version on the streets.

As we see from the spy shots, the car is still heavily masked and in a clever way, leaving most of the things for guessing. Suicide doors are out of the question apparently, and it is something that most expected to be deleted on the production-ready model. Peculiar front fascia from the concept is clearly exchanged for more conventional one on the test mule, especially when we come to the headlights. 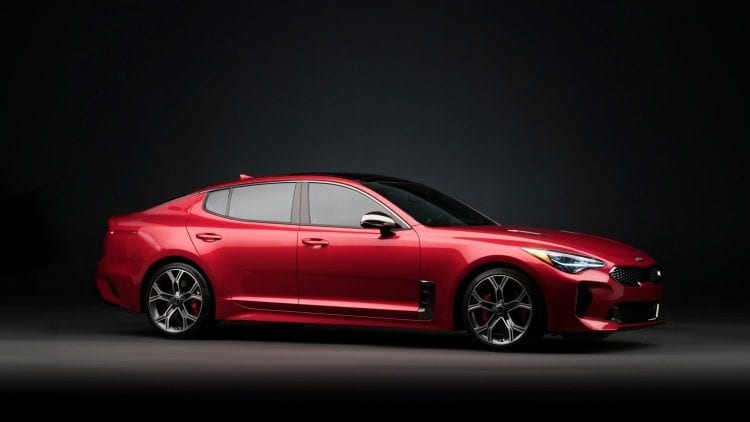 On the side, we see that vent was carried over from the concept but in chrome rather than matte look. A seductive form of the roof and the rear end is preserved and, we cannot be completely sure from the pictures, there is a hint that maybe the wide concept tail lights are to be present.

New GT will share rear-wheel drive platform with Genesis who is also planning to offer its view of a sporty premium mid-size sedan. For the engine part, undoubtedly top offer would be 3.3-liter V6 which with the help of a turbocharger delivers 340 hp. 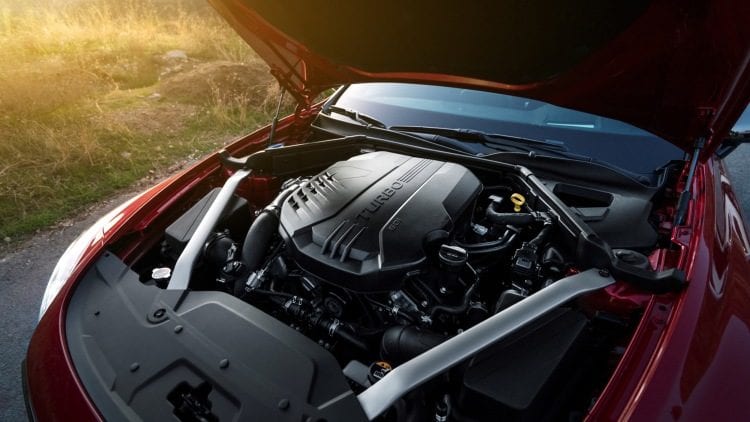 Surely base offer would be 2.0-liter also turbocharged unit, currently rated at 245 hp in Optima but with possible power increase in the model in question. When it comes to the gearbox, both options of manual and automatic transfer will be available.

2018 Kia GT is going to hit the streets in the present year, and it is definitely going to be the most handsome and the most entertaining to drive car in Kia’s line up. It is a clear representation of Kia’s intentions to elevate its game to higher levels, and for the respect of that, it is worth of waiting for. Its price tag is evidently going to stack behind BMW 3 series which is his benchmark, and since adequate rival new VW Arteon has to deal with bad Wolfsburg image in the US, GT presumably has bright future.