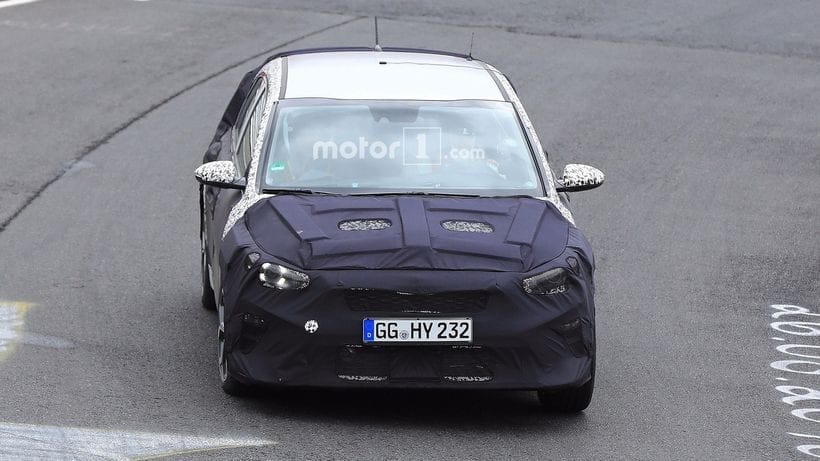 Hyundai has just revealed new i30 or Elantra GT, so keeping in mind the fact that previous generation debuted in 2012, the same year when current Kia Cee’d was unveiled, we all know that new Cee’d is about to follow. And it is, as spy photos of masked 2018 Kia Cee’d circle around the web.

Currently available second generation of Cee’d was more refined looking than the second generation of i30, both inside and out. Since new Hyundai’s compact hatch brought substantially more class to its looks, we wouldn’t mind if new Kia overtops that again. The test car is meticulously covered, but apparently, signature Tiger grille remains while possibly becoming slimmer, leaving more space for visibly bigger and meshed lower intake. Headlights appear substantially smaller and maybe more similar to the ones on i30. 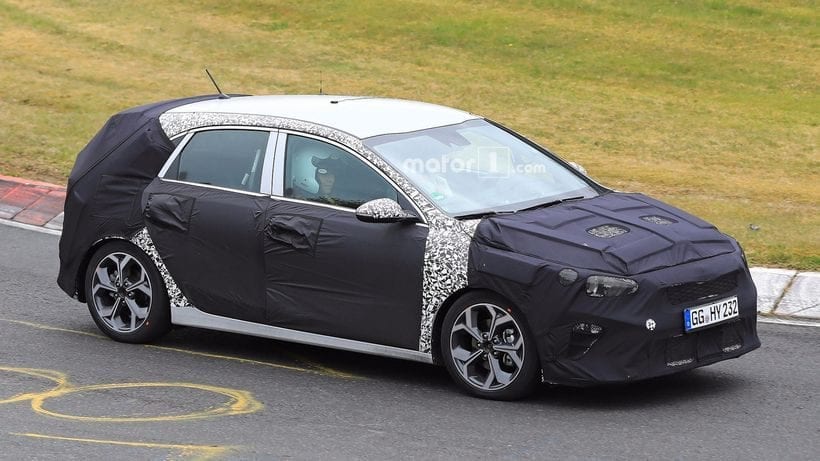 The side profile is completely changed, we don’t have anymore steeply rising waistline, highly sloped hood line and a small patch of the window in front of mirrors. In short overall shape became totally traditional, while also plain, and that is not a good sign, as that area is well covered by Golf and we don’t need another one, especially when brotherly i30 already went that way. On the back, it seems that we have sharper and thinner tail lights and not much else is visible about it.

Spy shots of the interiors are much rarer things than those of the exteriors, but this time, finally we have them. The cabin of the current generation is one of its strong points and evidently Koreans are not messing that up. We also think that it will again outshine its parent company’s offer, both with more passion and higher refinement. One that you see on pictures is obviously belonging to the base version, easily concluded by the size of infotainment screen, while interestingly cabin is full of buttons, contrary to modern trends including recipe used in new i30. 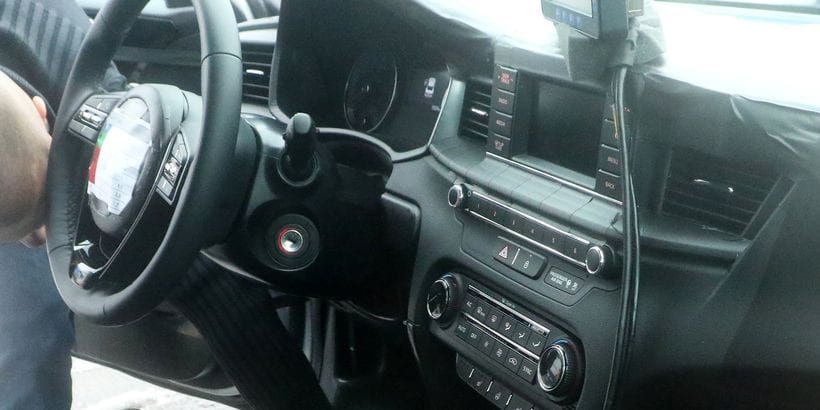 The overall shape of the dash does actually remind us on the one in the second generation of Rio model introduced in 2005, which is hardly a vehicle that Kia should remind us of. To be honest, those flowing lines look quite catchy and appealing, so it will be interesting to see what will be this carmaker offering to us.

Here we could find new three-cylinder 1.0 or four-cylinder 1.4-liter turbocharged petrol engines, along with current 1.4-liter naturally aspirated I4 which delivers 99 hp. New turbocharged I4 should produce 138 hp making this vehicle decently fast. The 1.6-liter turbocharged diesel should also carry on, and we expect it to come with two different power outputs of 110 and 134 hp. GT badge will also be present, and hopefully, it will share things with new i30 N model, since apart from attractive looks, current power figures are rather bleak.

So, far we could see that 2018 Kia Cee’d is about to continue the tradition of bringing the well-executed interiors and it might become indeed hot hatch with new GT model if Hyundai proves generous enough, so that could mean that it is worth of waiting for. It should debut at Frankfurt Motor Show in September this year, while wagon should follow next year and we sincerely hope that Kia hasn’t given up on always more visually alluring Pro_cee’d model. Only doubt remains with that new classic, hence unexciting, body shape for which we hope that it will be garnished with some attractive moves alleviating current doubtful thoughts about it.