Jeep has decided to test its latest Wrangler prototype, and our camera was there to capture it. Whereas earlier photos revealed a prototype of the two-door version, this batch of shots features the four-door Wrangler Unlimited. The vehicles will be unveiled as 2018 models later in 2017. We expect to see them at 2017 LA Auto Show which is scheduled for November. The automaker clearly chose to make another step forward in making this extraordinary vehicle and improving it in many segments. 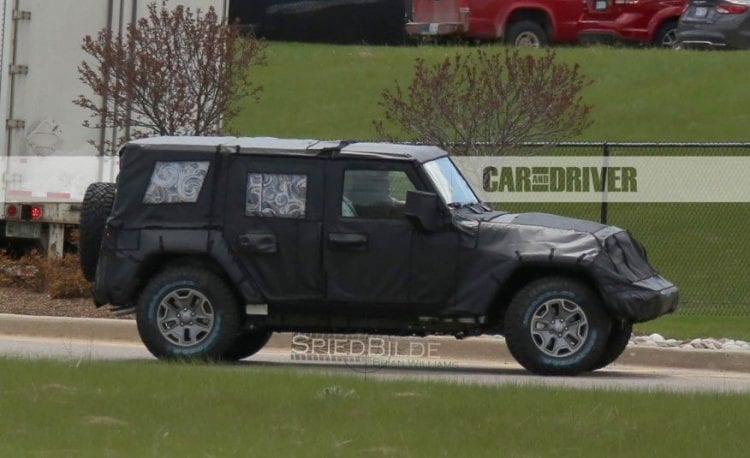 The next-generation retains its shape and is as square as were the previous models. Round lights and a square grille can be seen at the front, whereas the back features boxy taillights which resemble the ones that the outgoing Wrangler has. Just like the previous version, this one also has recognizable door cut-lines. The list of similarities continues with exposed door hinges, big side mirror caps, and the extended front bumper.

Fiat Chrysler Automobiles facility in Toledo, Ohio will start manufacturing the new Wrangler later this year. Later on, a pickup will also be built. We might learn more about it if we recall the company’s Crew Chief 715 concept which was introduced in 2016 as it is possible for the truck to be quite similar and closely based on that one.

Also, there will be important changes other than the new pickup body style. Jeep will keep the 6-speed manual gearbox, but rumor has it that they plan to add an 8-speed automatic as well. As for engine options, a turbocharged inline four and V6 units are expected, while diesel and even a hybrid might be offered later on.

One of the goals of the company was to reduce weight and engineers used more aluminum in the construction. This resulted in lower weight thus improving fuel economy, performances, and handling. 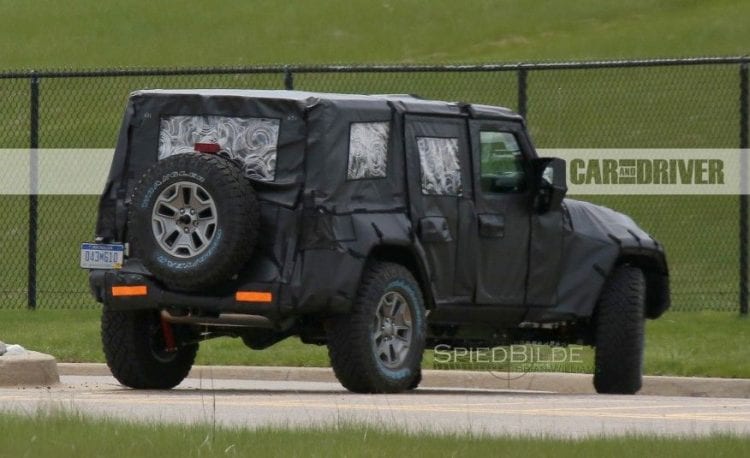