The company has been working on the new Wrangler JL, and the latest spy shots are the best ones so far. The few SUVs that you can see in these images seem to be the four-door Wrangler Unlimited versions. Even though there were neither two-door nor pick-up Wranglers spotted here, we know that those will be introduced as well. What we don’t know is when the new model will be revealed, although we expect it to happen soon.

Jeep assigned the model with JL codename and decided to test it. Although the new vehicle is still masked, it appears that some spots on the sides are now visible and unprotected by camouflage. If you were hoping to see the new removable roof and side panels, we have to disappoint you since they are hidden for now. However, we do notice the spare-mounted backup camera on the new Wrangler. 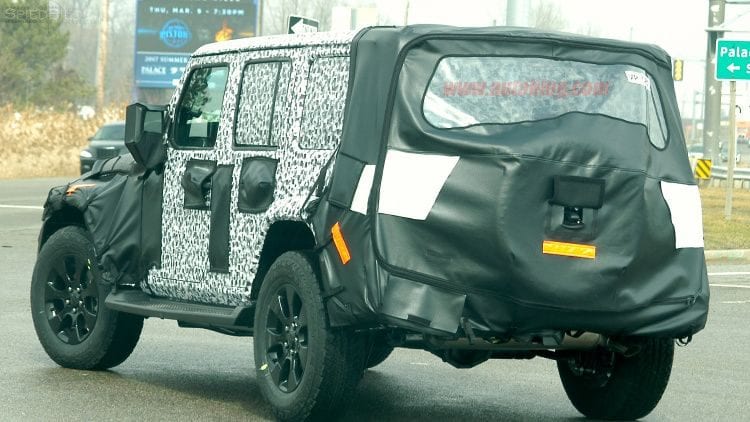 When it comes to shape, the automaker did not change much which is what the enthusiasts and fans wanted. If it was any other way, all hell would have broken loose. The same would happen if Porsche decided to change the design of the 911 as it is iconic just like Jeep’s model. A number of shots reveal the grille which resembles the one on the YJ generation of Wranglers with the back-canted setup that offers seven slots. To complete the list of minor changes we have the windshield which seems to have been fixed and tilted a bit more for a different angle.

Even though the Wrangler was released nearly a decade ago, it still sells quite well. The problem with such an old design is just that, it is old. This means that it will no longer be compliant with the latest safety and emissions regulations and at that point they won’t be able to sell it anymore. To prevent that, a new model has been in the works for quite some time.

In less than a year, the American automaker will start mass manufacturing of the 2018 Jeep Wrangler, according to a report from The Toledo Blade. On the other hand, the company will stop manufacturing the Cherokee model at company’s Toledo Assembly Complex in about three months.

We still do not have the official information from Fiat Chrysler Automobiles regarding the launch date of the new vehicle, but we do know that the 2018 Wrangler will be produced from November of this year. The latest information was confirmed by Bruce Baumhower, the president of the United Auto Workers Local 12.

The current Wrangler will be produced until March, but this still needs to be confirmed. On the other hand, The Jeep Cherokee will be manufactured in Belvidere, Illinois from the beginning of April to make room for future production of the next SUV. 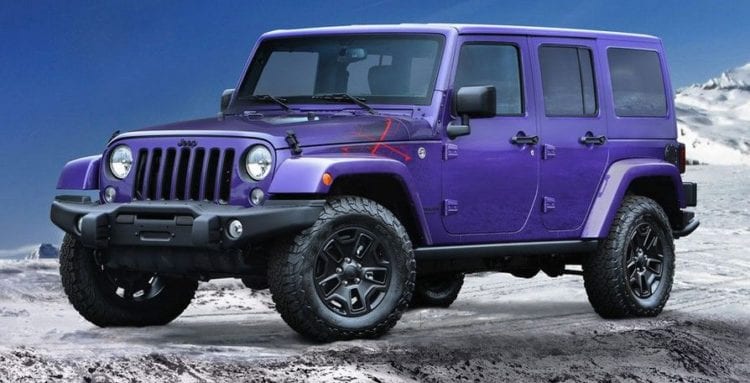 The current generation of  Jeep Wrangler has been available on the market for almost ten years without significant upgrades, so it is a good time for it to be replaced with the completely new model. Spy photos that we saw clearly show that we are close to release date but since everything is hidden with a large amount of camouflage we are still not sure about the final look of this vehicle. We know that design close to the previous versions will be implemented here and that we will be getting boxy looks again.

The fourth generation of this SUV is bringing design evolution with different grille while the windshield will be less steep slightly improving aerodynamics that can be currently compared to large trucks. The goal of these changes is not only to make it more attractive but also to make it more aerodynamic that will, in turn, improve fuel efficiency, especially at higher speeds. 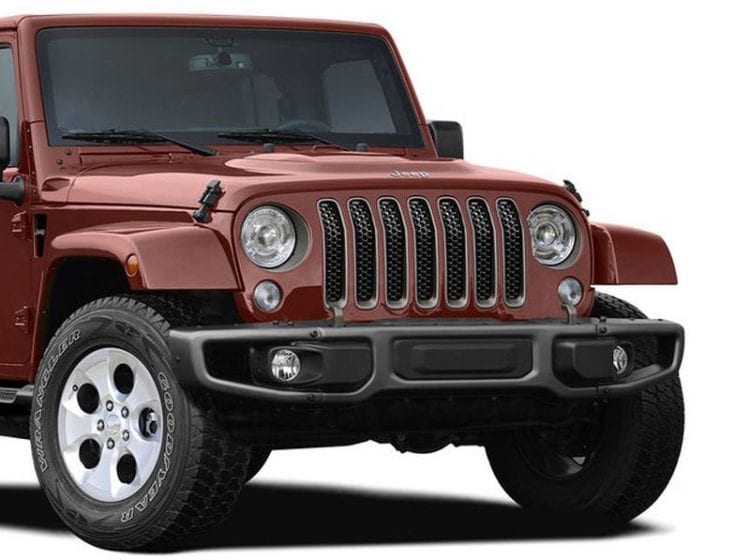 The big news here is that 2018 Jeep Wrangler will offer a lot more parts made of aluminum that will lower overall weight. The lineup will be enriched with the introduction of pickup version that has been rumored, and we already saw few images but not the final design.

While we are waiting for official information’s about the new generation and camouflage free images Italian website OmniAuto.it has created renderings. This is the closest thing we have before it comes to market.

At first just rumors, the upcoming 2018 Jeep Wrangler is going to be an all-new vehicle. It will still use the same type of design as the older model, meaning a body on a frame, but this time around quite a bit more impressive. 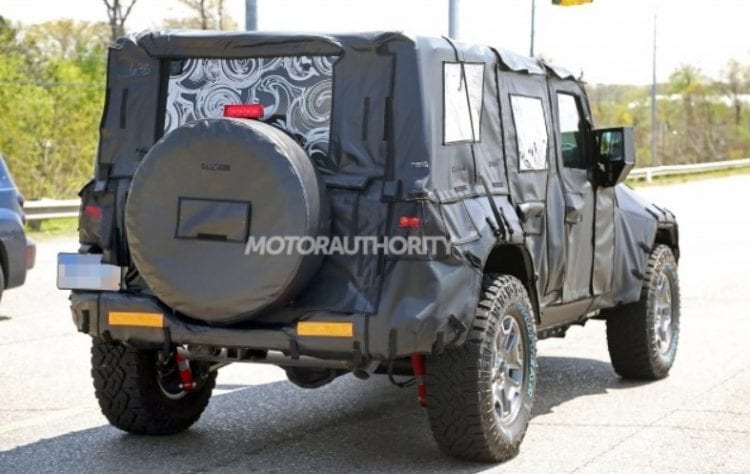 For starters, this is going to be a car made mostly out of aluminum, so Jeep will take the same design approach as Ford did with their F-150. The new chassis has been rumored to be made mostly out of high strength steel. This is expected to feature beefed up the suspension, axles, and even brakes. The new body, being made out of aluminum, is supposed to shed up to 300 pounds or more. This will make the all-new Wrangler quite a bit lighter than the 3,800 pounds of the older model. Luckily, though, Jeep has assured people that its price is not going to be impacted by the new technologies.

A base price of less than $25,000 is expected while the four-door version should get closer to $30,000 which is still quite fair. 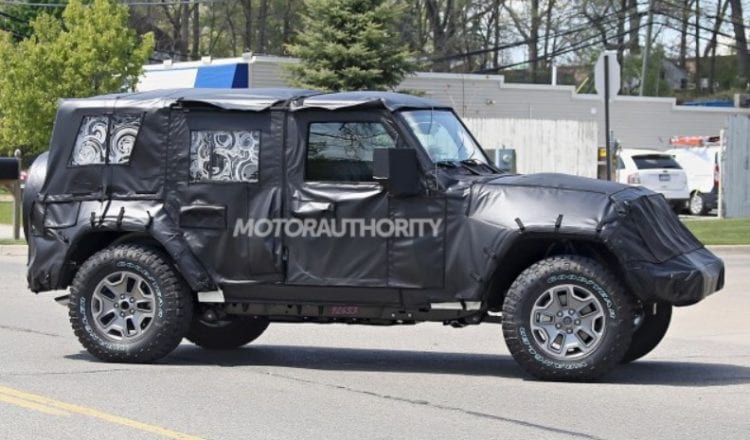 There are not just good parts about the future 2018 Jeep Wrangler. Some rumors suggested a while ago that due to the safety concerns, its doors and window frame are no longer going to be removable. While for many this is not that important, it means that the car will cease to be as great to drive in off-road. The current model has these parts detachable to allow people to get them off to protect them when going in off-road. On top of that, the new aluminum body is certainly going to make it harder to repair and more expensive as well. While many people will see its benefits, some will also get to see its drawbacks.

From the camouflaged test vehicle we saw a while ago, it seems that its exterior design will be altered by quite a bit. The car will still be a Wrangler with the boxy cabin and rather sharp edges. However, the front end seems to get more aerodynamic. Jeep appears to be doing this with a slanted front end which may not look as great as we would hope. The external mounted spare tire might also be gone to improve aerodynamic drag. 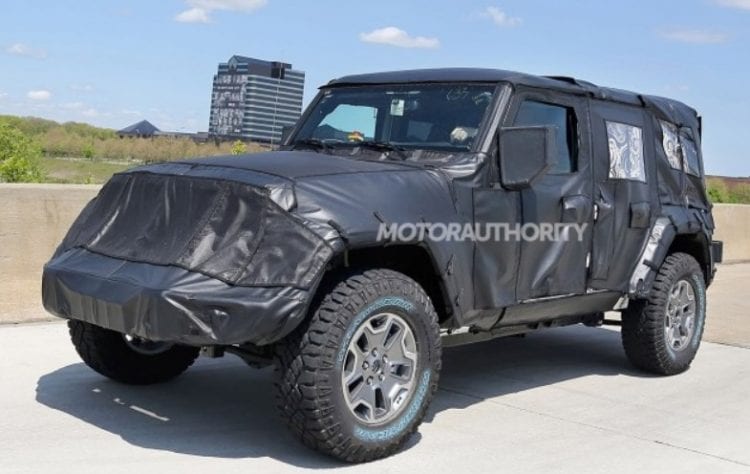 Let’s now take a closer look at what could power the upcoming 2018 Jeep Wrangler. Many rumors suggested diesel, or even a hybrid, a while ago. However, it seems that this in unfortunately not true. Jeep stated that diesel is coming after 2020 while a hybrid should hit the market right around 2020. This means that the model is going to be powered by just a single engine choice at first. This is expected to be an updated 3.6-liter naturally aspirated V6 mill, basically an updated Pentastar V6. 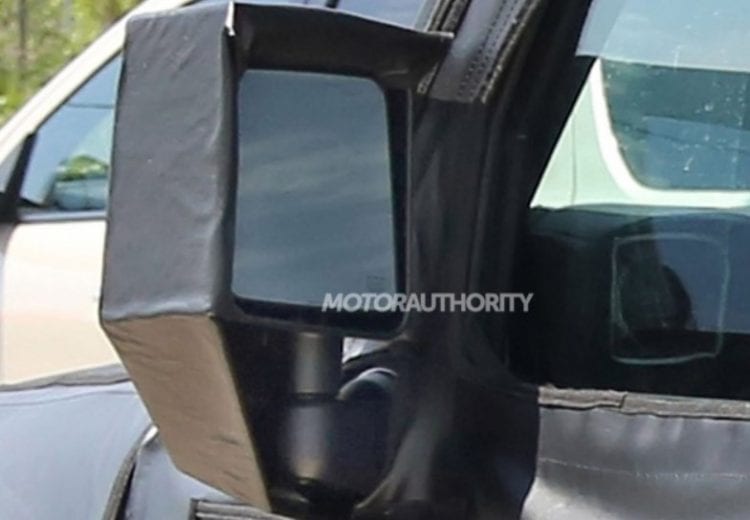 There is still now word on the output of this unit. However, we do expect around 330 horsepower and closer to 290 lb-ft of torque. This would be more than what any of its competitors are offering. On top of that, with the lower weight, the Wrangler should be more economical and faster as well. The largest improvement though is definitely going to be the rumored eight-speed automatic which Jeep tried to install in the Wrangler for quite some time now.