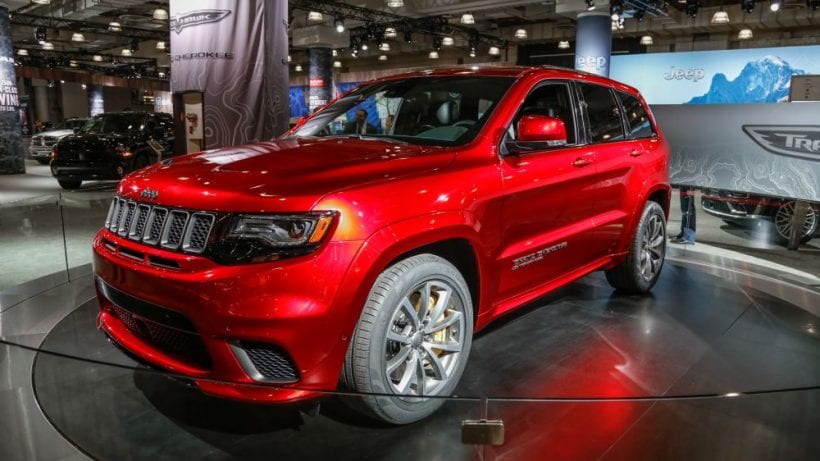 Now that the FCA group officially announced that they are going to focus on their crossover most, rumors started flying around about an all-new 2018 Jeep Grand Cherokee. There is still very little information’s about it but this time around the car should be using an all-new platform.

Finally, we are getting confirmations that the 2018 Jeep Grand Cherokee Trackhawk will be added to the lineup and that we will be getting some serious power under the hood. As you already know it has been earlier announced that this SUV will come with an engine that is also packed under the hood of the Hellcat model.

While the Trackhawk has been confirmed, we are still shy of official information about the power its unit will deliver. Most likely it will bring incredible 707 hp and 645 lb-ft of torque that are sent to all four wheels. This setup will allow it to be the most powerful SUV in the world. 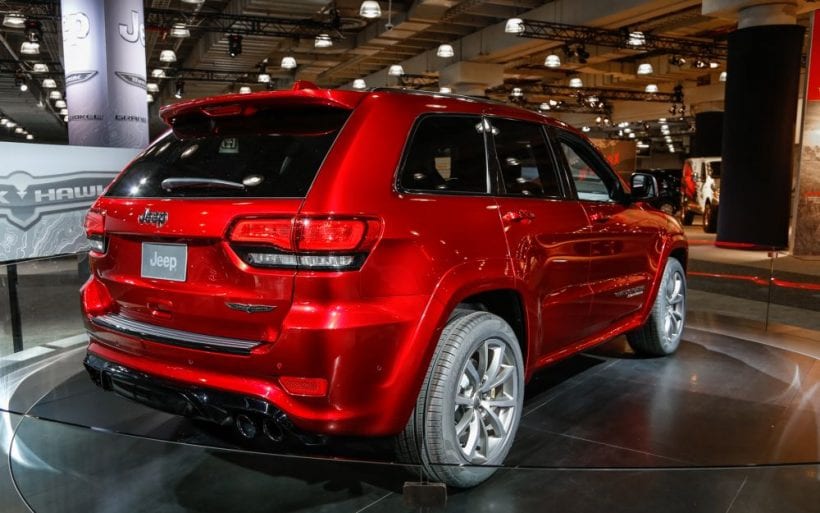 The engine is pretty much identical to the one in Hellcat, 6.2-liter supercharged V8 and the only change is that this one comes with larger oil capacity which is needed due to higher weight, all-wheel drive and a tow rating of 7,200 pounds. Gearbox has been beefed up to cope with extra stress but comes with the same gear ratios like in standard Hellcat vehicles. That this is a truly sport-oriented SUV is confirmed with the addition of paddle shifters and Track mode in which this transmission will jump between gears in just 160 milliseconds.

If you think that this vehicle can post some incredible quarter mile results you are right. At this point, we have only estimations which suggest that quarter mile run will be done in 11.6 seconds with exit speed of 116 mph. Other segments are not lagging, and 0 to 60 mph should be done in 3.5 seconds with a top speed of about 180 mph. 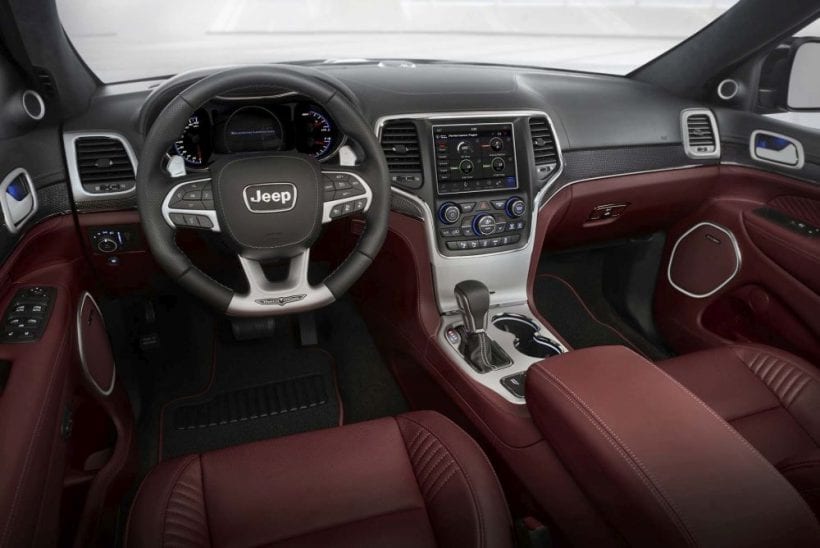 One thing that might not fit perfectly into this Jeep picture is the Tesla Model X P90D that in Ludicrous mode can hit 62 mph in 3.2 seconds while the 1/4 mile mark is reached in about 11.7 seconds at 116 mph. We can’t wait to see these two going head to head, it will be a true clash of titans.

Another thing that we are waiting to be announced is the price. But if we take a look at the cash that is needed for the jump from SRT to Hellcat model in Charger lineup we could conclude that 2018 Jeep Grand Cherokee Trackhawk could be priced at about $84,500. If you want one of these beasts, you should place your order right now as the deliveries should start during the last quarter of this year.

Let’s not forget that the current generation of the Grand Cherokee is using an old Mercedes platform which is fine but not nearly as refined as some of its competitors. Rumors suggest that the future model will have a platform co-developed with Alfa Romeo, which is also going to release a crossover quite soon.

Like before, the Grand Cherokee will be at its core a rear wheel drive car. Luckily Jeep will not be making a front wheel drive Grand Cherokee, which would ruin the vehicle’s design. Until the new model is released, they are expected to offer (probably a limited production) Trackhawk that will use the Hellcat powertrain. The new version, on the other hand, could or doesn’t have to have anything in common with new model. It should use new engines, a new running gear and it will also get a new design. 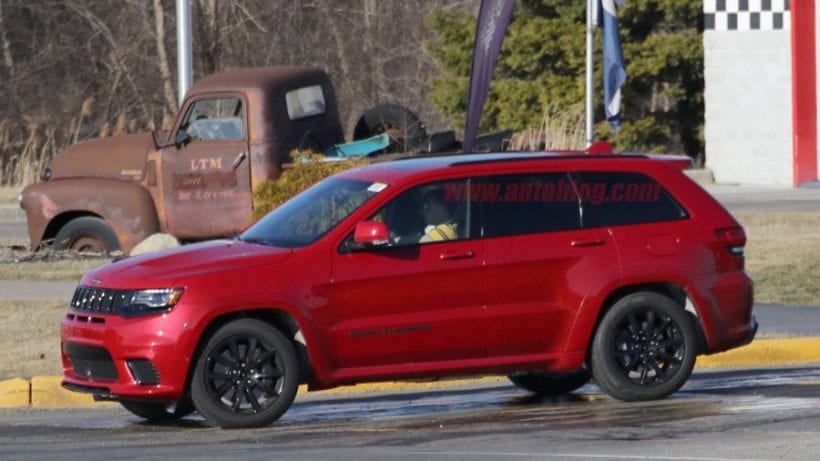 The new Grand Cherokee was long rumored. All kind of news circled the internet, from pure speculation to stories from unconfirmed sources to some quality information from Jeep officials. For a long time, the Toledo-based company has talked the talk and now is time for them to walk the walk. Mike Manley, the CEO of Jeep confirmed that performance version of this SUV, dubbed the Trackhawk, is going to be presented at 2017 New York International Auto Show. In accordance to this, we expected that the basic Cherokee is going to debut at 2017 North American Auto Show. Two months have passed since NAIAS, so we have a new date now. So, we have two possible scenarios.

Using simple logic, we concluded that you couldn’t have a performance version of something if you don’t have a standard one. This means that the release date of 2018 Jeep Grand Cherokee should be set for April of 2017. If things don’t turn out as we tell you, it will be one of the first times in the automotive industry that a car manufacturer releases performance model before the regular one. The other case scenario is that the two models won’t have anything in common so we will have to wait for second half of 2017 for new Cherokee. Your move Jeep.

The new platform the upcoming 2018 Jeep Grand Cherokee is going to use will allow them to shave more than 500 pounds of weight from the car. This means that it will need less power and fuel to get to the same performance levels as the older model. The base version is expected to hit the market with a 2.0 or 2.4-liter turbocharged inline-four petrol engine which will deliver nearly 300 horsepower and 300 lb-ft of torque. Further up the range, a 3.6-liter V6 is still going to be available. This would offer closer to 350 horsepower and 290 lb-ft of torque, and it should be a good upgrade over the base engine.

The large 5.7 and the older 6.4-liter V8 engines, on the other hand, are highly unlikely to be ever used again in the Grand Cherokee. Instead, the car may receive a new twin-turbocharged V6, most likely a 3.0-liter unit. This should be capable of delivering more than 400 horsepower and 400 lb-ft of torque. With this amount of power and the lower weight, the Grand Cherokee will become quite a bit faster than before. A new automatic is also likely to be used and just like before, the rear or all-wheel drive is still going to be available across the range. 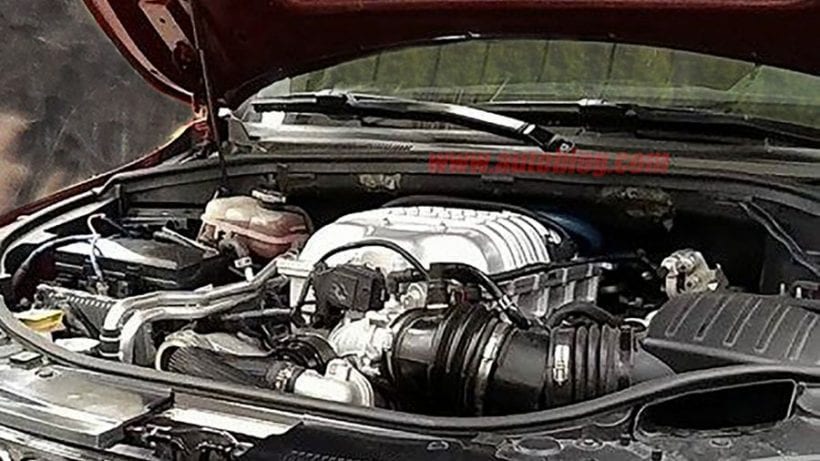 One of the largest unknown factors so far is the way the upcoming 2018 Jeep Grand Cherokee is going to look. However, considering that Jeep has been quite conservative in the past, we expect them to stay true and offer more of an update than an entirely new car, at least regarding design. The car should be slightly larger than before as a seven seats version is in the talk. However, it will likely look a bit more athletic with a more sculpted body.

The same treatment should also be applied to its interior. Here passengers will benefit from more legroom and headroom. The equipment level should also be improved considerably while the general feel of the interior will be elevated. Jeep will likely do this by adding better materials as well as a much nicer design which was a bit lacking on the previous model.