The 2018 model will have Infiniti’s new radical variable compression turbo engine and will make its debut next year. This was confirmed by Infinity boss Roland Krueger in his speech at the Detroit motor show. Roland Krueger also said, “We have to look at technology for customers and this engine offers performance of a V6 with fuel economy of a four-cylinder diesel.”

The company has introduced the QX Sport Inspiration Concept at Paris Motor Show in 2016 and repeated it once again at Detroit Auto Show this year in January after which we knew what to expect from the model.

These spy photos indicate that the concept will soon become a reality since the 2018 Infiniti QX50 looks almost ready for production. The company has worked hard and created a vehicle that resembles the one shown in the concept. 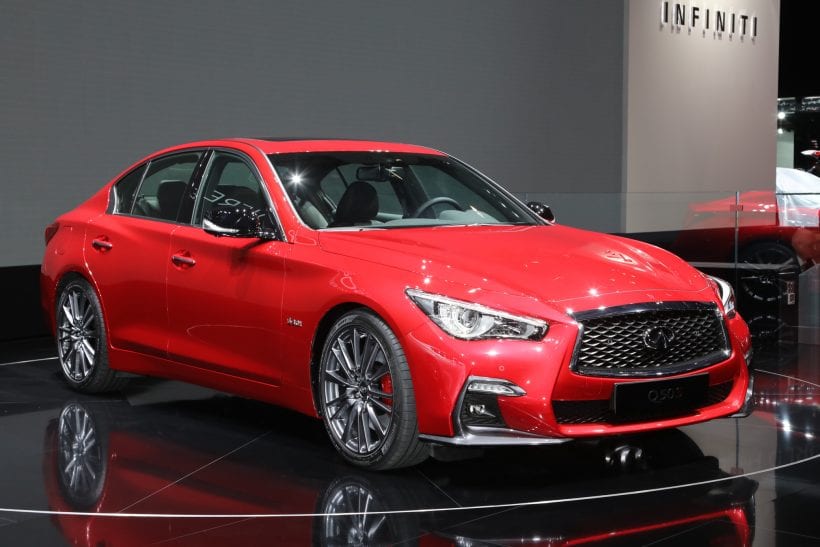 Courtesy of Wheelwell, the images that you can see here were taken in San Francisco, and since the model has an abundance of similarities with the QX50 concept, there is no doubt that this is, in fact, the new Infiniti QX50.

The shape of the grille reveals that this truly is an Infiniti model, although the badges are masked. The “snake’s head” hood, the sculpted shoulder line curving towards the rear and wheels are just some of the similarities between the vehicle on these photos and the concept. 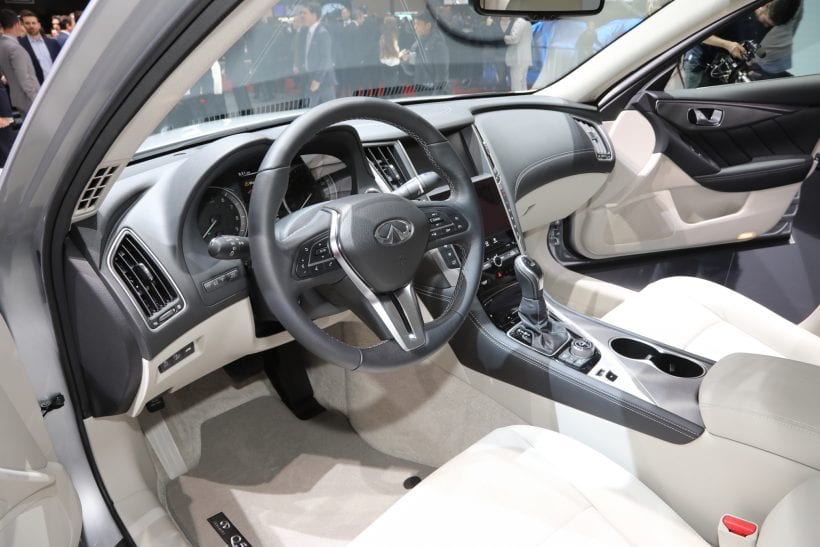 The Japanese automaker had to change the production model a bit, though. One of the different elements is a front bumper that appears to be more rugged, while others include slightly larger mirrors and actual door handles that did not exist on the concept version. At this point, we cannot see the C-pillar design, vents at the bumpers’ outer corners and some other elements that are on the exterior.

All in all, this model bears some striking similarities with the concept that was presented in Detroit two months ago. The current model was unveiled in 2013, and the next-generation QX50 will certainly be improved to stand up to the Audi Q5, BMW X3, Volvo XC60 and Mercedes-Benz GLC.

Despite the fact that the UK market is diesel-oriented, Infinity has many of its vehicles running on petrol. This puts them in a tough spot, but they are hoping that the new VC-turbo 2.0-liter gasoline-powered engine will change that. As Krueger said, “That’s exactly the positioning we’re looking for.” 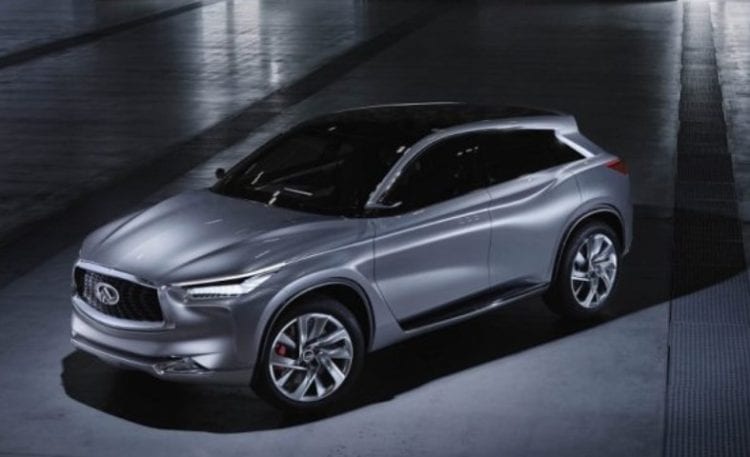 The 2018 Infiniti QX50 concept was unveiled in Detroit on January 9, 2017, and will hit the showrooms in the US in 2018. The model will also be available in the European market (including the UK), but the exact date is still unknown.

Infinity revealed the variable compression turbo engine at Paris motor show in September 2017 saying that it is capable of producing around 270 bhp and 288 pound-feet of torque. According to their engineers, the unit is also around 27% more economical than other petrol powerplants that can produce the same amount of power this engine does. 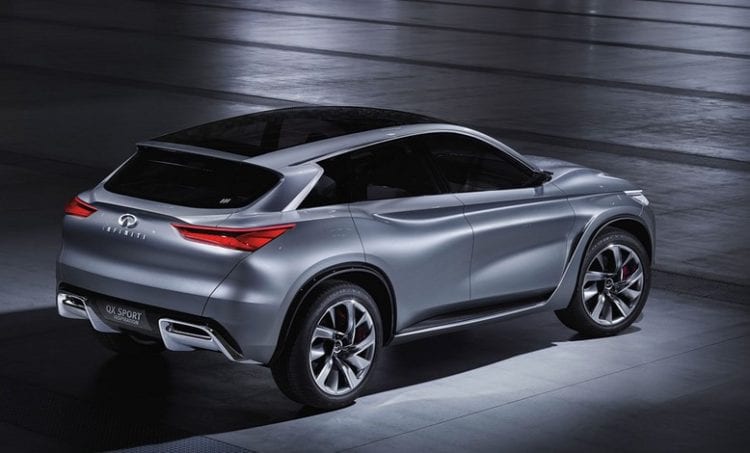