Infiniti entered new design area some time ago, and we should note it is a pretty successful one. Part of that newfound beauty is also its compact luxury sedan offer or Q50. In 2013 G series sedan was renamed as Q50 according to new naming nomenclature, so current model is four years on the market and it’s time for some nip and tuck. Actually, refresh already happened last year, with some technological improvements, but nevertheless, 2018 Infiniti Q50 brought additional mostly in the visual department.

Changes are subtle and not instantly visible, but they indeed do good work making it appear fresher. At the front fascia, the bumper is revised, with a differently shaped area around daylights carrying more passionate and more pronounced curves, while front lip is now separated from the bumper. Now bulging lines of the hood more naturally exceed to the bumper, making the whole fascia more expressed. 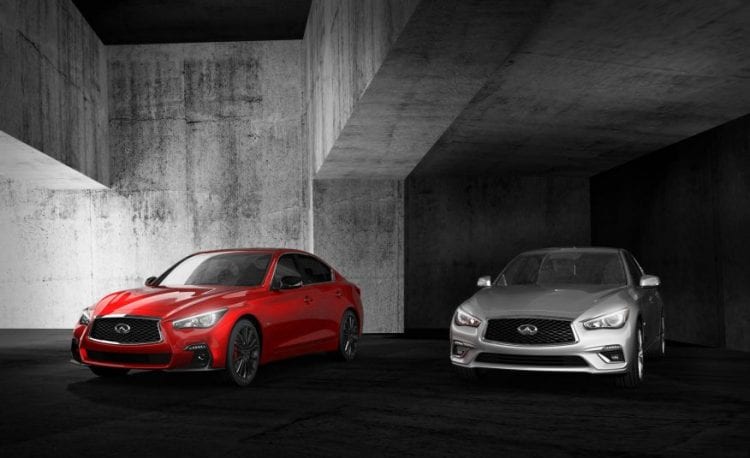 Grille is also slightly refreshed with tighter turns toward inside in upper part of it, while taillights have a new layout. This appears as very Germanic refresh, BMW style for example, and it will produce same effects as with Beemer- when you see it on the street you don’t instantly know what changed, but you definitely know it’s quite more alluring.

The cabin also got its subtle dose of novelties. You can notice new slimmer wheel, borrowed from the Q60 coupe, and that would be it with things can you can actually see on pictures. Infiniti claims the use of better materials, but for that to see, you will have to sit inside. Also, wooden accents are supposed to appear more natural now, both to sight and touch. 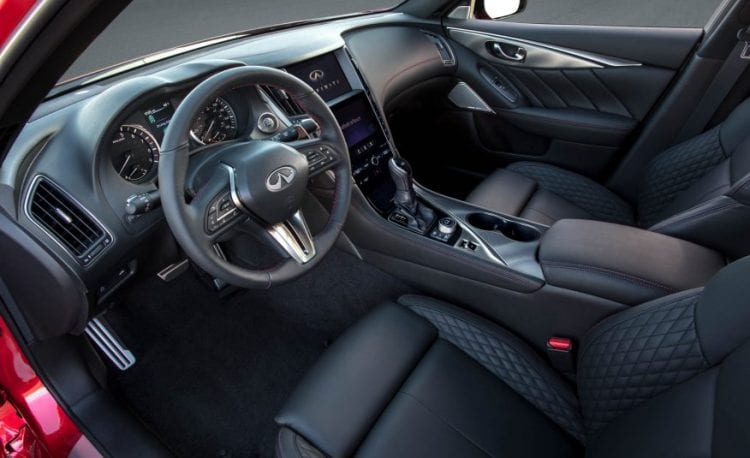 InTouch infotainment remained “UnTouch,” respectively the same, which means you still have two large screens on the dash. Upper is 8-inch in size, and lower is 7, and if you are wondering what two screens are doing next to each other, note that we are, also. It does have some “wow” effect as we have half of the dash covered in screens. 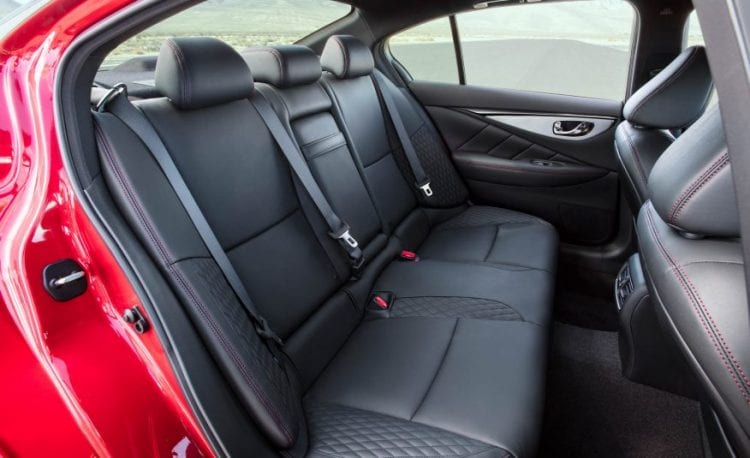 But, since there are no any special magical features not seen before, specially reserved for this system, displays either divide among them things that they are displaying or many features could be shown on both, so practical side of it is not much thought-out.

This refresh brought no changes to this area, but last year one did, with revised suspension and a new generation of Direct Adaptive Steering, which does improve sense at the wheel and the possibility for buyers to easier accept revolutionary “steer by wire” system that Infiniti tries to implement. Engine lineup was also heavily revised last year with the introduction of 2.0-liter turbocharged L4 rated at 208 hp and 258 lb-ft of torque and new twin-turbocharged 3.0-liter V6 that boost 300 hp, and 295 lb-ft is replacing old naturally aspired 3.7-liter V6. Same new twin-turbo V6 is used by Red Sport 400 model, but in its case, it delivers 400 hp. Beside mentioned options, we also have reasonable 2.2-liter turbocharged L4 Diesel as an offer, which delivers 168 hp and 295 lb-ft and hybrid combining 3.5-liter V6 with an electric motor for a total power output of 360 hp.

2018 Infiniti Q50 received only minor, predominately visual tweaks, so there is nothing to attract you to it if you were not attracted before. Q50 is a good leap from G series both visually and technologically, but it doesn’t have anything special about it. 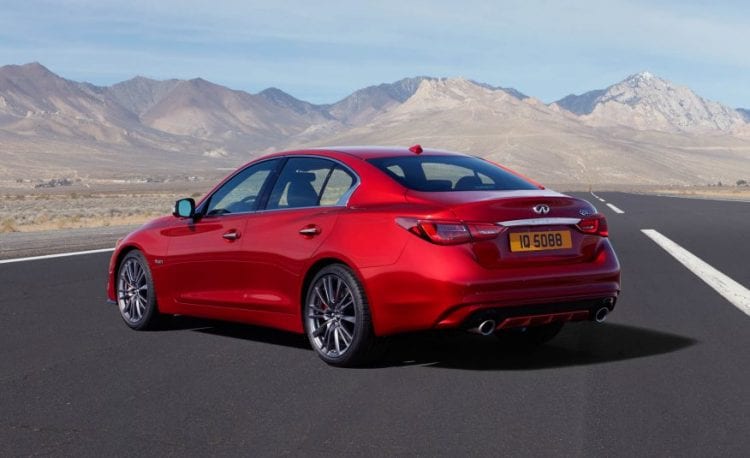 It is beautiful, but so Merc C-Class and Alfa Giulia are, while their build quality and refinement on the inside is far above. It doesn’t drive as well as Beemer 3 Series, Jag XE or Caddy ATS, while with starting price of almost $35k is not especially cheap as Acura and Buick are. Red Sport model failed in styling aggression that we anticipated, and power figure is not up to AMG, M, and V rivals.

It actually tried to pick a spot to shine, and that would be a lack of any physical connection between steering wheel and wheels on the ground, but that part is yet to be tuned to deliver proper feelings, and it is part of autonomous future which hasn’t yet arrived. So, it is the complete package in some way, but none of the parts inside it, are exquisite.