The all-new member of Hyundai family should debut in late 2017, and it may turn out to be less tamed than the first-generation model. The 2018 Hyundai Veloster will have a better handling than the outgoing model, but it will also keep the same figure his predecessor featured.

The Korean Car Blog published the photo in which we can see the 2018 model with an unmasked rear end. Although the picture is in low resolution, we can see some new sporty features that make the car more attractive, some of which are big alloy wheels, i30-inspired taillights, rear diffuser, huge roof-mounted wing and two exhaust tips in the middle of the rear bumper. 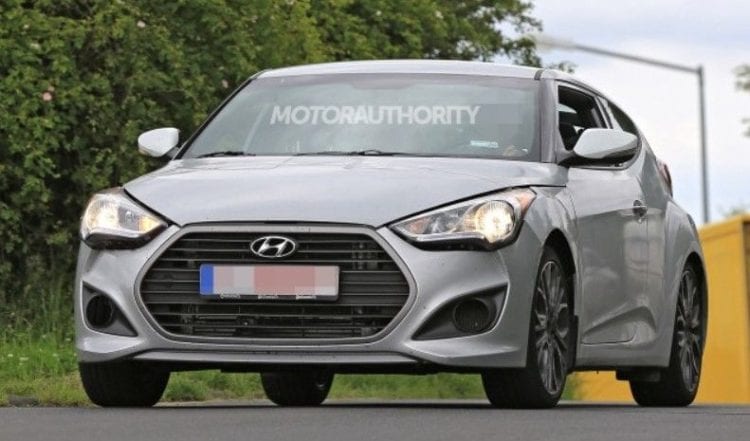 The next-generation Veloster might sport more performance-related features, one of which is the independent rear suspension. The IRS is not a new thing in the Hyundai workshop. The South Korean automaker already used this kind of setup on the 2017 Elantra Sport, it should not come as a surprise to see it on the new model.

As a matter of fact, it is highly expected of Hyundai to use IRS, since they probably want their cars to be referred to as well-handlers among buyers. When it comes to engines, the performance-oriented model is expected to pack a 1.6-liter twin-scroll turbo-four. The engine of the current model is the 1.6 T-GDi which can produce 201 hp (204 PS) along with 195 lb-ft (265 Nm) of torque from 1,750 to 4,500 rpm.

The next-generation Hyundai Veloster that will come to the U.S. is going to offer redesigned elements and will probably be introduced with the 2019 model. The Veloster Turbo will continue to use the 6-speed manual transmission, and for those who do not fancy driving the stick, there will be another option – a 7-speed dual clutch gearbox.

We are in for a treat as Hyundai plans to reveal yet another amazing vehicle before 2020. The design of this hatchback is inspirited by the RM16 N, and this model will offer a mid-engine setup, XXL wheel arches, and rear-wheel-drive. 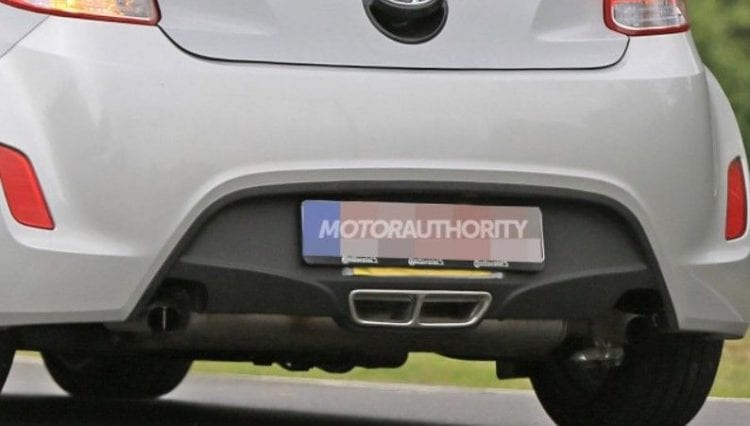