Work never stops at Hyundai. The company recently introduced the Genesis luxury brand, and it appears that other important models will be getting a redo. The Chicago auto show was the event where the redesigned Elantra GT debuted, and we will soon get to see the new 2018 Hyundai Sonata which will adapt a sportier look.

By having a look at some teaser sketches which can be found on Hyundai’s social media accounts, we can already assume some of the new features the vehicle will have. On these images, you can see the standard Sonata along with the Sonata Turbo which is on offer in the U.S. as the Sonata Sport 2.0T. Also, in order to clearly see the differences, Hyundai included the outgoing models alongside the new ones. 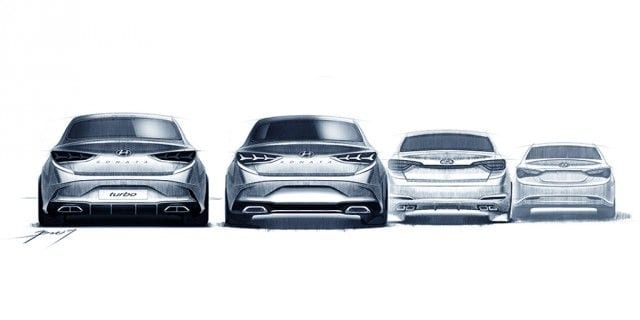 The next-generation Sonata will have a sportier appearance thanks to the Elantra and Accent from which it borrowed some design cues for its update, especially when it comes to the new lights and grille. The vehicle will almost certainly be improved inside the cabin also.

We still do not know what will change under the hood. Some rumors suggest that the automaker will get rid of 6-speed automatic and go with a new 8-speed auto transmission. Also, the Hyundai N performance division is working on a new turbocharged 2.0-liter inline-4 engine. This unit might find its place in the refreshed Sonata Turbo or Sport 2.0T as it is called in the US.

The vehicle will be revealed this year as a 2018 model. We strongly believe that the updated Hyundai Sonata might appear at the 2017 New York auto show which is scheduled for April. Hopefully, on those occasions, we will be getting more details about both variants. 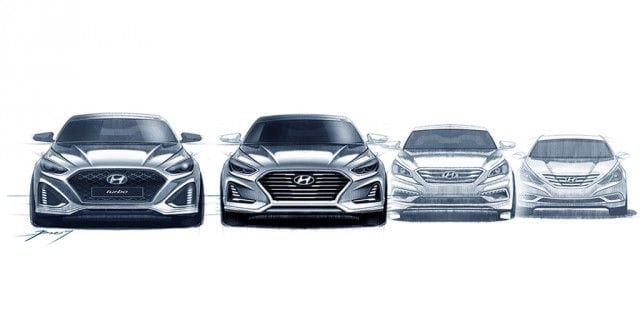