Hyundai has never been shy in experimenting in the SUV area. Besides now well established Santa Fe and Tuscon, which was for a brief period called ix35, during a recent history it also offered some other models. They tried with proper off-roader Terracan based on Mitsubishi Pajero, which is actually still in production but only in China and they did come to the market with luxurious Veracruz or ix55, which didn’t go so well in terms of sales.

The point is that Korean automaker is not afraid to enter new segment and the slot below Tuscon stands empty from the beginning, while many other brands hurry to fill it up in recent time. We see spy photos, and we remember concept Intrado, so we are probably looking at 2018 Hyundai rival to Juke.

CEO of Hyundai America Dave Zuchowski pointed out that brand could be very interested in offering smaller crossover that could position itself under Tuscon. He also added that new model shouldn’t copy bigger brother design clues as that could repel some buyers in search of uniqueness, so it needs to follow its own and different design language which has to be daring enough to rival Nissan Juke in a proper manner. That would be a model designed for generation Y and first-time buyers, so initially, it has to suit their tastes visually. 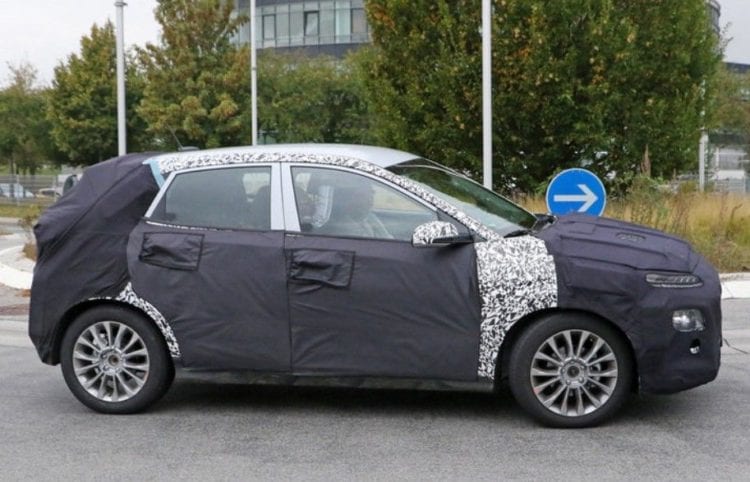 The car is extremely camouflaged, and there is not to much to be seen. But if we try to remember revelation from Geneva Motor Show in 2014, we would recollect that Intrado with its “Fluidic Sculpture 2.0” design language looked plainly amazing. We are talking about the sub-compact segment, which allows very limited dimensions, but Intrado appeared remarkably bold and imposing despite that.

On the testing mule, we can notice latest grille style from Hyundai’s lineup and very narrow headlights which would correspond to the one on the concept. At the rear, lights are pretty high which also resemble Intrado, and they feature LED strips. Furthermore, the single exhaust pipe is visible.

There are no spy shots of the interior, so we are in a totally unknown area. Intrado can be taken just as a hint, while nothing further due to the extremely futuristic cabin that it had. Happily, the Koreans would not just borrow and mingle together i30 and i20 parts, because, in order to gain any success in the funky segment, space needs to have its middle point with youth. Intrado is obviously a bit too much, but it could prove as good starting ground.

Rich customization part is a must for the segment in question and also abundance in tech part, which would include modern infotainment system with Bluetooth connectivity, streaming audio, Apple CarPlay and Android Auto and lots of connection points all over the car. 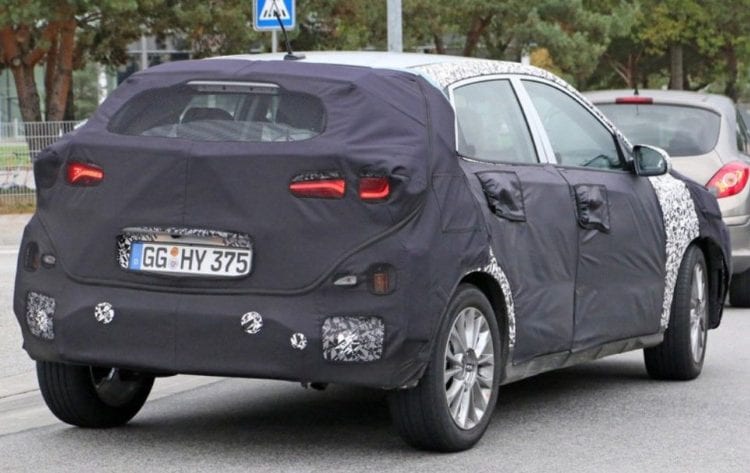 Here it can borrow freely from i30 model, as long as it doesn’t borrow its styling cues, so expect 1.6-liter gasoline and diesel engine, first with 128 hp, while later with 134 hp. Diesel is also sovereign in torque field offering 192 lb-ft, while petrol unit comes with poor 116 lb-ft. Although petrol has not rested its case, since there is more powerful one, 1.8-liter unit rated at 148 hp and 132 lb-ft, which is probably going to be the only option offered for the US market.

Now we can wait, as rumors suggest that we could expect this thing somewhere in 2017. The segment in question is kept getting packed by each day, and 2018 Hyundai Juke rival has to pull right strings to make a sweet spot for itself. Anyway, we are talking about Hyundai here, which manage to pull interesting stuff lately with Veloster and ultra luxury things with Equus, so versatility and innovation have deemed as no problem so far.