We just recently wrote about upcoming Hyundai i30 estate, that is set to debut in Geneva next month. Hyundai granted us a teaser picture, but it seems that they couldn’t be patient enough till March and we have received images of new 2018 Hyundai i30 Tourer. We already covered lots of facts about it before, but let’s review some of them again now that we have the whole photos of it and some that we didn’t mention before.

Hyundai entered the compact segment with Elantra model in 1990, and the first generation was available solely as a sedan. The second gen introduced wagon, but for some reason third didn’t, it was back in the fourth one, and then it disappeared again. Elantra is a huge volume seller, and it is constantly hitting the list of best-selling vehicles worldwide, while Europe story is a bit different.

Europe has never been too inclined to this compact sedan, so Koreans chose a different strategy and offered different compact model named i30 in 2007 in hatch and wagon shape. Both versions caried on for the second generation, the hatch is sold in the US as Elantra GT, while the previous generation was named Elantra Touring over there and came both as hatch and estate. Strategy with this model proved right as sales in Europe jumped significantly. 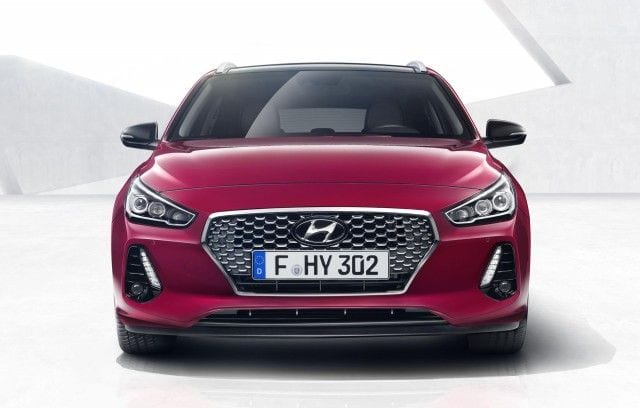 So, new 2018 Hyundai i30 Tourer is mostly intended for Europe, while probably it is still going to appear in the US as Elantra Touring, although nothing is officially confirmed yet. On old continent, demand is still high for compacts, but competition is overwhelming. While it struggles to breach 100k annual units sales lately, and not able to from 2011, competitors as Focus and Astra are easily pushing double figures, while Golf is circling around half million marker as usually.

That might be the reason why this generation changed the course in many areas, hoping that it could carry the potential for higher numbers.

Let’s say that new i30 is a quite different thing than the model it replaces. It is not an evolution of it, rather the revolution. Europe has always been kind to refine and premium looks, and i30 went there finally. It looks like a mixture of Audi, mainly because of Cascade grille and Golf with its overall shape and rear end. It looks upscale and mature compared to the previous version, but it lost some design quirkiness and excitement. But it did that on purpose.

The cabin is at first glance updated and mowed to another level, following outside story. Finally, used materials are up to the task and clean and elegant design complete the picture. Sales of the Golf openly suggest that Europeans go for restraint and Hyundai offered it. Time will tell whether it was the right move for this company. 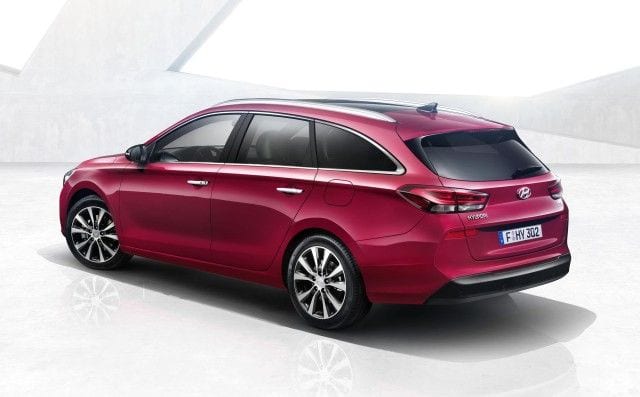 The overall length of the car is 180.5 inches, which is 0.4 inches more than Golf. Maximum storage capacity with folded rear seats is 58.2 cu ft which is actually more by one cubic foot from mentioned class leader. One cubic foot is not much but it has the psychological impact, and Koreans know that. Petrol engines will range from 1.0-liter turbocharged I3 to 1.4-liter turbocharged I4, while diesel offer comes in the form of 1.6-liter I4 with different outputs as we already covered that in our previous reviews.

Price starts from £16,995 ($21,332) in the UK, which might be a risky move as it is slightly above Ford Focus. Though we have to keep in mind that new i30 is also coming with the 1.4-liter naturally aspirated engine as base offer and price for it is not announced yet, but it is supposed to undercut most rivals. So, 2018 Hyundai i30 Tourer is here with design turn and one cubic foot more than a class leader, and we will see whether that is enough for demanding European taste.