New i30 model debuted just recently, we also had the opportunity to see estate version while the official introduction is just in front of us, and we are waiting for the spicy N series, but according to the Koreans that is not all. One more thing is on the way, officially confirmed by Hyundai and now sealed with first spy shots, taken on public roads. 2018 Hyundai i30 Fastback is under some heavy testing, and we expect it to arrive right at the beginning of the next year, probably priced in the same range as hatch twin. There is a chance that official debut happens earlier, probably at Frankfurt Motor Show in September this year.

The car carries heavy camouflage, and not much is there to be seen. Nevertheless, expect i30 fascia, probably in unchanged shape, while only difference will evidently be daytime running and turning lights which are the same piece and, as we see, are more leaned to the side. That could actually also further modify the appearance of air intakes that surround mentioned lights. 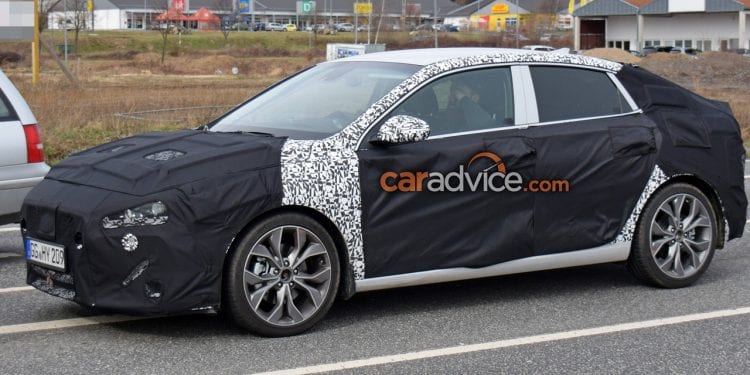 Cascade grille and headlights are expected to carry on unchanged. Most of the things will happen at the back. We see the sloping roof and elegant fastback design, while tail lights will probably have a different shape. Apparently, the future model has visible exhaust tip at the right side, unlike the hatch, which went for the idea of hiding ones. There are no photos of cabin yet, but don’t expect any changes there.

The new vehicle should be powered in the same manner as hatch or wagon. That implies the use of naturally aspired 1.4-liter I4 with 100 hp, or turbocharged 1.4-liter I4 delivering 140 hp. There is also turbocharged 1.0-liter inline three rated at 120 hp. Diesel offer consists of 1.6-liter I4 in three different configurations, either with 95, 110 or 136 hp. As for the transmission, you have manual or 7-speed dual clutch automatic which is available with stronger units. In the US we have recently introduced Elantra Sport pushing up to 201 hp, but that power is not available with i30 model currently. When proper N series arrives, it should top that figure by 50 hp at the minimum, although it is questionable whether this fastback is going to be involved with N badge, probably not.

We know that i30 hatch is coming to the US as the next generation of Elantra GT, and that is fine since it is replacing the same model as in Europe, which was offered from 2012 in America. But with this one, we have a different story. 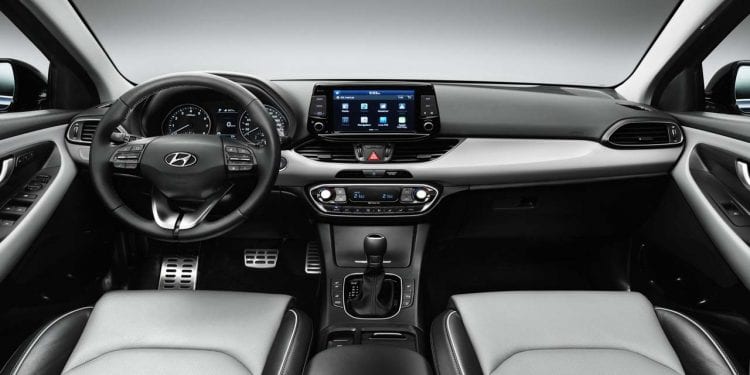 The sixth generation of Elantra was revealed in 2015, while it reached US shores last year. So, we are talking here about the brand new model, and upcoming 2018 Hyundai i30 Fastback is an identical offer to it. That won’t trouble Europe as Elantra sales are catastrophic and once new i30 sedan arrives, they could pretty much withdraw Elantra from brand’s offering. But in the US, Elantra is a huge seller and replacing it is out of the question as in many other places all over the world. 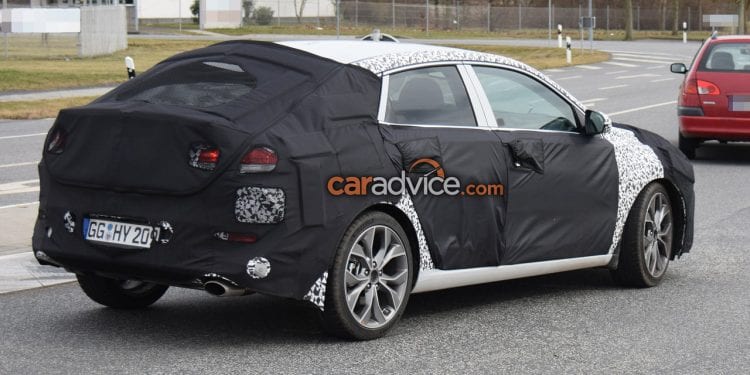 But then, having a double offer of compact sedans is nothing better and can lead to nothing but cannibalism. This might trigger conclusion that the US is not going to house new 2018 Hyundai i30 Fastback, as well as many other parts of the world where Elantra is among best sellers, so it could be Europe thing, trying to mend the current situation there.