02/20/2017 UPDATE: The South Korean automaker revealed the fifth-generation 2018 Hyundai Accent at the Canadian International Auto Show which is currently being held in Toronto.

According to Hyundai, the next-generation Accent is much better than the outgoing model and features a different design. Other than that, the vehicle will have some mechanical modifications which separate it from older versions.

Few changes to the engine allow it to be about 7 per cent more economical thanks to the combination of low-friction piston rings, variable fuel pressure module and an upgraded ECU. When it comes to the gearbox, we know that it will be offered with either a six-speed manual or automatic transmission.

The 2018 model also gets a stronger chassis. Some of the safety improvements on it are upgraded front airbags, more resilient front side members, and a better front crumple zone. Other than that, Hyundai included a rear view camera and Autonomous Emergency Braking. 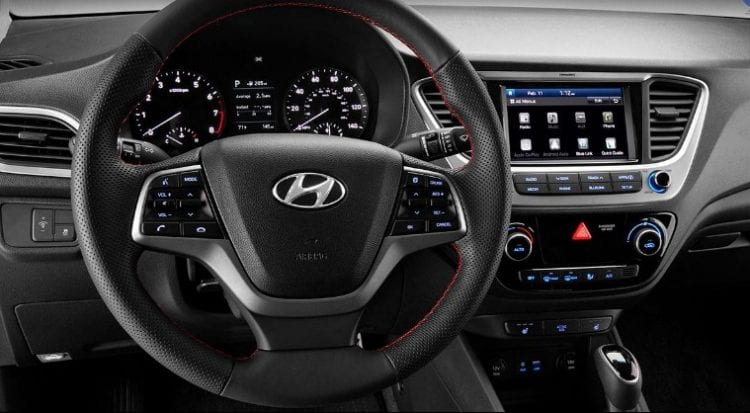 The new model has a different styling too. The automaker decided not to keep the happy face setup which was accomplished thanks to curved fog lights. Instead, the 2018 Hyundai Accent has a mean looking front grille with chrome trimmings. The more appealing look is completed with the headlights and taillights that feature sharper angles.

If you live in Europe or US, then you probably don’t have any special feelings about Hyundai Accent. It is just simple subcompact car from Korea which replaced Excel model, which was by the way first Hyundai that landed on US soil. If you are from somewhere else, then… Then you may know it as Verna, Bimantara Cakra, Kia Qianlima, Dodge Brisa, Dodge Attitude, Brio, Avega, Super Taxi, Super Pony, Solaris or Accent with added Vera/Admire/Viva/Gyro/Executive/Era/Vision/Web II/Blue/WIT… And this was not a joke!

If you live in Europe or US, then you probably don’t have any special feelings about Hyundai Accent. It is just simple subcompact car from Korea which replaced Excel model, which was by the way first Hyundai that landed on US soil. If you are from somewhere else, then… Then you may know it as Verna, Bimantara Cakra, Kia Qianlima, Dodge Brisa, Dodge Attitude, Brio, Avega, Super Taxi, Super Pony, Solaris or Accent with added Vera/Admire/Viva/Gyro/Executive/Era/Vision/Web II/Blue/WIT… And this was not a joke!

This model may appear irrelevant for both sides of North Atlantic, it is one of the main things on streets of North Africa and India, among else. And besides it is in the fourth generation, the second one is still selling nicely in many countries around the world. So, for some, future 2018 Hyundai Accent may be one of the most anticipated things by far.

Hyundai has just teased us with some, not revealing too much, photos and video of the upcoming new model. Things that we do see from offered material is that new Accent will house new sharp corporate grille, similarly shaped as one on the new i30 model, headlights have incorporated LED daytime running lights, while the rear is evidently also sharper with elongated taillights carrying modern LED configuration. Nothing was shown regarding the interior, not on photos and not on video too. This was on purpose, as with all teasers, and it is supposed to push us into the state of anticipation, if only it could…

The teasing had obviously failed, and if you read our stories regularly, you know why. As you may know, during the previous year Beijing Auto Show was the place where the Hyundai Verna Concept was introduced, and Verna is Accent in China as you assumed already, which back then gave us a pretty neat picture of what should we anticipate. 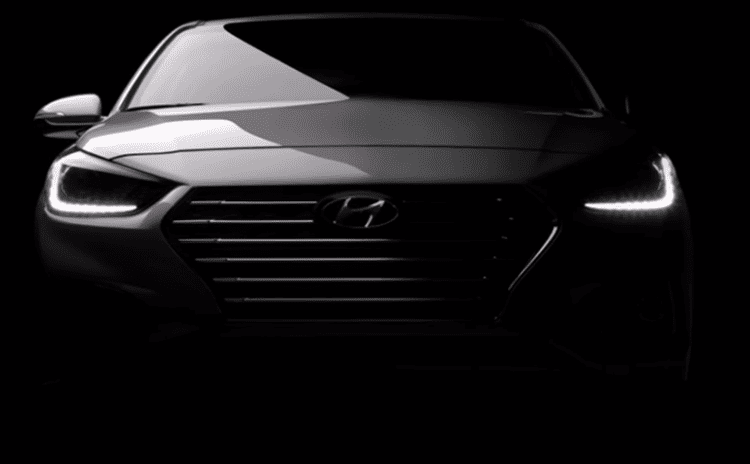 Soon after that at 2016 Chengdu Motor Show, precisely on September 2, new Verna was revealed. It has also been presented in India, and we covered that story couple of days ago. Then, there is nothing mysterious about upcoming 2018 Hyundai Accent, that is yet to hit the old continent and American shores.

If you want to break all that mystery caused by teasers, then throw a glimpse at our Hyundai Verna story, and you’ll see what you could expect from it, in a visual sense of course. 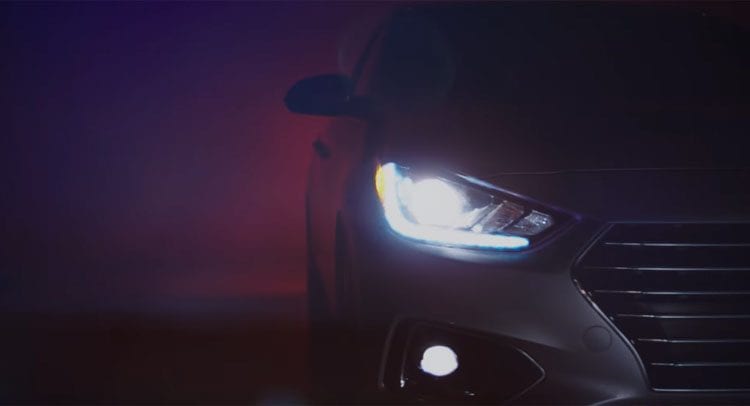 The story is about Indian model, and while we don’t expect any huge changes on the inside, as it might stay perfectly the same, we would be happy to take better materials in the cabin and fancier technology for western part of the world.

West will see the hatchback shape derived from the sedan, especially for the market in Europe, while China and India should settle just with the small saloon. For tech side, we expect at least 8-inch infotainment screen with support for Android Auto and Apple CarPlay, rearview camera and navigation, as that is what Eastern model has joined by updated Bluelink telematics system. In the US current 1.6-liter unit could carry on, but better would be replacement with the new 1.4-liter turbocharged petrol engine mated to a 7-speed dual clutch automatic from current Elantra. All things that are going to be specially tailored for western taste are close to a revelation as Toronto Auto Show is just in front of us. 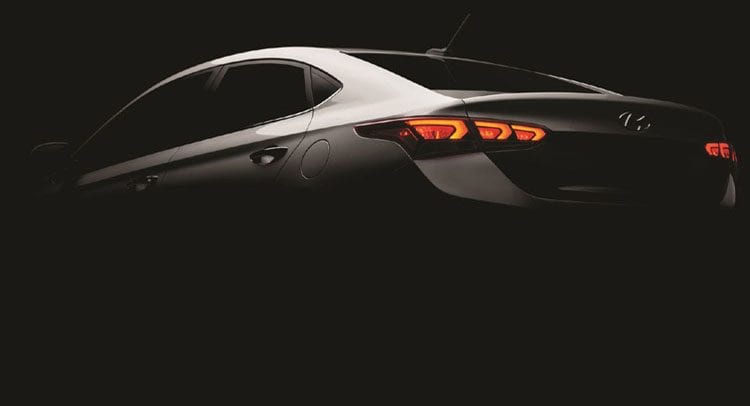