Minivans, MPVs or people carriers, they were all decimated with the birth of crossovers. Suddenly new breed arrived offering more space than usual hatches and sedans but in more amusing shapes than our traditional MPVs. Sales charts begin to appear as mourning point for brands offering ones, and many of them retreated from the battle. In the US minivan segment is not as crowded as it used to be, and the ones that are still here appear as a wise choice today since most of them are still rolling out in pretty decent numbers. Their time is far from over, so Japanese hasn’t been shy to offer brand new 2018 Honda Odyssey, which is, by the way, hanging with the upper crowd when sales of its predecessors are concerned for some time now.

Don’t anticipate too much on this field. The new look is definitely here, but it is incorporated somehow into the same frame. We won’t be getting styling boldness that we can see on Japanese turf, but still, it is far from boring. It continues to be people carrier and new full LED headlights, new grille, and more daring front bumper are all nice touches. 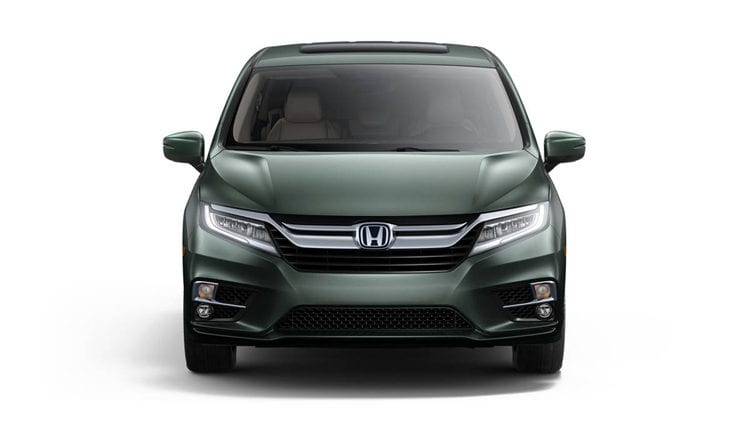 The side is the part of the body which steals the spotlight as it looks absolutely amazing with blacked out pillars and floating roof. Signature lighting bolt line is present but in much nicer surroundings. It made previously the bus looking vehicle appear interesting to eyes and we can bet that it can catch your attention on the street at least in the beginning.

Honda took the different approach here. Previously large and bulky dash has been exchanged for much smaller and sleeker one. 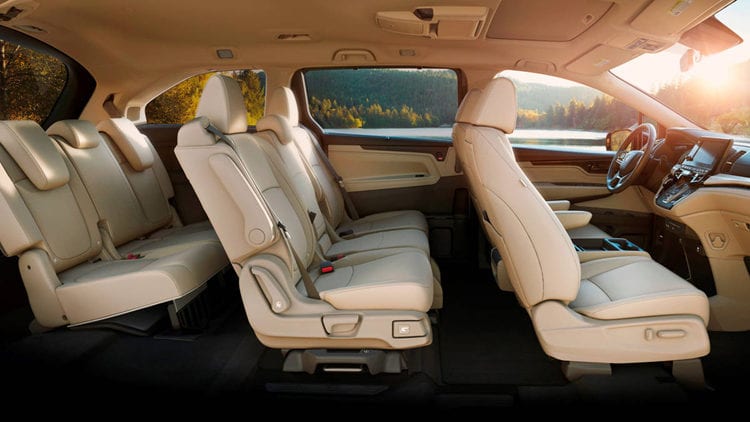 It appears much more elegant with smoother looking buttons and stylish infotainment screen. Also, new dash layout creates a sense of improved roominess, which is one of the primary cravings of all van buyers.

New Odyssey has been using high-strength steel, magnesium, and aluminum in greater quantities than before, so weight is reduced by 96 pounds. If we add to that additional 32 hp from familiar 3.5-liter V6 now boosting 280 hp, we come to the conclusion that new model is definitely going to be more interesting in driving department. On top of everything stated there are also new 9- or 10-speed automatic transmission options that come as a replacement for old 6-speed one.

This type of car is bought with your family in mind. It is poised to offer highest possible comfort level but without taking anything from the equation. That is why it has three rows for sitting, and even the third row can accommodate adults, although in average size. There are also clever sitting arrangements, predictably dubbed “magic,” so the second row is called “magic slide” now giving the possibility for outer seats to slide to the side. 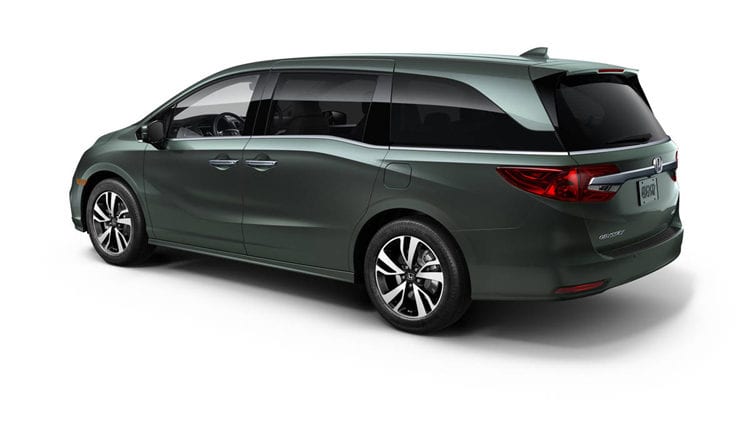 Added apps and features in most cases support the fact that there are more people in the car than just a driver, so one has playlist function letting eight different people create and upload their personal musical choices. CabinWatch let you monitor your children at the back with camera transmitting the picture to you dash screen, CabinTalk will let you speak with them through speakers, while 10.2-inch screen hanging from the ceiling will try to make them quiet and entertained.

As we said, people carriers are far from throwing a white towel, and 2018 Honda Odyssey is one of the examples. They are still kings of the space and practicality and best choice when having your kids in mind. They finally started to play with visual appeal, and while new Odyssey is not going to leave you breathless, same as any other member of the class, turn in the positive direction is more than evident.