Ongoing Honda Fit was introduced back in 2015, and as such it is still young for a redesign but the time is just right for it to be freshened up a bit. Honda typically keeps its mouth shut regarding the future models and this is the case with the new version of their mini. Nevertheless, it is only a matter of time when are we going to see camouflaged vehicles being tested. 2018 Honda Fit is going to come with minor changes mostly on the front fascia.

Honda is in the process of redesigning its entire lineup and putting up its new design cues on all models. That is the main reason why Fit is going to get an update. Japanese automaker won’t go deep into improving this vehicle to keep the price affordable. Like we mentioned the changes would most likely consist of replacing the grille, headlights and front bumper to bring the new version close to the rest of the lineup. When the job gets done, 2018 Honda Fit will have front end close to the one of the Civic. In addition to the things listed above it is expected for this car to lose around 66 pounds which will make it more fuel efficient and it will also improve handling. 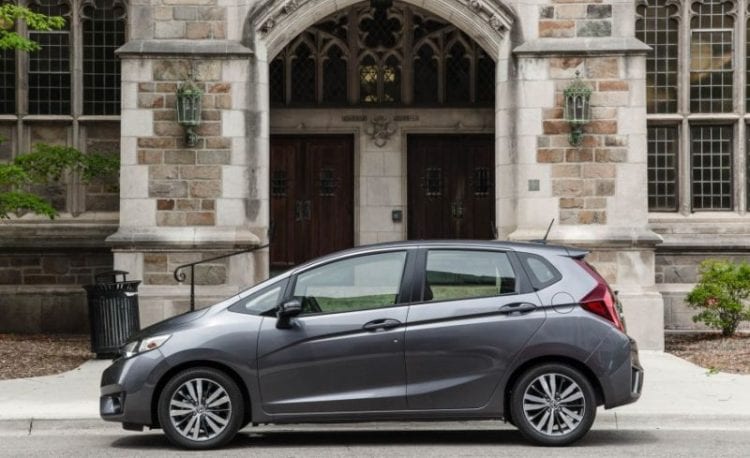 On the inside, Fit will continue to offer flexible cabin with various features (configurable Magic Seats included). There aren’t many improvements that Honda can make to the interior of Fit that can be done without increasing the price. Another reason for the delay on the upgrading of cabin, features and infotainment system is that Honda drastically changed the internals of latest CR-V and most of the differences were greeted with mixed reviews.

As far as the powertrain is concerned, there are three possibilities for Fit. First one is the use of the current engine which is a 1.5-liter 4-cylinder with 130 horsepower and 114 lb-ft of torque. This unit comes with a standard six-speed manual and optional CVT (continuously variable transmission that simulates six speeds). According to EPA, this powerplant has fuel-economy ratings standing at 40 mpg when mated to a CVT.

The second possibility, according to audtoguide.com, is the introduction of a 1.0-liter turbocharged three-cylinder engine which would be borrowed from Euro-spec Civic. This unit would be able to produce 127 hp. The third version would be the 1.5-liter four-cylinder hybrid i-VTEC mated to Honda’s I-MMD system.

There is no official date set for the release of 2018 Honda Fit but looking at previous years in the lifespan of this model there is one logical answer. The mildly refreshed vehicle will be available for purchase in the summer months of this year. The car will be sold as 2018 MY.

We are not sure just how much will the Tokyo-based company temper with Fit, but if our predictions turn out to be true the price will not change all that much. In case that Honda puts up the work on Fit and improves it both on the outside and the inside price would be moved slightly north. In any case just for comparison here are the prices for ongoing Honda Fit. The 2017 vehicle starts with $16,825 for the LX version equipped with manual transmission. If you opt for a CVT gearbox, you need to pay $800 more. The top model in the lineup is EX-L trim, and it costs around $21,100.