Yes, it’s spied! New 2018 Honda Accord – The Accord is likely one of the best-known family sedans on the market. Why? It is cheap, well equipped and it looks different. However, its chassis is quite old at this point, and its engines are not as great as they used to be. This made many people start talking about a new version of the car and with them; rumors started flying around the Internet. It seems that the upcoming 2018 Honda Accord might be an entirely new car which would be their first sedan to be based on a new modular chassis. For the first time, the Accord and the Civic are expected to use the same platform, and we don’t mind this.

Rumors and speculations about the possible release date for 2018 Honda Accord have emerged, and while we urge you to take these with a grain of salt, we are pretty sure that Japanese brand has something, at least similar, in their book.

It is clear that the new vehicle will be offered as 2018 model and we have already seen a bunch of spy photos from tests meaning that this thing is getting closer to the final version. Although the images are showing heavily camouflaged vehicle, we are sure that we will see its introduction in the next few months while the launch should happen before the end of this year.

Exact release date of 2018 Honda Accord hasn’t been officially announced, but speculations suggest that late September could be the approximate time when the carmaker will make its move. There is a possibility that redesign will hit Hybrid version also but some reports say that it will not change anything under the hood and that it will not be available right after standard version comes. Most likely it will be offered about one year later, but there is a question why would they postpone it if there will be no changes to powertrain so we can only hope that upgrades will be coming to this segment also.

Honda Accord as we know it now has been present on the market from 2012 and since then only went trough one facelift for 2016. The current edition of Accord is part of the ninth generation, and Honda officials are of the opinion that the time is right for their reliable sedan to enter its tenth. Success is something that Honda is going trough with new Civic, and you can expect them to be satisfied with new 2018 Honda Accord. A clear sign of the arrival of updated model is the set of spy photos that we are going to present to you.

Just like we are accustomed by the entire car manufacturing society latest edition of this vehicle has been spied wearing heavy camouflage. Some of the most notable things on 2018 Honda Accord are Civic-like design cues. Fastback roofline and short trunk look very similar to the ones on new Civic. The headlights look unchanged compared to the current version, but it is possible that the test mule isn’t wearing headlamps intended for production.

Photos show small glimpses of the interior, but not much can be seen except dozen buttons more than on the current model which could be a signal that the new infotainment system is on the way. It could also mean that this is only a test prototype and that those buttons are there only temporarily. 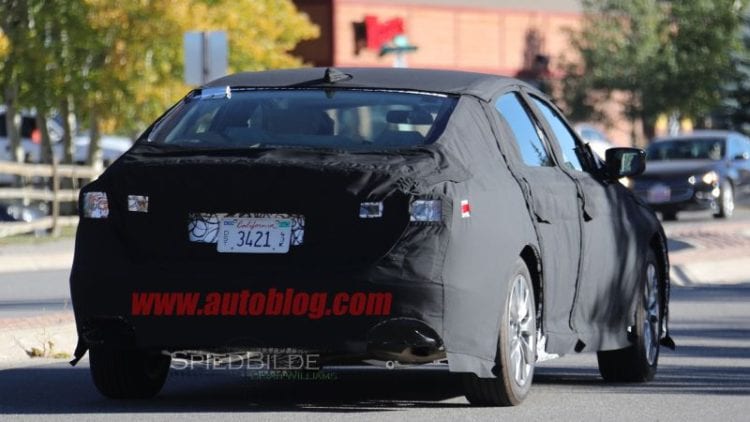 From the photos that we have at our disposal nothing more can be concluded. The news on interior and powertrain are still in the domain of rumors and speculations. Loudest ones are saying that the engine will be turbocharged and that the power will go through a CVT, but that remains to be seen. Also, it is possible that 2018 Honda Accord is going to say goodbye to the V6 and move onto four-cylinder units like most of the competition already did.

Camouflage-free 2018 Honda Accord can be expected somewhere during the next year.

While this would usually mean that the larger car would get worse, in the past couple of years many companies proved that this is not true. The new Accord is still going to use a front transverse placed engine but thanks to the new platform, it is going to be pushed slightly forward. Many will think that this would cause the driving comfort to be lower than on the previous version, thanks to a lot of improvements to the engines and chassis should allow them to keep the balanced chassis of the car. As a result comfort and drivability will remain on a high level that is expected from Accord. Also, the price of the rumored new Accord should stay on the same level. However, because the production costs could potentially go down, the car might get quite a bit more equipment than before. 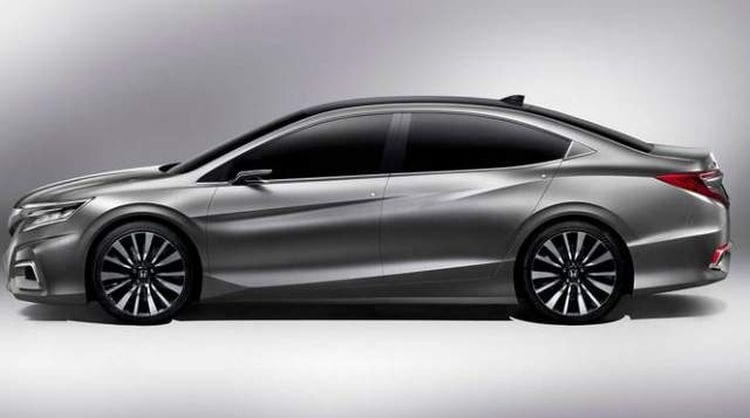 One of the largest drawbacks of the current model is the way it drives. The car feels disconnected from the road, and while it is comfortable, it is not as smooth as many would hope. The new chassis and an all-new suspension system, likely with better dampers and slightly softer springs, should make the ride smoother. Also, the new dampers should allow the driver to control the car better, and the new weight distribution might make it easier to drive as well. To be sure about this we will need to test it fully so keep an eye on this review for further details. 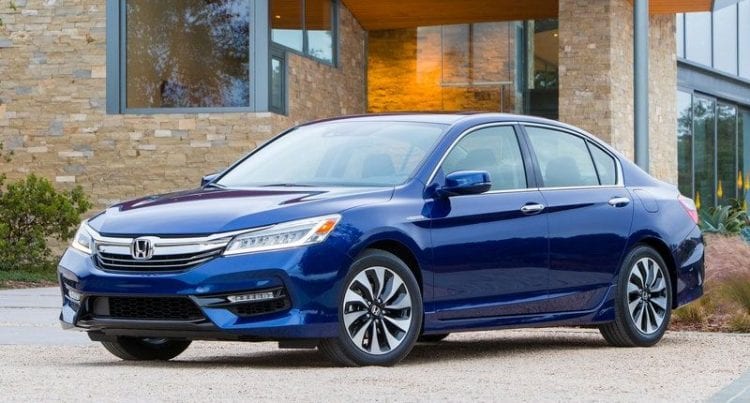 With the new chassis, new engines should also be installed under the hood of the upcoming 2018 Honda Accord. More options can be offered, and we think that some of the units we saw in Civic will come here also. The older 2.4-liter base engine is expected to be replaced by a 1.5-liter turbocharged inline-four petrol unit. This one could easily make more than 180 horsepower and 180 lb-ft of torque, which is on par with the version it is replacing while using less fuel than before. Also, it will offer a lot more torque from as low as 1,500 rpm, enough to make it feel faster. The older V6 engine, on the other hand, is expected to get replaced as well even though many said that it wouldn’t. 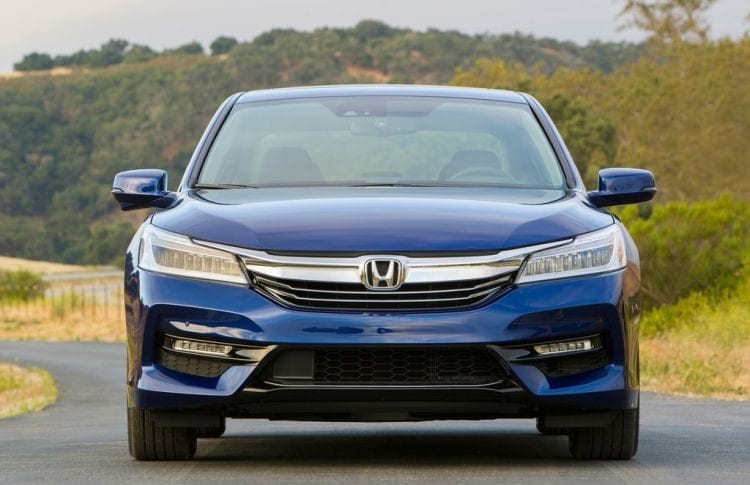 There are rumors out there which suggest a 2.0-liter turbocharged inline four engine is being prepared. This would be perfectly in line with cars like the new Malibu, and it would make a lot of sense since Honda needs to follow trends and be competitive. This new engine would easily provide just as much power as the old V6, but more torque and slightly reduced fuel consumption. Also, with the new unit, a new nine-speed automatic might also be installed as an option. Some of the reports suggest that the V6 unit will also be one of the options, and it is quite possible for a Japanese company to keep both of these. A hybrid is likely not going to be offered. Why? Well, Honda might release a new standalone model for this particular version of the car.

Conservative is likely the best word that describes the way the current Accord looks. The upcoming 2018 Honda Accord is expected to share a lot more in common with the new Civic. This means that it will get a fresh design with more angular lines and a more aggressive general appearance.

All of these upgrades should make it a great looking car which will be a plus when comparing it to some of its European rivals. The same approach is also expected to be used inside the cabin. Here, the new 2018 Accord will feature more space, a less cluttered dashboard and it should also get more equipment across the range. We are still far from delivering all details but as soon as more info surfaces this thread will be updated.

Here are some fresh spy photos of Honda Accord 2018. 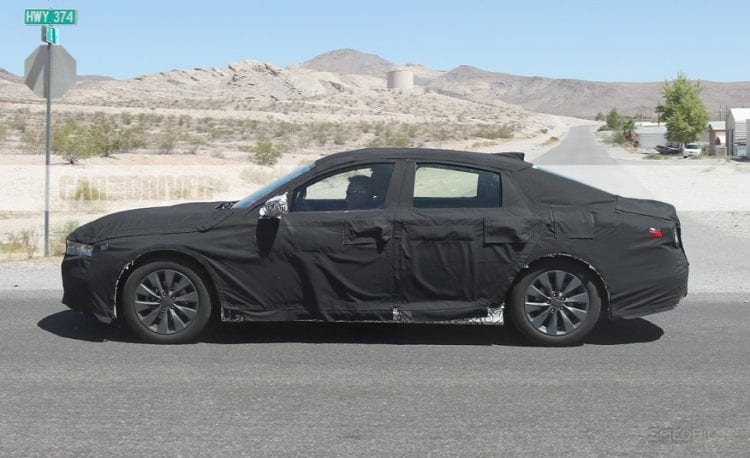 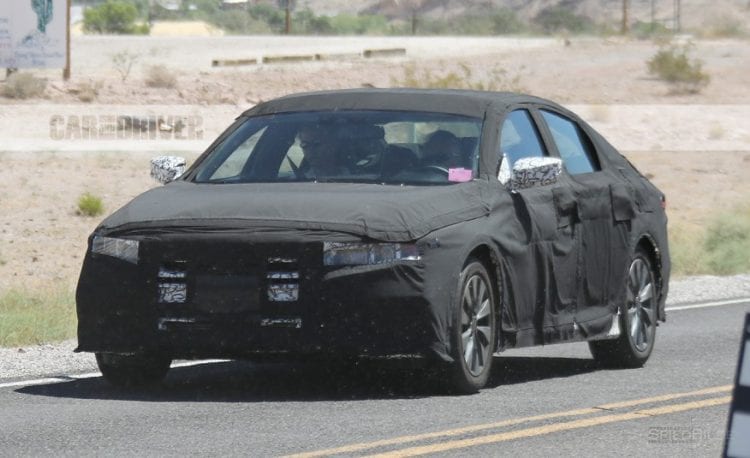 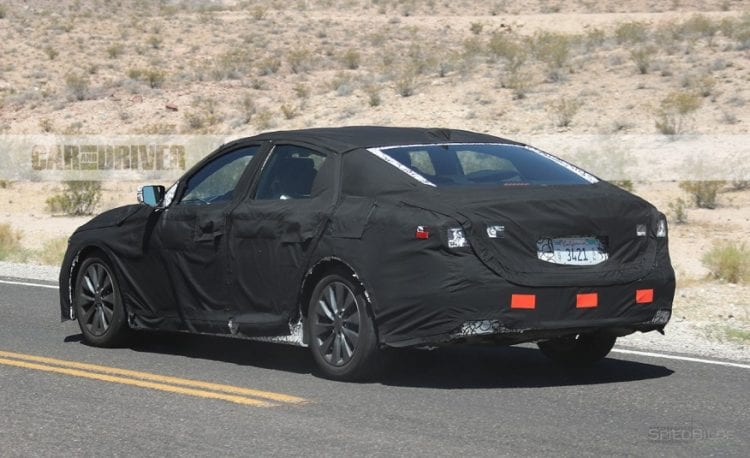