Recipe for streamline car maker to enter luxury water was pretty clear. Usual badge won’t do the work, so new subdivision has to be created with its unique image, and that was something done by Japanese prior to 90’s. Koreans have been little confused in that area. Initially, the formation of new luxury Genesis brand was planned in 2004, but then in 2008 Koreans launched Hyundai Genesis just as a model in sedan and coupe shape.

Sedan carried Genesis badge, although it had prefix Hyundai? While coupe was also having Genesis part of the name, carried Hyundai logo? Flagship model Equus was also Hyundai, but badge was again Genesis. Confused? Not as much as Korean executives are.

Take Tuscon as another example. In 2004 it was Tucson, in 2009 it was ix35 in Europe as new nomenclature was installed and then in 2015 Tucson again everywhere? That could be okay if it were happening three decades ago, but Hyundai became crucial global player hanging near the top of the charts globally, so that kind of behavior is kind of immature these days. 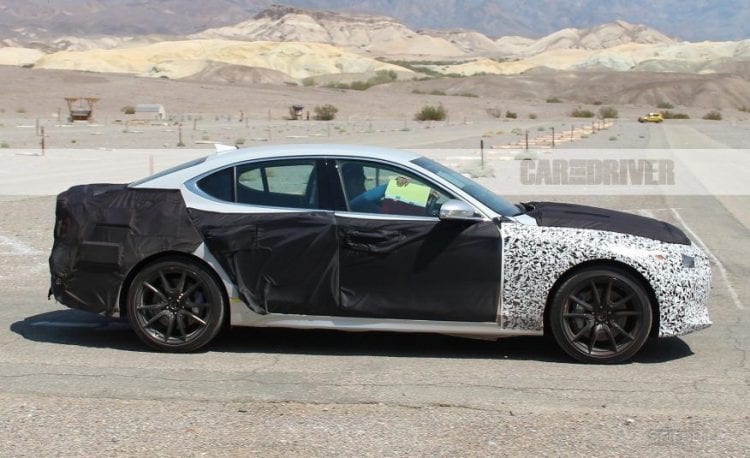 Finally in 2015 Hyundai pull itself together and formed separate Genesis brand. Selling Genesis sedan under Hyundai banner was a catastrophic and irresponsible move in a marketing sense, hurting its supposed luxury image, but it was time to move on. Genesis sedan couldn’t carry the name of the brand anymore, so it was renamed G80, leaving space for other models under the same banner.

Equus in 2016 became Genesis G90, while coupe was discontinued the same year. Finally, the things were clear, executive sedan- G80, full-size luxury sedan- G90, and that would be Genesis’s lineup. Now prepare for expansion as 2018 Genesis G70 is underway.

It is the future Korean offer for entry-level luxury sedan segment or compact luxury sedan world. Naturally would be to say that it has BMW 3 Series on sight, but reality would be more Acura TLX or Buick Regal, though they all share the same segment. Kia already revealed its take on BMW as Stinger, while Hyundai is doing that in more luxuries manner, utilizing Genesis badge.

Hyundai revealed a concept that was supposed glimpse at the future G70 last year. But if we look at the spy photos it is evident that not much of concept’s incredibly sleek and elegant body is retained. Car on the photos is heedlessly shaped in traditional sedan way, and it will probably share many cues with bigger brand’s siblings. Also, the vehicle is heavily masked, and only things that we could see are LED treated tail lights and same treatment for daytime lights, but nobody expected anything less.

Grille is not visible but expect it to be shaped same as on G80 or G90. Naturally, there is nothing on the cabin at this moment so that we won’t go there yet. 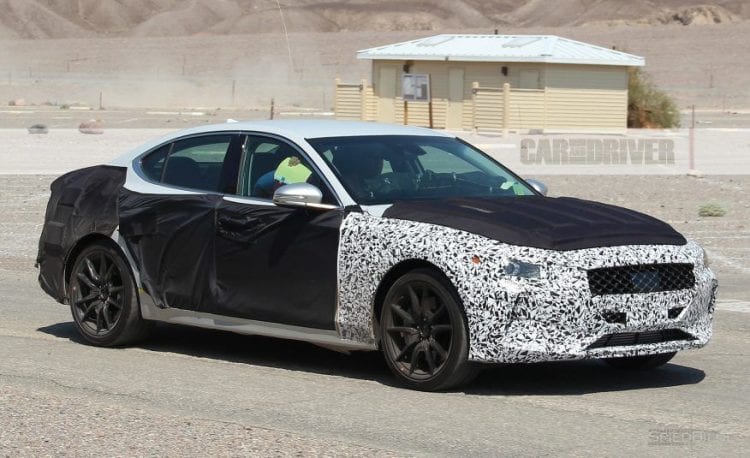 For top offer, Hyundai could use new 3.3-liter V6 currently in G90, and there it delivers 365 hp and 376 lb-ft of torque, which could make wonders in significantly lighter and smaller G70 body. The base engine would probably be 2.0-liter turbocharged L4 generating 245 hp and 260 lb-ft in current Sonata.

Sonata could also borrow its hybrid powertrain consisting of 2.0-liter turbocharged L4 joined by an electric motor for the total power output of 202 hp.

More info will come when 2018 Genesis G70 experience official debut and there is a possibility of that happening during this year. Price is obviously unknown at this moment, but it should stay below $35k, undercutting usual German offer, which is something that Acura and Buick also chose to do, though Volvo, Infinity and especially Lexus hasn’t followed that idea, so it remains to be seen.