01/19/2017 UPDATE: You don’t see a new Mustang every day. You won’t see one today. 2018 Ford Mustang is not an entirely new model but only a revised and improved version of current gen ‘Stang. You could say it came with a small facelift, visible design changes, new transmission and new digital infotainment system. Few things are missing as well, a V-6 for example.

Changes started with the front end. New grill and a lower hood (for about 20mm) together with new LED headlights make new Mustang meaner. Similar shifts happened on the rear end. New bumper, new taillights and different deck lid on the GT version of 2018 Ford Mustang.

Under the skin, there is also significant changes. The new digital 12inch display makes the interior more appealing, but changes are not only visible by simply looking at it. New tech is incorporated, and now Mustang boasts updated shock absorbers, new active exhaust system, Sync3 with Sync Connect, forward collision warning, autonomous emergency braking, lane-departure warning and a lane-keep assist among other things.

In the engine department, V-6 is missing, but two remaining options are quite satisfying. The base unit is 2.3-liter I4 EcoBoost while 5.0-liter V8 serves as range topping engine. Power outputs will be on a higher level than before, but Ford didn’t release numbers yet. Novelty also includes Ford’s new ten-speed automatic transmission which will join six-speed manual that is already available on both models.

Even though the Camaro has been launched after the new Mustang, it was the first to receive a high powered version. Even though Ford has the GT350 on the market, it is not exactly able to match the ZL1. In order to compete with it, in the next few months, they should release the 2018 Ford Mustang Shelby GT500. This car has been rumored ever since the new Mustang has been introduced and so far not much has been known about it. At this point, it seems that the car is well under development and recently there have been many test mules spotted around the Detroit area. 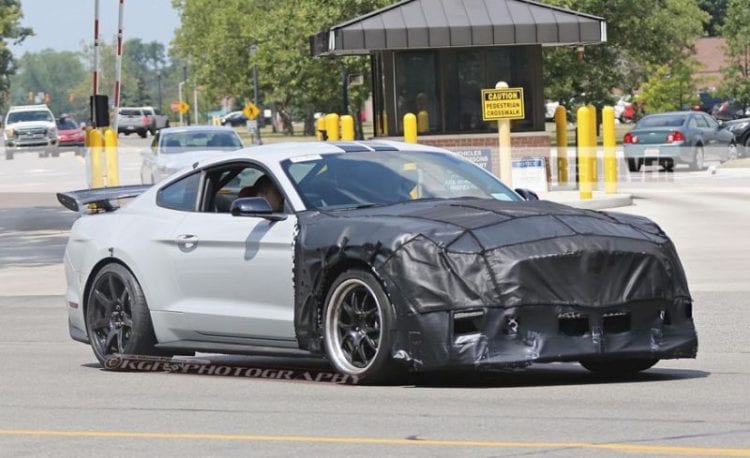 Ford’s GT500 is going to be their top end Mustang, at least for now. Unlike the highly capable GT350, the GT500 version is going to have a lot more power. In fact, contrary to the previous models, the new GT500 should be pretty capable around corners as well. How? Well, it seems that Ford is using the same platform as the GT350 with all the added benefits of having more power. Like we said, the release date should be set by the end of the year or early 2017. The price of the car is still unknown, but many suggested a starting price north of $65,000. 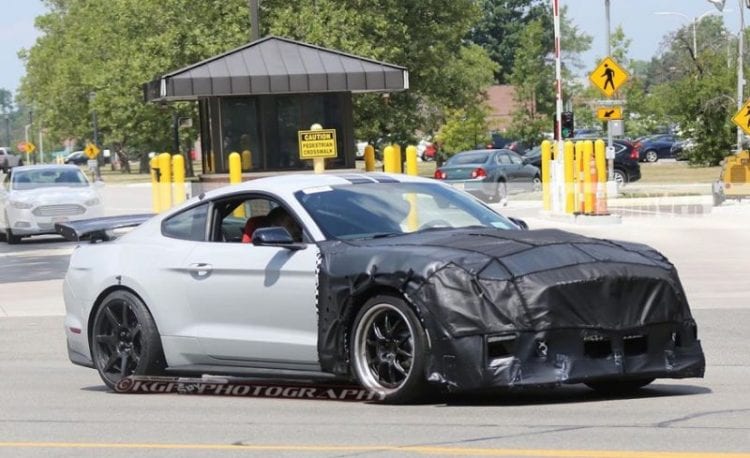 So far there hasn’t been much information on how the interior of the 2018 Ford Mustang Shelby GT500 is going to look. However, the latest rumors indicate at something very close to the base GT350. That’s right! The car won’t get the track focused interior of the R version, and that’s fine. After all, the GT500 will be a great high-speed highway cruiser, so it will have to be comfortable. 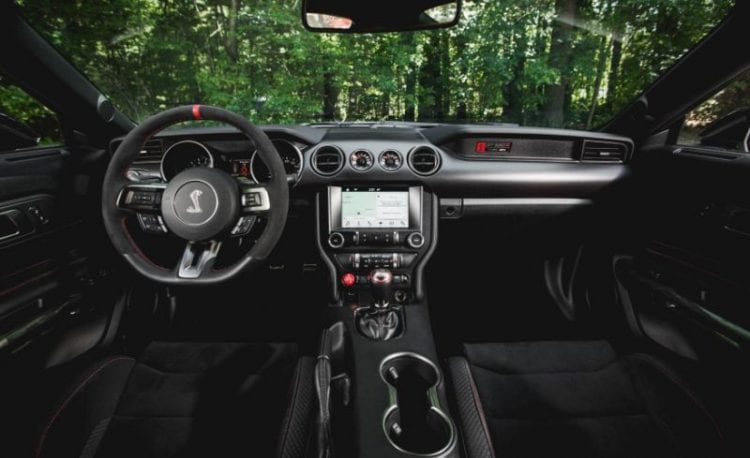 The same thing can be said about its exterior as well. All the development mules had their front end covered. However, the back seems to be pretty much identical to the GT350R. The 500 appears to be a tad wider than its sibling, and it will also likely get a different exhaust system. A larger fixed wing might also be added for extra stability. Its front end on the other hand definitely seems to have larger air intakes, a bulge in the hood and wider wheel arches. Like the GT350, the GT500 will get the lower-mounted headlights which should improve its aerodynamics quite a bit. 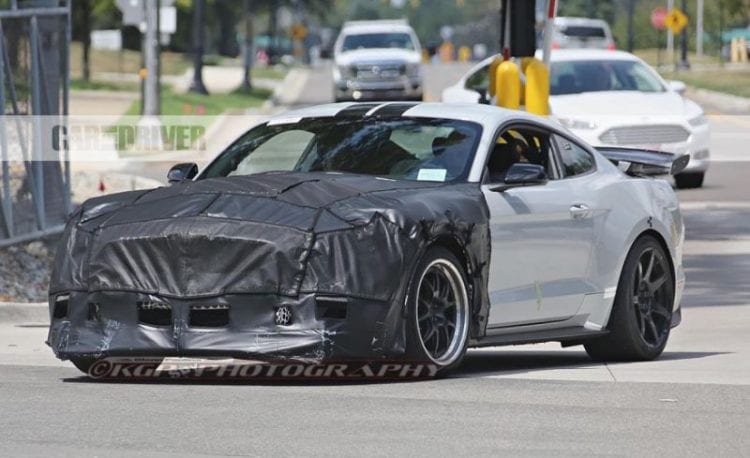 So far it seems that the upcoming 2018 Ford Mustang Shelby GT500 is going to receive a twin-turbocharged EcoBoost engine. Ford hasn’t said which engine this will be. However, a Ford representative did say a while ago that the car will make more power than the Hellcat. On top of that, Ford was testing a 5.0-liter EcoBoost engine a while ago.

Many people suggested that the upcoming muscle car would receive a more than 740 horsepower 5.0-liter twin-turbocharged V8. This would make it one of the most powerful production cars in the World. It still is unclear if Ford will go with the flat-plane crank V8 or they will resort to the older generation Coyote engine as the base. A manual gearbox has been rumored, but it is highly unlikely due to the large output. Instead, we are quite sure that US company is going to use a similar gearbox to the one that can be found on the ZL1, a ten-speed automatic. This should handle all that power without any issues.

Also, in order to cope with all that horsepower, its running gear will definitely be updated. It seems that a wider track will be used, both in the front and at the back. On top of it, carbon ceramic brakes might be added as standard while the carbon fiber wheels from the GT350R might also be used on the production version. 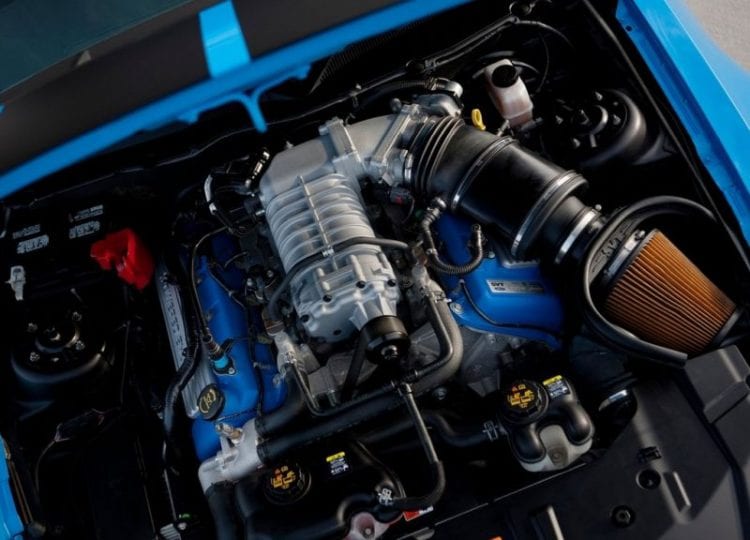