Just a couple of months ago we witnessed the revelation of the seventh generation of Fiesta model, and already Ford revealed new 2018 Ford Fiesta ST version. It will officially debut at Geneva Motor Show, while it won’t actually hit the streets this year, more like at the beginning of the next one. All hot hatches iterations of the company have quite a reputation to defend, Focus ST and RS are doing it more than well, so let’s see what new spicy Fiesta has to offer.

The American automaker takes great pride in its newest model which it introduced at the Geneva Motor Show. According to many sources, the new vehicle will be one of the best selling cars in Europe and around the globe. Ford fans and enthusiasts love it, and it is definitely worth taking a look at it. 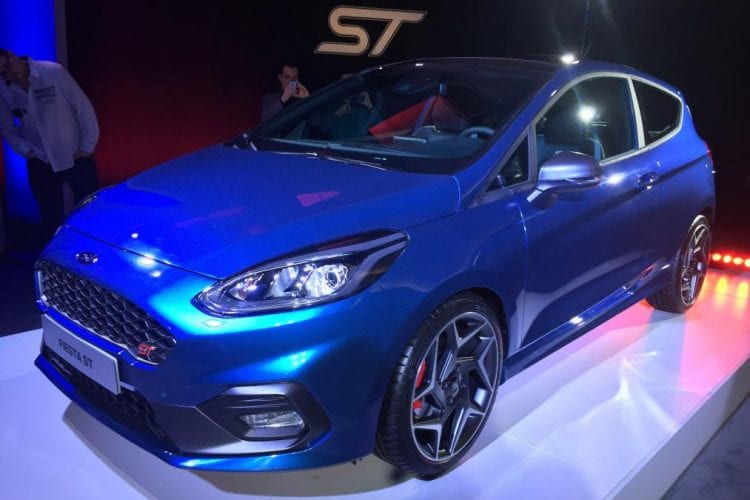 Ford borrowed many features from the current Fiesta ST and used it on the new model. However, we can see a clear difference between the two in things such as smaller size of the next-generation Fiesta and an all-new 1.5-litre three-cylinder petrol engine. The engine makes the model capable of reaching 100 km/h from standstill in 6.7 seconds and has 200 PS and 290 Nm of torque. 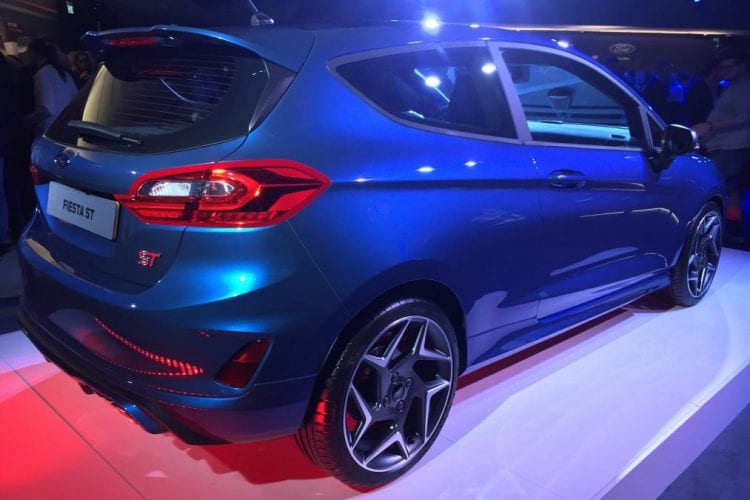 Inside the cabin, the Fiesta is now offered with new gadgets and styling packs which include a SYNC 3 connection and 8-inch touchscreen display. Ford decided to use a B&O Play high-end audio system to provide passengers with great audio quality. If you have already decided that you want to own Ford Fiesta ST, you will have to wait until the beginning of 2018 when both three- and five-door models come out along with many options that will make you think of the Fiesta as your custom car.

We have already seen how new Fiesta looks in ST trim and real ST model moderately elaborates on that idea. The overall shape of the grille and front bumper is the same, but the grille has been meshed in more aggressive manner, and accents that are surrounding fog lights are blacked out. 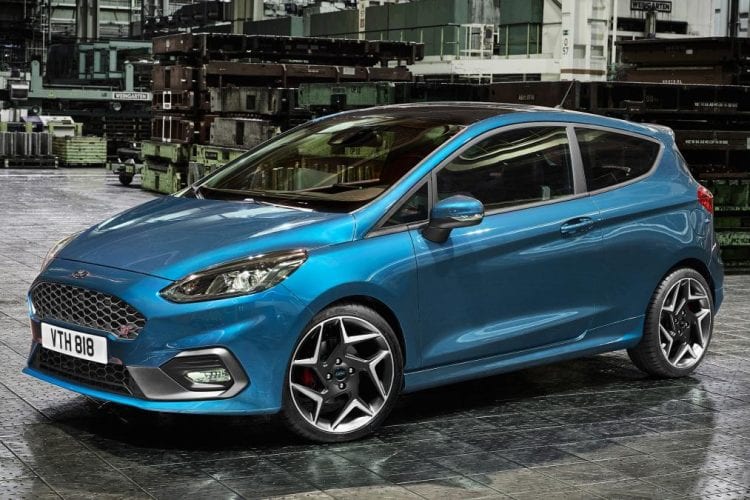 At the rear, we have a sportier diffuser and double exhaust while the special 18-inch alloys and unique Liquid Blue color has been added to the mixture and that would conclude the deal. It isn’t much, as it is evidently more restrained than Focus ST, but it would be enough to set it apart from regular versions. 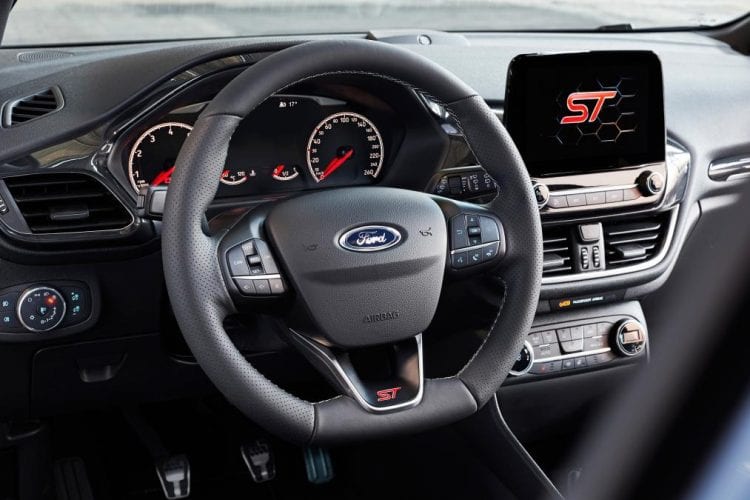 As new Fiesta, ST model also comes with new Sync 3 infotainment system and optional 8-inch screen. Also, the overall look of the new interior is quite improved in refinement compared to the previous generation, especially in the quality of used materials.

In this case that would be the thing under the hood. Old 1.6-liter turbocharged I4 is gone, making room for new aluminum 1.5-liter turbocharged I3. New unit boost 197 hp and 214 lb-ft of twist which is 17 hp and 37 lb-ft more than before, while these figures are the same as with special Fiesta ST200 model introduced last year to celebrate 40 years of this vehicle production. New ST model reaches 60 mph in 6.7 seconds, same as ST200, and two-tenths quicker than the outgoing model, while top speed is around 140 mph. 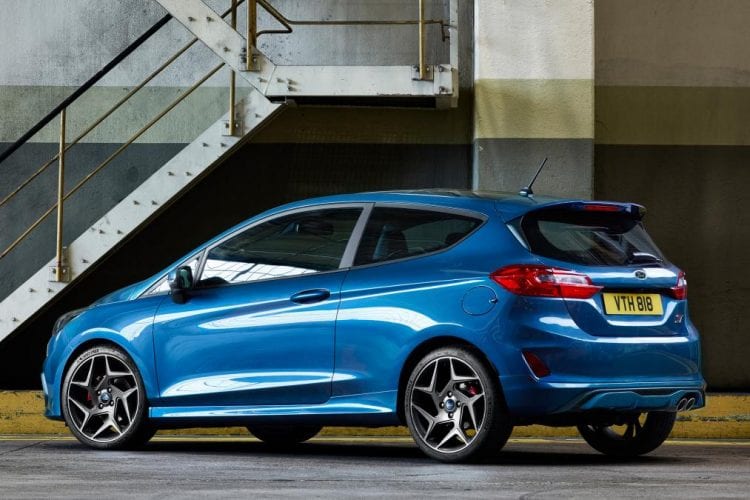 Despite the fact that figures are in line with the special ST200 model, the new unit is lighter, more responsive, less polluting and more fuel efficient, especially due to cylinder deactivation system. ST story doesn’t end just with the engine, so the chassis has been tweaked by Ford Performance, we have a wider track and torque vectoring system that reacts to mitigate understeer. Three modes of driving exist- Normal, Sport and Track, and they all fiddle with traction control, throttle response, power steering and exhaust valve settings, emphasizing sportiness or smoothness at you will.

Definitely. Any Ford model carrying ST badge or especially RS one is more than worthy of consideration. Dynamic capabilities and special driving joy were always at the top of the class, and we don’t see that changing with the introduction of new 2018 Ford Fiesta ST, in fact, it could only get better. Price should increase slightly to £19,000 in the UK, and tiny above current $22,000 in the US, which is nothing scary so go for it if you are after hot supermini.