It seems that just recently we saw Atlas concept and new F-150 that was based on it, but this happened all the way back in 2015. It is time for the mid-cycle refresh and apparently this will happen with 2018 version.

How would you treat a car model that is dancing around one million mark yearly sales for many years? With utmost respect, presumably. Ford thinks the same way and everything around the most popular truck in the world is well planned. F-Series is just a sales phenomenon, and nothing points at this moment that things could go in different direction. Anyway, this car maker is not going to leave anything to chance and updated 2018 Ford F-150 has just been revealed at Detroit Auto Show set to go on sale in autumn.

Current model went on sale in 2014, so naturally, 2017 is the year when a mid-life refresh should occur. And since Ford is doing its homework it will. There are neat changes visible at first sight, such as new grille with two bars stretching across the fascia. The idea is taken from heavy duty version, but it is executed in more attractive manner. 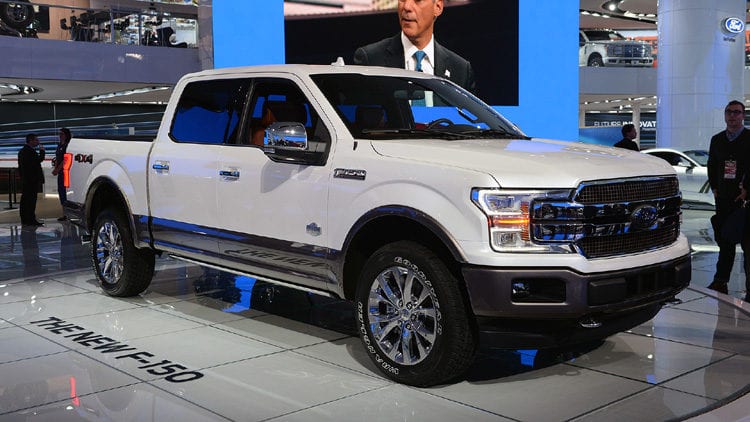 Also, the grille is extended toward ground invading front bumper, but still elegantly separated from it with a piece of narrow metal painted in body color. Mentioned change creates an illusion of larger front segment making it, even more, imposing on the road. There will also be other variations with the grille design, one playing on the sport card with just black mesh, other on luxury one with excess chrome use.

The revision also brought new lights, that are now stretched toward grille hugging mentioned bars, except in the version where there are no any.Higher trims are carrying LED strips within headlight units, really adding the luxury feel to this truck. Rear lights are also changed appearing as two piece unit while the tailgate design is also revised. There are also six new designs of alloy wheels ranging from 17 to 22 inches in size.

Same as it was nothing wrong with the pre-facelift model in terms of looks, also there was nothing wrong with its situation under the hood. Still, Ford has been really keen to give all its best, so a lot of changes are happening here too. The only thing left untouched is 3.5-liter EcoBoost, but only because it was just updated for 2017 with more power and new 10-speed automatic. 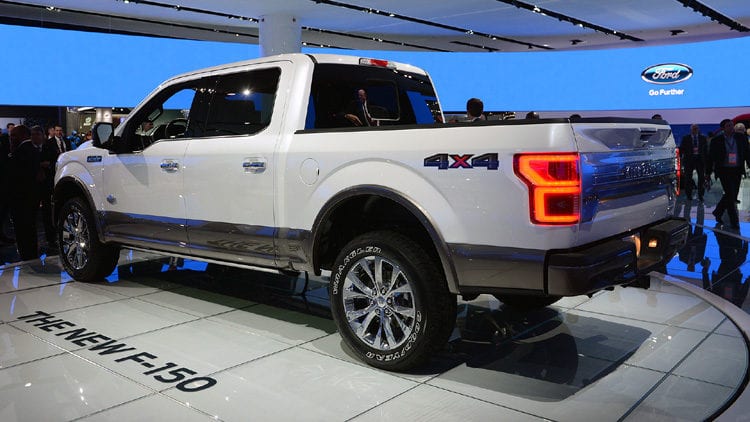 The base 3.5-liter naturally aspired V6 engine is replaced with the same type, but smaller 3.3-liter one offering similar power ratings of 282 hp and 253 lb-ft of torque and is mated to same six-speed automatic as outgoing one. 2.7-liter EcoBoost V6 will get more power and higher efficiency due to pairing with 10-speed automatic and same goes for 5.0-liter V8 which is even going to shed some weight.

UNDER THE HOOD NOVELTY

The new thing on the block would be an introduction of a diesel engine, precisely 3.0-liter one currently used by Range Rovers, in which it delivers 254 hp and 440 lb-ft. This type of engine suits its nature and working aspirations, and furthermore, Ford promises best tow abilities as well as best fuel efficiency in the lineup which was easy to guess. It will be in the direct competition with Ram 1500 diesel engine unit rated at 240 hp and 420 lb-ft and only negative thing about it is the fact that it is not going to available until summer of 2018.

Already featured adaptive cruise control is now smarter and capable of not just braking but also accelerating when the fuss is over. 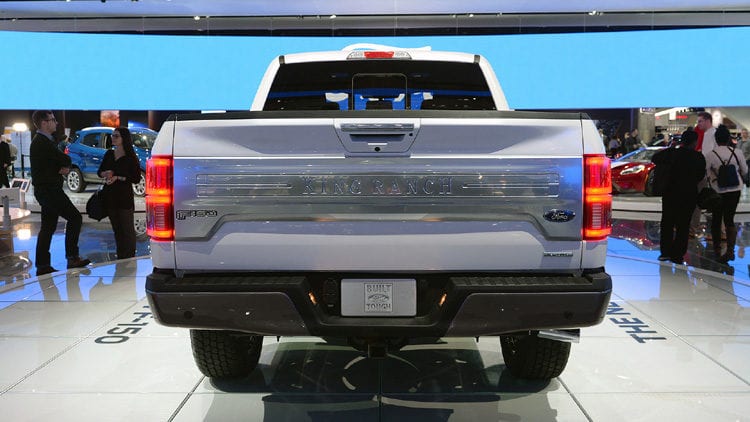 Pre-collision system can detect pedestrians, and you can enjoy new 4G cellular radio with wifi hotspot feature. For the pinnacle of music pleasure, you can opt for Bang & Olufsen sound system, the same one as in latest Mercedes models.

Even without this revision, we wouldn’t see any obstacles for the continuation of Ford’s truck reign over sales charts. That means that 2018 Ford F-150 just made things even more superior, and perfection signifies doing things that are not desperately needed. For everything in total, king of the truck world is more than kept up to date, and it can calmly rest on defended throne until next generation comes.

To back this up, we are delivering spy photos of the test vehicle that was spotted in Dearborn, Michigan. This is quite logical since we know that test track, product development center and company’s headquarters are near. During the last few years, we could see few changes to the F-150 truck and those include the addition of 3.5-liter V6 EcoBoost turbocharged engine, new 10-speed automatic transmission and Raptor model that has been announced for 2017. 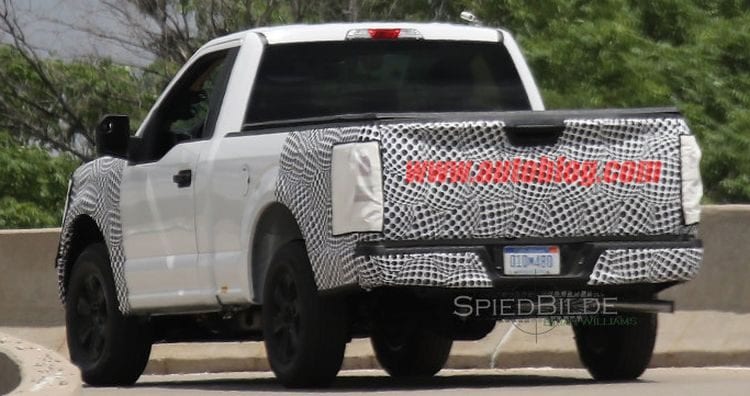 Most camouflaged parts are at the front and rear so we are pretty sure that most action on 2018 Ford F-150 will be regarding those two segments. Expect to see new and refreshed bumpers, tailgate, grille, and even changes to already great looking headlights.

At this moment we have no details on changes that could be offered to the interior and engine lineup, but we do hope to see some upgrades there also. Typically, mid-life upgrades bring changes to the interior by at least adding more features and technology to a base package. Furthermore, diesel engine rumors got us very interested, and we think that it would be a great move for Ford to offer V6 turbocharged diesel in the lineup.

It is still far from release, but we do know that it will be advertised as 2018 model. This means that we might see it during 2017, but more details should come in the next few months as the tests continue and we get additional info and pics.