We should grasp the fact that Ford has more than one volume seller, besides obvious F-Series, while one of those would definitely be Explorer. Sure, numbers are not as nearly as famous truck’s ones, but in the last two years on the US market, they are sticking near 250k mark. If we put aside Toyota Highlander which is closing to 200k mark, nearly all other rivals struggle to manage half of that in mid-size SUV segment.

The fifth generation was introduced in 2010 with facelift happening in 2014, so clearly it is time for new one and we just explained how important this model is actually to Ford. Let’s see now what do we know about 2018 Ford Explorer. 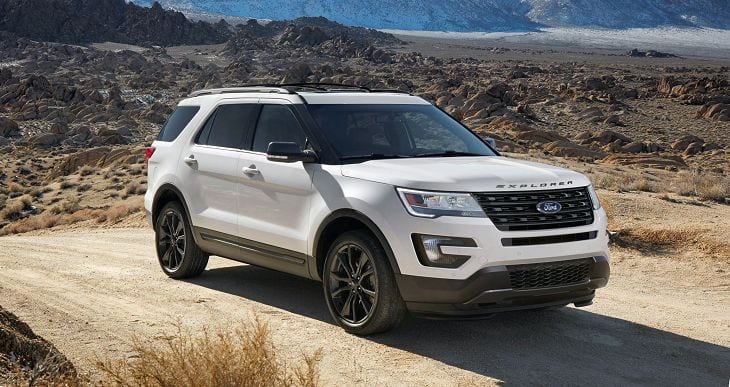 There is a high possibility for the sixth generation of Explorer to debut during this year, probably at LA Auto Show, in that case as 2018 model year, but if it happens to miss it out, count on Detroit Auto Show at the beginning of next year.

We shouldn’t expect bold moves by Ford in this case. Most progress will be made in the engineering department, leaving the visual side of Explorer just brought up to date. Redesign of a current generation brought serious, imposing and muscular look, and we have nothing against next chapter of the same story. Anyway, spy photos openly reveal that overall body shape remains unchanged.

3. TURBOS ON THE STAGE, PLEASE

We don’t have any confirmation about future engine lineup, but we can all learn from Mustang’s case. The base offer will surely be 2.3-liter L4 Ecoboost, and the top offer will certainly be 3.5-liter V6 Ecoboost, with possible 2.7-liter V6 again Ecoboost in the middle, though we are not sure about that one.

If you haven’t figured out yet, Ecoboost stands for turbocharging so, naturally aspired V6 will drop out from the lineup, same as it did under the Mustang bonnet, despite it was only offered when current Explorer debuted. Small 2.0-liter Ecoboost already dropped out in 2015, while for remaining future lineup do expect more power and more fuel efficiency.

Upcoming Explorer should use the new D6 platform, the current one is D4, and it is also used by brotherly Ford Flex and awkward Lincoln MKT. If the use of aluminum pushed F Series further to the stars, why should Explorer miss that? So, use of aluminum in chassis brings less weight, which brings better everything. Also, new platform can support all modes of drives, including RWD which would be a nice turn in Explorer case, but sadly expect it to carry on as FWD with optional AWD.

We all know that Explorer was easily crossing 400k mark in US annual sales at the beginning of the millennium, but times have changed. 250k mark might seem quite smaller, but we already mentioned how it is stacked against competition, so it actually does rock the charts. And 2018 Ford Explorer will continue to do so. Updated looks, efficient Ecoboost technology, more aluminum, more nimbleness, less fuel, and a price tag of $32,650, which is hardly going to change, all speak to its favor.