If you are looking for drastic changes on Ford Escape for 2018, we have to disappoint you at the very beginning. There won’t be any, well almost any. Why? Escape received a major update for 2017 MY, and it’s too early for a complete overhaul. This was the first upgrade on Escape since 2013, and when it happens next time, it will reshape this model from bottoms up. With 2017 MY this vehicle gained new, freshened look, a lot of new features, and most importantly its engine lineup was improved. The competitive as it is SUV/Crossover segment quickly forgets old success, but Ford just doesn’t have anything new to offer with 2018 Ford Escape.

As far as the exterior goes Detroit-based company certainly won’t change anything. The model was updated just a few months ago. The fact is that the car matured nicely and the improvement came just in time. Now, Ford doesn’t have resources, but it also doesn’t have the need to change anything because 2017 version was well accepted. Among reasons why Blue Oval won’t update this vehicle again is that it is getting close to the end of its cycle and it will be redesigned, possibly for 2019 MY. Only novelty for 2018 Ford Escape could be new colors, and that should be it. 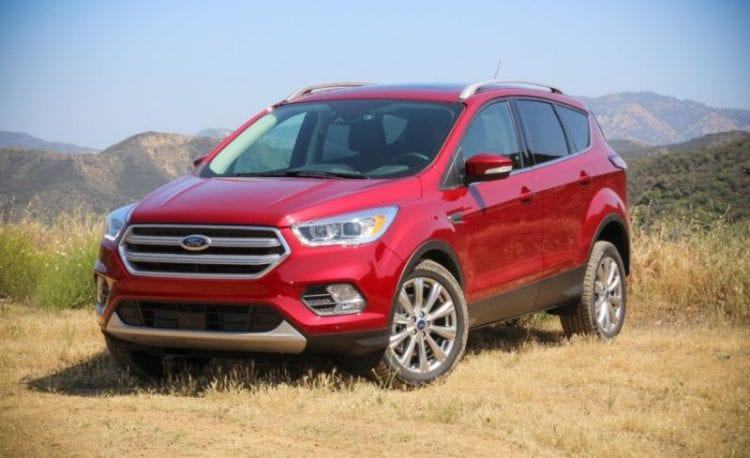 On the inside, you also shouldn’t expect anything new. Dearborn company always have up-to-date tech integrated into all of their models. This one comes with Sync 3, FordPass with Sync Connect app, 8-inch touchscreen, start-stop engine, adaptive cruise control with a forward-collision warning and brake pre-conditioning, lane-assist alert and active lane aid, and enhanced parking assist. All of this will come with 2018 Ford Escape. 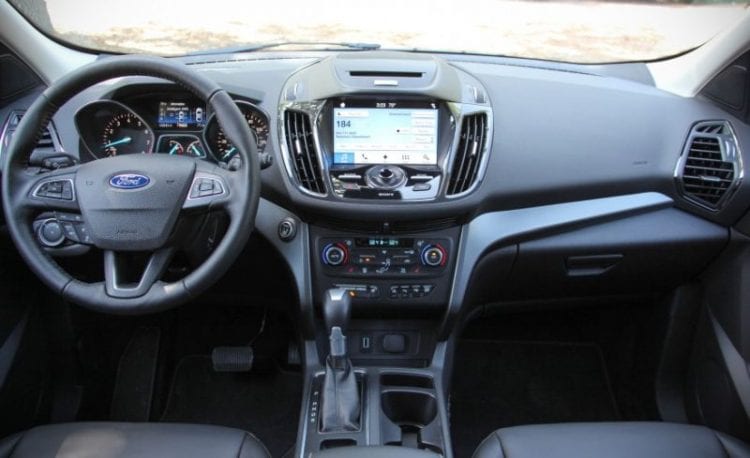 We don’t like to repeat ourselves, but the engine bay area is another one which will be carried over unchanged. The current edition of Escape runs on the power provided by three engine options. The first choice is 1.5-liter EcoBoost able to produce 180 hp and 185 lb-ft of torque. The second in the lineup is revised 2.0-liter EcoBoost which was improved by adding new pistons and upgraded exhaust manifold and can deliver 245 hp and 27 5lb-ft of torque. If you like naturally aspirated units, you can choose the 2.5-liter four cylinder that represents the base offer and comes in entry-level S trim. Regardless of the powertrain of your choice, you will have to settle with six-speed automatic transmission.

Price will most likely go a little up, following the shift of the market but Ford won’t risk with pushing the price for an unchanged model too far. Current Escape starts at $24,000 and goes all up to over $37,000 for AWD Titanium trim. Not that it will go over the $40,000 mark but up to $1,000 more on every trim excluding base S is a possibility and you should expect it.

As for the date of release you should expect a quiet one in the summer months of this year. The only way that the company is going to introduce 2018 version in a special manner is if they create a limited edition, which is less likely going to happen.