The LA Auto Show was the place where Ford revealed their new 2018 Ford EcoSport model for the U.S. market. This vehicle is not that new actually, although Ford claims differently. It is a modified version of EcoSport which needs to suit the North American market and according to the company, “is a perfect companion for those who believe in going small and living big”. 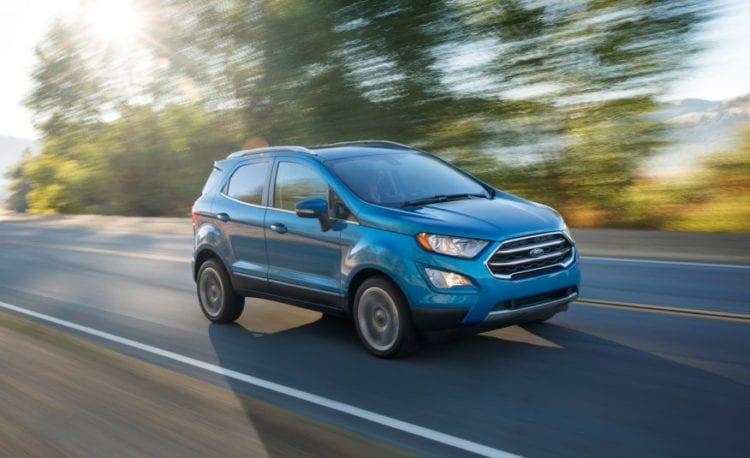 Buyers have a choice between a 1.0-liter three cylinder turbocharged engine or a 2.0-liter four cylinder unit. The second option will come with a four-wheel drive system as standard, and both will use a six-speed automatic transmission. Other technical specifications of these weren’t released.

Inside the cabin, EcoSport will feature a full range of Fords latest technologies. The new B&O Play audio system that includes ten speakers and 675 watts of power will be made standard on EcoSport Titanium. Acoustic engineers from Harman helped build this new sound system which will contribute to the amazing driving experience. 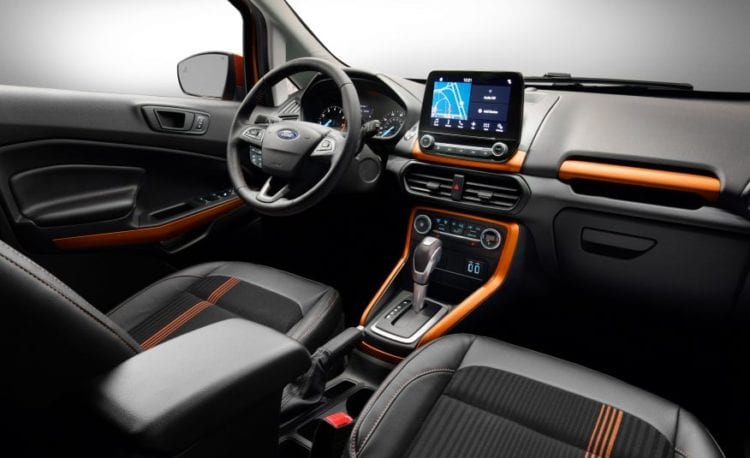 In other versions, the new vehicle has SiriusXM satellite radio, a dual FM radio antenna and HD Radio technology which is installed into SYNC 3 communications and entertainment system. Both Apple CarPlay and Android Auto are offered with the 8-inch infotainment system. The car also has two fast-charging USB ports, two 12-volt power outlets, and an 110-volt outlet.

The 2018 Ford EcoSport will come in four trim levels, the S, SE, SES and Titanium being the range topper. The SES version features four-wheel drive, sport-tuned suspension, and steering, copper accents throughout the interior and on the sports seats. 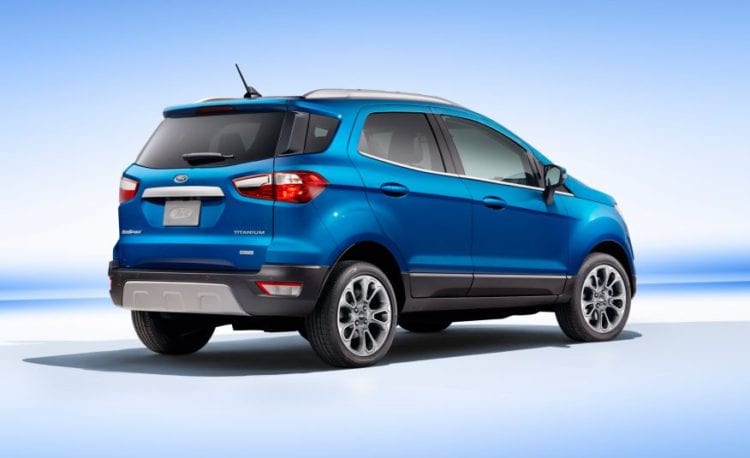 Ten exterior color options and seven ambient lighting options are available. The price of the car is still unknown, but at least we know that it will hit the market in early 2018 after which we will thoroughly test it and see it in all its glory.