2018 Ford Bronco – May Come Sooner Than You Thought! It has been 20 years since last Bronco rolled out of assembly line and left many fans in mourning state. We all know why Ford abandoned Bronco, sales were sloping before that and three doors SUV were becoming endangered species. When Bronco left, Expedition followed, and that was that. Until now. As rumors about the plant in Michigan suggest 2018 Ford Bronco maybe on its way.

Actually, there are two of them. In 2004 Ford revealed Bronco at North American International Auto Show and fans went delirious, while everybody else was reminded of its glory days. Ford should be considered evil by its fans as they waited for 2016 for the second revelation. 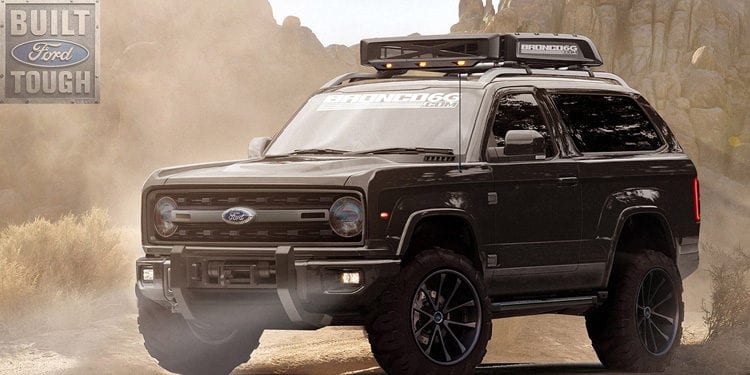 And the second was forced as a response to Donald Trump‘s attack on Ford’s intentions to relocate some of its model production to Mexico. As Focus and C-Max were preparing for their trip south, dust just refused to settle, so chair of the United Auto Workers Bill Johnson reacted and announced that new Bronco, alongside with Ranger, will replace mentioned models and that factory capacity is going to stay the same.

Three doors for a start. Bronco was capable on the road as it was off the road, it was a complete package. It became one of the first lifestyle SUVs, gladly chosen by surfers and by families too. New Bronco should then be stylish, but with serious off-road capabilities.It isn’t going to be SUV just by name as it is supposed to match Jeep Wrangler and Land Rover Defender. If we want to be honest, even from here it appears that Bronco has a clear path, as Defender is no equal match in sales for Wrangler and by looking at Jeep’s sales there is definitely potential for another best seller and just iconic name could trigger enough boost.

Nobody knows how it will look like. The concept was revealed too many years ago, and it is questionable whether same lines could work 14 years after. So lovers let their imagination blossom at website Bronco6G.com and offered few of theirs ideas. Web site ca.motor1.com took it further and showed possible Bronco looks based on F-Series. 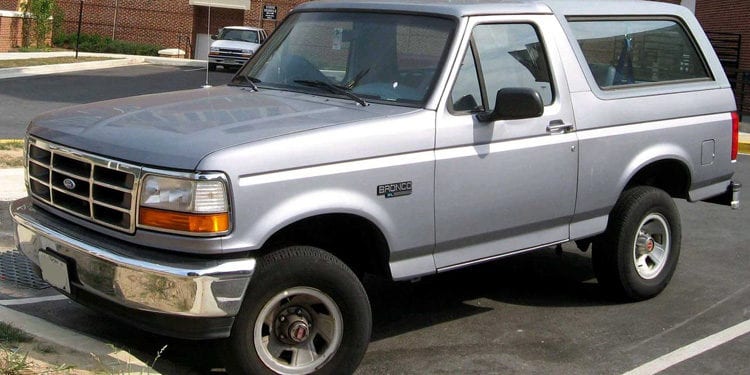 The original model was created on shortened chassis of a popular pickup truck, and so is their render, actually, it is even better as it is precisely based on F-150 Raptor. If we look possible facts more realistically there is bigger chance that Bronco is going to be new Ranger in short mode, as F-Series is a full-size truck.

Officially total unknown, unofficially expect something close to 2.0-liter inter-cooled turbo diesel with 6-speed manual transmission and off course intelligent four-wheel drive. AWD and body-on-frame construction will have to prove praiseworthy as Wrangler is much more than just decently capable of wandering off the road. Furthermore, we know that Blue Oval company has a decent number of powerplants in the EcoBoost family, so it is quite possible that we see some of these added also.

This is a stupid question for Bronco followers, but not for others. As segment in question is far from cramped, and 2018 Ford Bronco will make things more interesting. Also, an appeal of “I can do everything” with the fragrance of urban and rural trendiness could prove irresistible if you haven’t fallen for Wrangler yet.