Fiat decided to resurrect one of its legendary vehicles and in 2007 model 500 again saw the light of day. It leans heavily by its appearance on iconic predecessor which dated back all the way to 50’s, but the overall idea was different. New 500 was not intended to be something as Tato Nano or similar, as predecessor was tremendously small in dimensions and remarkably cheap. No, the new model had different ideas.

It perhaps borrowed some styling cues from the old days, but it wasn’t cheap, it wasn’t so small, and it was posh, contradicting the main idea from the past. It was here to rival Mini, though quite cheaper, and it became an instant success. Fiat exploited that and in 2012 500L MPV model was introduced and in 2014 500X crossover entered the game. MPV managed to push itself at the top of the minivan sales chart in Europe, while the US was not so kind to it and fresh 2018 Fiat 500L has been just caught wearing camouflage.

You are now thinking that since 500L was introduced five years ago, that camouflaged thing must represent an upcoming new generation, but don’t get your hopes yet. After eight years on the market 500 received nothing more than a mild facelift in 2015, so don’t expect anything bigger for this MPV. Vehicle on the photos is obviously Living model which we see by stretch part behind rear doors, and it is quite well concealed. 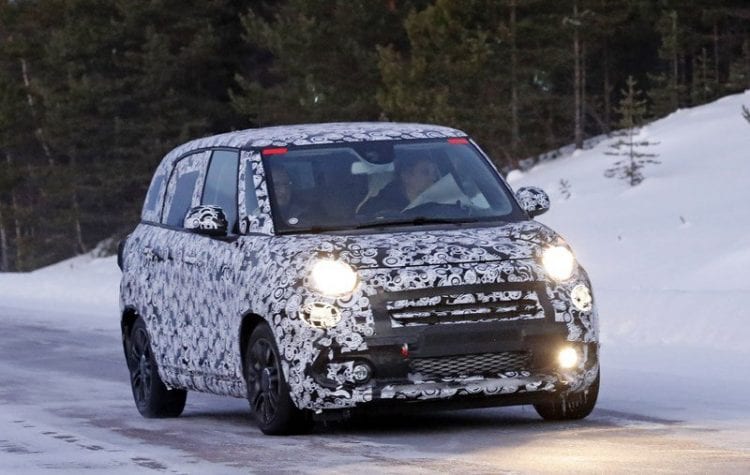 Similar situation as for 500 is expected here and it should bring only minor changes, which might come down to front bumper that is going to be revised, daytime running lights and fog lights might switch to LED tech, which should affect in same manner headlights also. The rear is probably going to see the new layout for tail lights and not much else, as we suspect.

There are no photos of the interior, and possible changes might include redesigned vents, maybe steering wheel, instrument cluster, and probably bigger infotainment screen. Do anticipate some new colors and customization options. The cabin will definitely continue to be quite interesting and playful with different colors all around, but it will surely remain poorly built and assembled as it is in the current case.

In the US nothing will change, and current 1.4-liter I4 turbocharged gasoline engine will continue to deliver 160 hp and 184 lb-ft of torque. As for the gearboxes, don’t expect anything new, which means that quite peculiar situation remains. You see, all trims come with a manual as standard, while top trim gets, from the start, Aisin 6-speed automatic, which is optional on other trims. 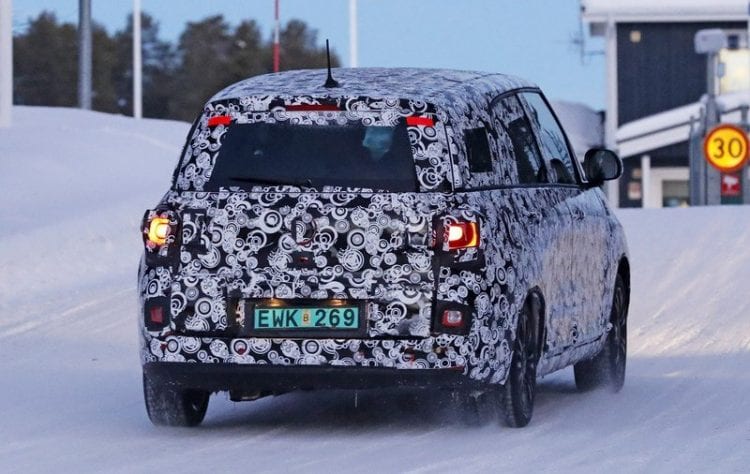 But it gets interesting now as only, and again, only, a base trim might opt for dual-clutch Euro 6-speed automatic, and not even top trim can have it. Fuel efficiency stays unchanged, and it is fairly decent with 25 mpg in the city and 33 mpg on the highway. The thing that also stays is fair cornering behavior but the total lack of communication through steering wheel spoiling all driving enjoyment, which is something usual for many Fiat models.

If you are in the US, you are probably going to laugh at this question as 500L is continuously hitting those worse cars lists from that side of Atlantic and price of $20,000 isn’t helping it either. If you are in Europe you will appreciate its funkiness and trendiness that it brought to dull MPV world and much lesser price than in the US, but it is inevitably getting dated. New posh thing arrived from Renault as upgraded Scenic and refresh that is coming with 2018 Fiat 500L, which will probably debut this year, might not be enough to soldier on old continent properly.