Marchione is praised as the savior of Fiat group and when he laid his 5-year plan in 2014 quite a positive connotations aroused over it. Three years later it is clear that plan is not functioning as it was predicted, but nevertheless, nobody should argue positive trajectory to which current FCA corporation sticks to. That plan also included Ferrari, envisioning eight years of life span for each model and one refresh at the middle of the way.

That should affect Ferrari’s top GT offer, or F12 Berlinetta, which was introduced in 2012, so little bit more than four years has passed, they are still Italians we could expect slight schedule modifications, and camouflaged model was shot during test drives, so we are quite close to welcome revised 2018 Ferrari F12 M. It seems that that “M” addition is there only to allow us to easier recognise this one compared to current model. But is that all?

The car is wrapped around in ugly sweater so nothing special can be seen out of it. At the front, the only thing that is visible is new meshed grille, instead of currently slated one, and that is thanks to the fact that engine needs a lot of air in order to breath, so this part was left unclothed. 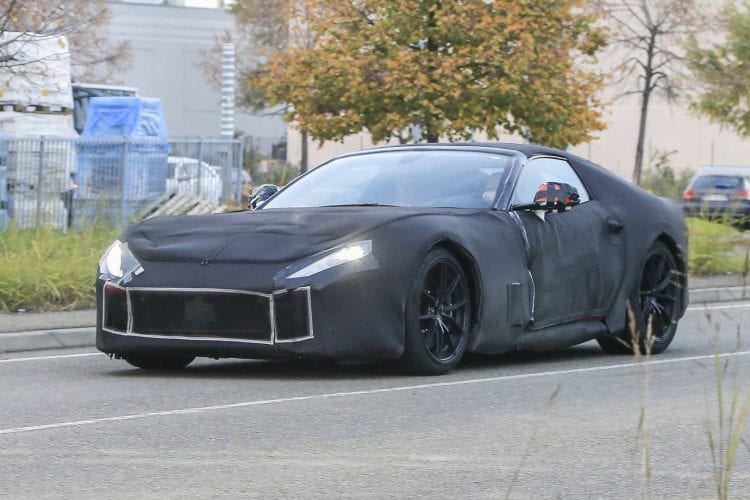 From the rear, we can only see that quad tailpipes are still in the game and nothing besides that. Since this is a mid-life refresh and since F12 looks gorgeous we are probably looking for a mild nip and tuck procedures, while some styling cues could travel from current top TDF version.

We know even less about the cabin. No radical changes are foreseen, but as for us, it can freely borrow some attractive ideas from new GTC4 Lusso, especially tremendously beautiful infotainment system, which stands as a quite more convenient solution than present small screen situated withing instrument cluster in the current model.

The standard version is equipped with 6.3-liter V-12 producing 731 horses, while TDF model goes further with 770 hp from the same engine. Since TDF represents race oriented version, new F12 M will probably settle in between those two figures so expect to see about 750 hp or something similar. Berlinetta hits 60 mph in 3.1 seconds, with a top speed of 211 mph, so new M can go just better than that. 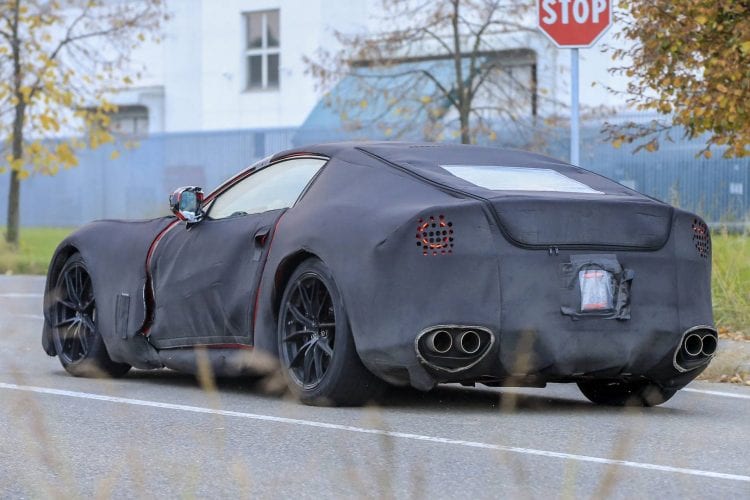 It is not wrong to say that some people were expecting hybrid technology in new F12 since it is a top model after LaFerrari which do carry electric motor beside gas guzzler, but sadly nothing is going to happen in that sense. For the invasion of electric motors to the existing lineup of lower models, we will have to wait until 2019 as Marchionne stated, as for F12 that means its next generation.

2018 Ferrari F12 M will be new F12 with pricier TDF stuff for the same amount of money you need to give for regular F12. If you haven’t understood, “it’s new Ferrari” and that should be enough.