Ferrari’s current “entry-level” model is the 488GTB which is not exactly what you would call an entry level car considering it boasts well over 650 horsepower. Because of that, rumors about a less powerful and less expensive Ferrari supercar appeared ever since 2014 when the Ferrari Sergio Concept was showcased which seemed to look a lot more like an entry level car.

The Italian automaker decided to test one of its new vehicles and some enthusiasts suggest that the new Dino is the mystery model. This prototype has the Ferrari 458 body, but huge revised air intakes that can be found on the side of the car and a different exhaust system indicate that the test mule does not feature a V8 engine that the 458 sports. 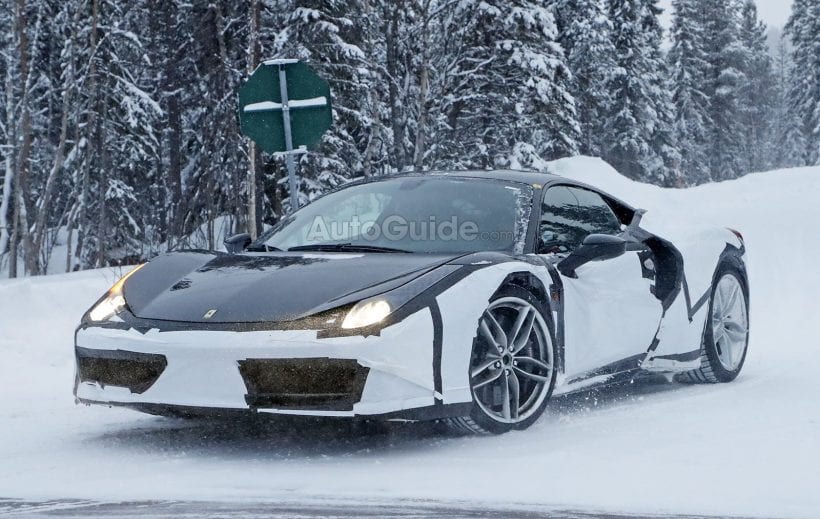 According to the photographers who made these photos, the engine noise coming from under the hood suggests that the model has a turbocharged V6 rather than a V8. The Dino was expected to feature a V6 powerplant, and the company might have equipped the test mule with the Ferrari-built 2.9-litre turbocharged six cylinder unit. The same engine powered the Alfa Romeo Giulia Quadrifoglio with 503 hp but it is a good question if it will offer the same amount of power or the engineers will push that figure higher.

The Italian brand will make the Dino its new base model that will make Ferrari vehicles more accessible to customers which will lead to the overall sales increase. Sergio Marchionne has not yet officially confirmed that this supercar will debut, but we do know that development was put to stop only temporarily. The Dino prototype was last seen in 2015, and this might be the closer to the production model, which means that Ferrari is persistent in making their plans a reality.

Well, it now looks that these rumors might be true as a new model is expected to be released by Italian supercar maker. What we could hear points in the direction that the 2018 Ferrari Dino, a car which will compete with the base Audi R8 and the McLaren 540C, is created for this task. Just like these two, the Ferrari is likely going to cost less than $200,000 making it one of their more affordable cars in the recent years, but still far from what most people can afford. 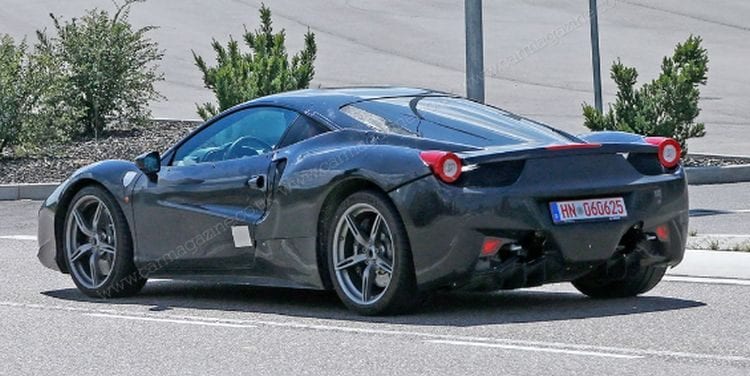 So far there are very few official details about this new model, but it seems that car will likely use the same platform as the 488GTB which is the route McLaren took with their 540C supercar. In fact, not too long ago a test mule was spied which seemed to be a normal 488 but at a closer look the engine note was not the same, and its exhaust tips were missing which might suggest a smaller powertrain. This was basically a confirmation of the fact that the Dino will use a V6, just like its predecessor.

We really hope that Ferrari will manage to release the car by the end of 2017 which would be a bit late to the party but still quite close to the launch of its main competitors and the future R8.

There are quite a few renders of what we think the Dino will look, but so far Ferrari hasn’t confirmed anything about it. We are pretty certain that they are going to take a milder approach than with the 488 so expect curvier lines, smaller side intakes due to the fact the car will use a smaller engine as well as a slightly narrower body.

Under the rear deck lid, the 2018 Ferrari Dino is very likely going to offer a 2.9 liter twin-turbocharged V6 petrol engine, very similar to what Alfa Romeo showcased in their Giulia QV. This engine might be offered in two different outputs, a 450 to 500 horsepower model that would be aimed at the R8 and the less powerful cars out there. The second option would be a model with more than 550 horsepower to compete with the likes of the 570S or the new Audi R8 V10 that pushes the figure to above 600 hp. The Ferrari will likely cost more than pretty much any of its competitors, but it should offer the epic chassis and drive characteristics of its bigger brother, the 488GTB.