Ferrari has recently started to update its lineup, California got letter T along with facelift in 2014, 458 Italia was replaced by 488 GTB in 2015 and FF was replaced by GTC4Lusso last year. That also means that F12 is on the line for some changes, so 2018 Ferrari 812 Superfast is here.

We saw that recent Ferrari styling ideas favor more aggressiveness over elegance and passion. It happened when Italia got replaced by GTB, it happened again when FF was replaced by GTC4Lusso, and it is going to going to be the case with new Superfast. Let’s say that 812 is in more resemblance to tdf model of F12, darker, aggressive and more menacing. It’s still an Italian supercar, so it doesn’t exchange all gracefulness with brutality, and it is still far more tamed in appearance than any Lambo. 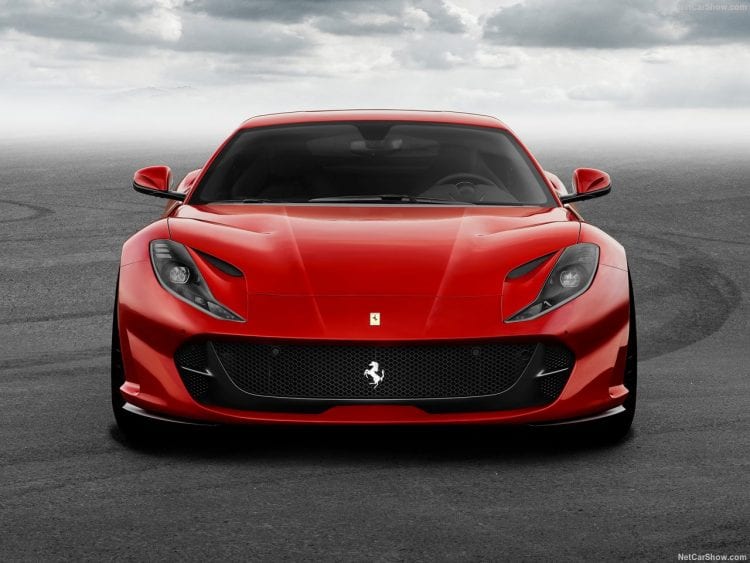 Anyway, pretty much everything is new, meshed grille, dark headlights, differently carved hood and side panels, darken quad tail lights, bigger diffuser, while the rear has obviously taken ideas from GTC4Lusso. If you ever nag about the lack of design aggression with Maranello’s lineup, you will be more than just pleased with these changes.

Influence of GTC4Lusso design ideas is also visible in the new interior. There is a new instrument panel, steering wheel, dash, vents, actually, apart from the lower center console, everything is changed. 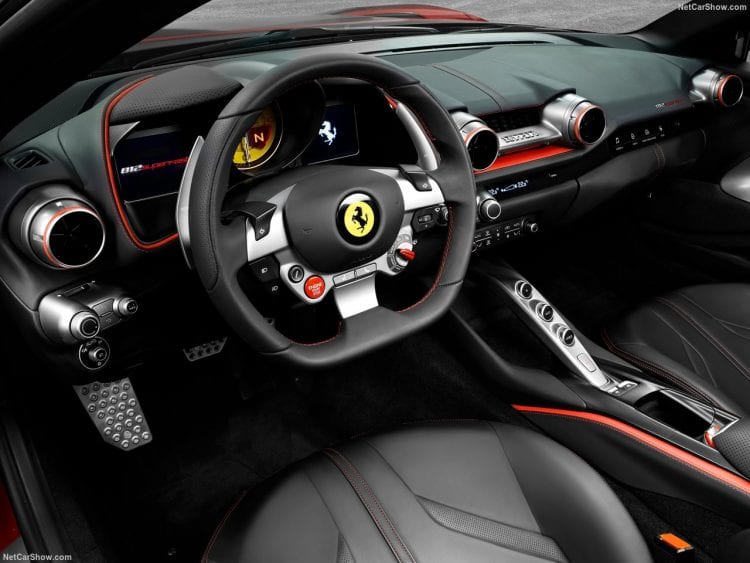 New cabin looks fresh, gorgeous and elegant and inside there is no emphasize on new found angriness as it is done outside. Dash has contrast stitching, and you can choose any color of it, that you like, while also seats are new, now providing better support and when you continue to read this story you will see why you’ll more than need it.

Instead of the F12 6.3-liter V12 unit, we have 6.5-liter V12 powerplant which delivers 789 hp and 530 lb-ft of torque. That is 59 hp and 20 lb-ft more than Berlinetta and even slightly more than the hard-core F12tdf model. And, it is also almost as powerful as LaFerrari, if we put aside electric motor. Or, take it this way- we have 121 horsepower per liter which is the highest number in history for any front-engined production car, ever! Hence the Superfast part, I guess. F12 Berlinetta took 3.1 seconds to 60 mph, tdf version lowered that to 2.9, so that number is the least that we expect from Superfast. Top speed should stay around current 211 mph. 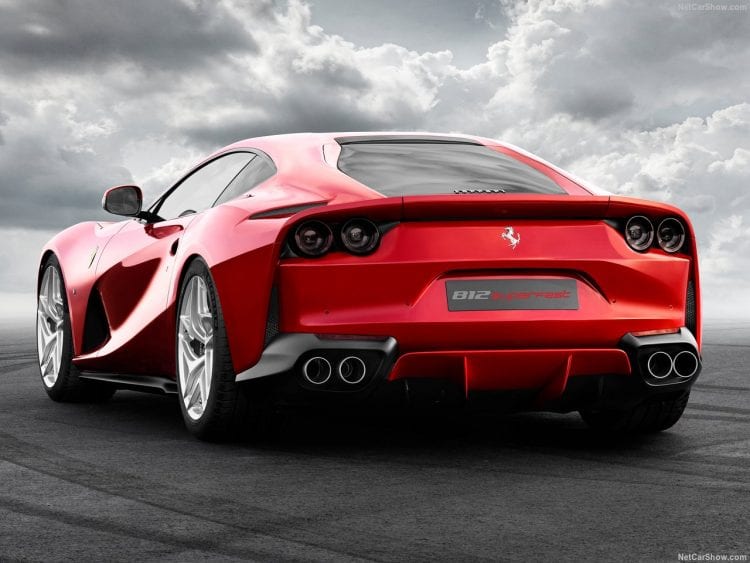 It is not all about more horses, as new model features active flaps at the front and aerodynamic bypass at the rear, so the air ran more smoothly over it. Further to that, this is also the first in the brand’s history to implement electrically powered steering, there is the latest version of Side Slip Control and new Virtual Short Wheelbase system borrowed from the F12tdf model, making rear wheels capable of steering. This all implies that quite brutally fast Berlinetta might now appear bleak in front of Superfast.

2018 Ferrari 812 Superfast is going to raise the price of $325,000 to probably $340,000, and that is more than justified for two reasons. First Lambo Aventador is $100 k pricier than that and second F12 tdf is even $200k pricier. So, 812 Superfast comes as a kind of bargain, not in the literal sense of course, but you know what we mean. As for the looks, if you incline more to brutal power gently coated in elegant, gentleman’s outfit you’ll have to wait some different times as Maranello went furious lately and who knows when it is going to chill out again.