There are brands that were imagined as upmarket from the start, some others evolved into premium and luxury ones by time. In recent history, we saw many attempts from more streamline makers to enter this territory and main condition was always the same, formation of sub-brand, as traditional brand’s badge hardly makes the statement in that case.

At the end of 80’s we saw the birth of Acura, Infiniti, and Lexus, and two years ago Genesis finally became a separate division. Citroen decided that it also has enough perk to join this segment and it formed sub-brand DS in 2009 which in 2014 became a standalone brand. The first car, the DS3, had decent success, but DS4 and DS5 haven’t been so shiny after it. Anyway, the French company is preparing another invasion, and 2018 DS7 Crossback has just arrived.

Citroen openly admitted that they are not at the same level as posh badges from other premium rivals, so they had to do something unusual, and they are good at that, check out their history after all. That story led to us to here and one of the most striking compact SUVs of today. 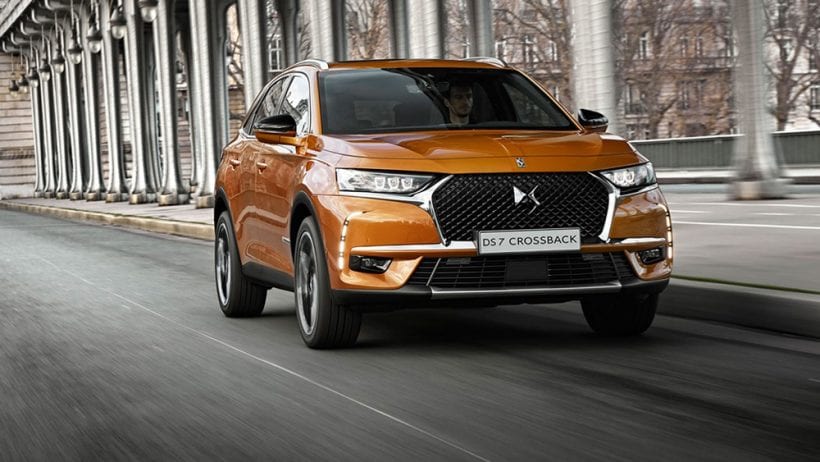 Huge meshed grille, surrounded on the sides with a big amount of chrome, horizontal thick chrome line across whole front bumper, full active LED headlights and gently bulged hood. All this might not be as eccentric as DS5, but it certainly looks more refined. Attention to details is superb, and if you look closer, you’ll notice beautiful 3D diamond shaped pattern withing tail lights. This is definitely “the” most mature design statement from French company lately and visually proper representative of premium echelons.

If you are amazed by new Panamera‘s cabin, you’ll be also impressed with this one. They are far from identical surely, but clear and clean dash dominated only by the huge screen is established recipe for refined style. Everything is shaped angular or sharp, but not in an intimidating way, more in the way of smart and serious elegance. 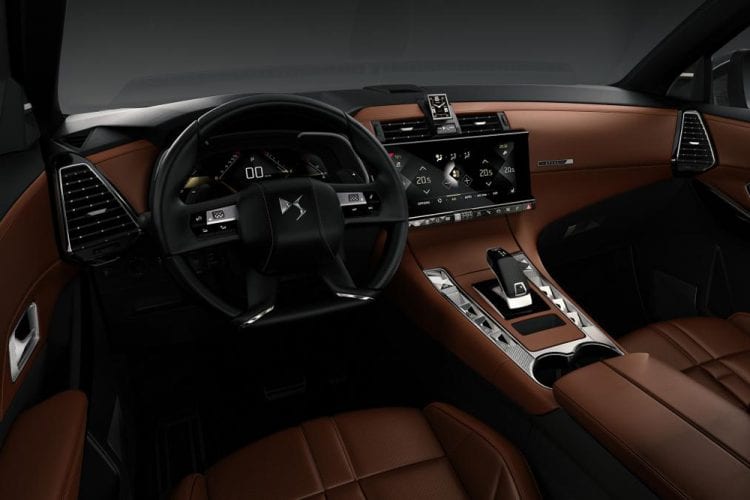 We already know that Citroen is a master in seat comfort as well as astonishing design, so visually these will traditionally leave you breathless, and as in each DS model, they are work of art. Mentioned screen is 12-inch one, and another same sized unit sits at the place of instrument gauges. The special touch here would be the classy analog clock, that rise at the top of the dash when the car is started, posing as the contrast to all digitization of the cabin.

DS7 will use EMP2 platform already utilized by many PSA models, but it will stretch it further for bigger dimensions. Engine wise, the starting point would be 1.2-liter I3 delivering 130 hp, followed by more powerful 1.6-liter unit and a couple of diesel options. 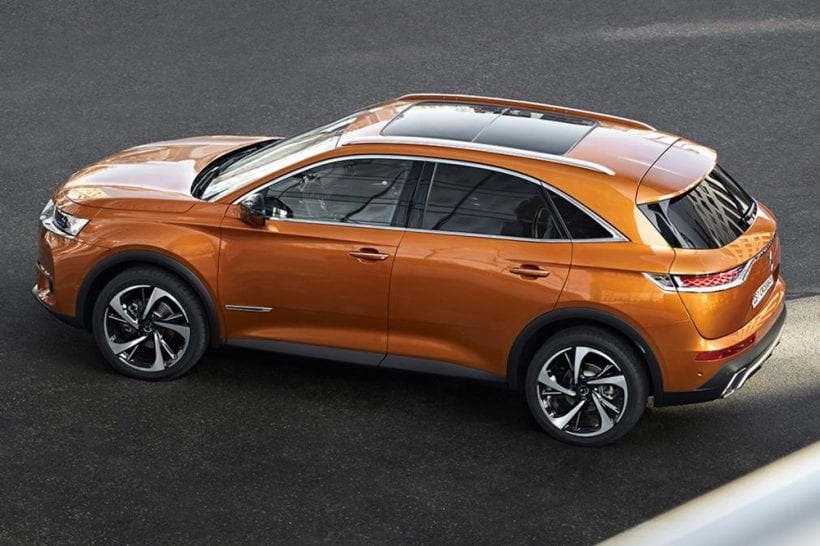 Most interesting thing here would be E-TENSE plug-in hybrid model, which combines a 1.6-liter turbo petrol engine with two electric motors with the total power of 300 hp, and ability to travel solely on electricity for 37 miles. Citroen already dropped its famous hydro-pneumatic suspension, but it worked hard on alternatives. That produced Active Scan system that actually scans the road ahead and prepares adaptive dampers before they reach the surface or potholes, same thing as Mercedes has introduced just recently.

2018 DS7 Crossback has many rivals to tackle, and most of them carry way posher badges. But Citroen is doing the game properly in this case. It tried to apply German recipe with French’s C5 model, and that failed, so DS7 stays pure Citroen, immensely comfortable at the expense of cornering joy, unordinary, incredibly stylish, and undercutting German trio in price. Volvo badge doesn’t carry as much heritage as Merc’s one but XC60 outsells them all, so we know it is possible. We don’t say that DS7 is new XC60, but future best seller in DS lineup? Quite possible!